On Sept 3, North Korea conducted its sixth nuclear test. Seismic readings suggest that the test was conducted in Punggyeri nuclear test site in North Hamgyong province. The explosion is estimated to be five to six times more powerful than the previous nuclear test with seismic reading indicating a magnitude of 5.7[1]-6.3.[1] The North Korean state media announced that it has successfully conducted a hydrogen bomb test and emphasized that the miniaturized nuclear weapon can now fit on top of an ICBM.

The analysts claim that the sixth nuclear test is a ‘game changer.’[2] The sixth test may be be a turning point for the Moon administration as President Moon moved to expedite the deployment of four additional THAAD launchers. Conservatives welcomed the move while progressives including the Justice Party condemned the Blue House for changing its stance on the missile defense system.[3]

The US and South Korea also agreed to revise the missile guideline capping the development of ROK’s ballistic missiles.[4] South Korea’s missile development was previously limited to a range of 800 km and payload weight of 500 kg. The new agreement lifts the upper limit on the payload allowing South Korea to develop more powerful missiles.[5]

Various media outlets also reported that the Defense Minister Song Young-moo mentioned the possibility of considering the reintroduction of the US tactical nuclear weapons.[6] He later denied making such statement.

On Sept 7, President Moon Jae-in ordered the deployment of four additional Terminal High Altitude Area Defense (THAAD) launchers.[8] This is a significant departure from the administration’s previous position which was to delay additional deployment until the completion of the environmental impact assessment.[9] This position, however, was not sustainable given the rise in the scale and frequency of nuclear/missile tests conducted by North Korea.

During his meeting with Prime Minister Abe, President Moon agreed to put aside history issues and focus on managing the North Korean threat.[11] The two sides agreed to work together in passing a new UN Security Council resolution which would suspend oil exports to North Korea.[12]

President Moon’s popularity appears to be declining with his approval rating hitting 72%, which is the lowest level recorded since the inauguration. Much of this appears to be driven by his failure to address the North Korean nuclear problem. 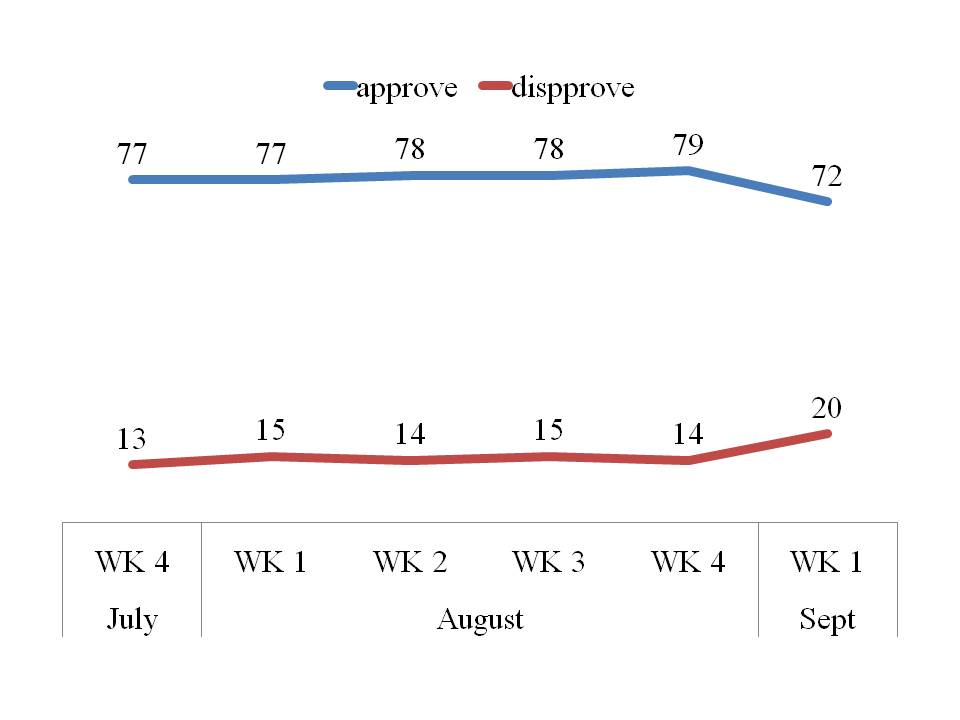 The latest statement by the US Trade Representative Robert Lighthizer on Sept 5 suggests that the US will move to amend the KORUS FTA rather than scrap the deal altogether. Many observers in Seoul are quite anxious as to how to interpret President Donald Trump’s remarks about “terminating” the longstanding FTA between South Korea and the United States.[16]  South Korean government’s official position is to wait until the US issues an official statement about its plans for the KORUS FTA. However, the Minister of Trade, Industry and Energy (MOTIE) Paik Un Gyu stated that the government is preparing for different scenarios.[17]

On Sept 4, the Seoul High Court dismissed Qualcomm’s request to reconsider the US$927 million penalty levied by the Korea Fair Trade Commission (FTC). The Court ruled that Qualcomm should observe its obligations to fair, reasonable, and non-discriminatory terms (FRAND) based on findings that the company was engaged in unfair cross-licensing agreements.[18] These agreements effectively left mobile phone manufacturers like Samsung with no alternative supplier than Qualcomm. Following the decision by the Seoul High Court, Qualcomm announced on Sept 5 that it will file an appeal to the Supreme Court.[19] Two primary points of contention in these proceedings will be (1) the extent to which Qualcomm will face significant deprivation as a result of the FTC penalty and (2) if Qualcomm violated its due diligence in observation of FRAND.[20]

Samsung’s market performance appears to be unaffected by the sentencing of its beleaguered leader, JY Lee. Samsung stock price appears to be buoyed by the rise in the sale of its semiconductors and new Galaxy S8 mobile phones. Analysts are expecting the sales to reach 15.5~16.6 trillion KRW in the 4th quarter.[21] 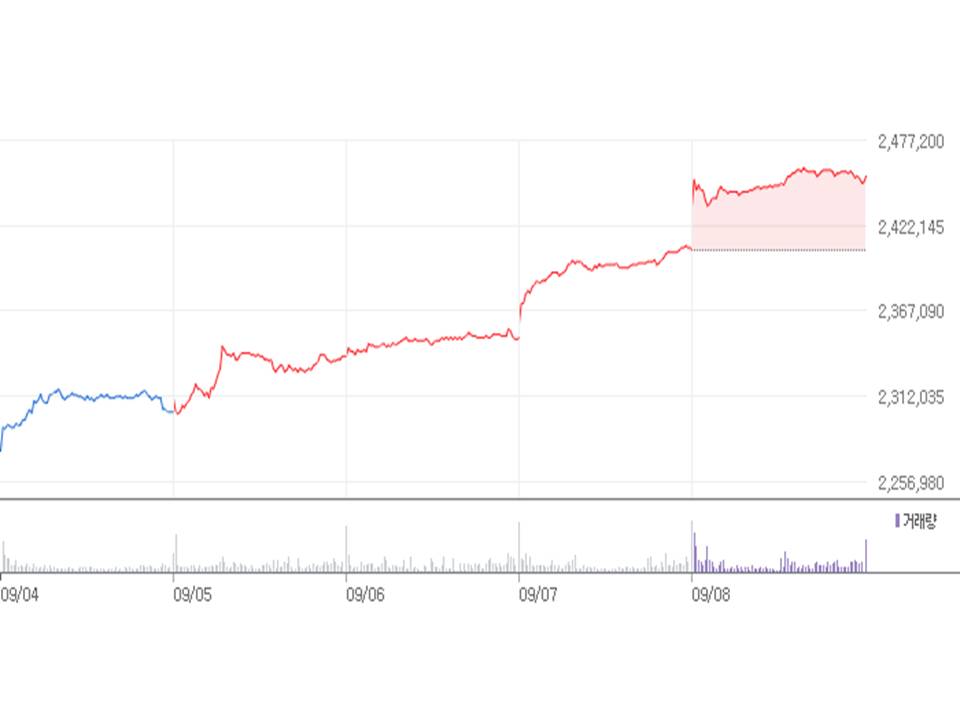