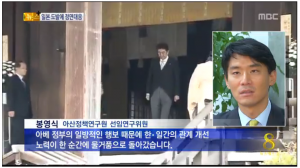 Japan Taking Their Conflict to the World