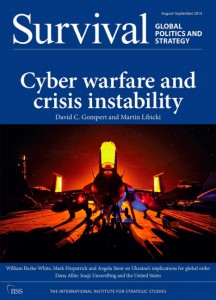 Professor Easley examines the implications of the National Security Agency (NSA) surveillance controversy for trust and security cooperation among the U.S. and its allies in the journal, Survival.  Responses to the Snowden revelations were less strident in East Asia than in Europe and Latin America, suggesting the importance of domestic political context and cybersecurity concerns regarding China.  NSA activities fit a pattern of “trust but verify” more than a breach of trust.  The biggest “trust but verify” issue in international politics today involves the rise of China, and American allies and partners share a broad set of interests and values on international standards for governance.  These are standards to which the NSA should be held, but that should be more urgently applied to China’s cyber activities.