President Moon Jae-in will meet President Donald Trump for the first time when he visits Washington, D.C. on June 29-30.[1] The agenda for the summit meeting is still being drafted although many expect the two leaders to discuss the KORUS FTA, the alliance, and North Korea, among others.[2] There is a possibility that THAAD may be left out of the agenda given the recent controversy over President Moon’s decision to suspend further deployment pending an environmental impact assessment.[3]

Regardless of the agenda, all eyes will be on President Moon and whether he can establish a good rapport with President Trump. He has asked opposition party members[4] along with a number of businessmen to join him on this trip.[5] However, he will be without his foreign minister nominee Ms. Kang Kyung-wha, who is still being vetted by the National Assembly.[6]

On June 5, President Moon ordered the Ministry of Defense to carry out a thorough environmental impact assessment of THAAD.[7] This order came after the Blue House realized that the Defense Ministry tried to cut short the deployment schedule by making the construction look smaller in scale.[8] The law requires an environmental impact assessment for any construction involving more than 330,000 square meters of land. Last year, the Defense Ministry announced that only 328,970 square meters of land would be used during the first phase of the deployment, which allowed the government to forgo a full-scale assessment.[9] The size of the land that the Defense Ministry received in a land-swap deal with Lotte Group was 700,000 square meters.[10]

The Blue House assured Washington that this was not an effort to pull back the American missile defense system. Moreover, it announced that the two batteries already placed in Seongju will not be affected by the environmental assessment.[11] However, observers note that the environmental review could take up to a year,[12] which would delay the placement of remaining batteries. President Moon and the ruling Together Democratic Party are also considering whether to push the THAAD issue for ratification at the National Assembly. 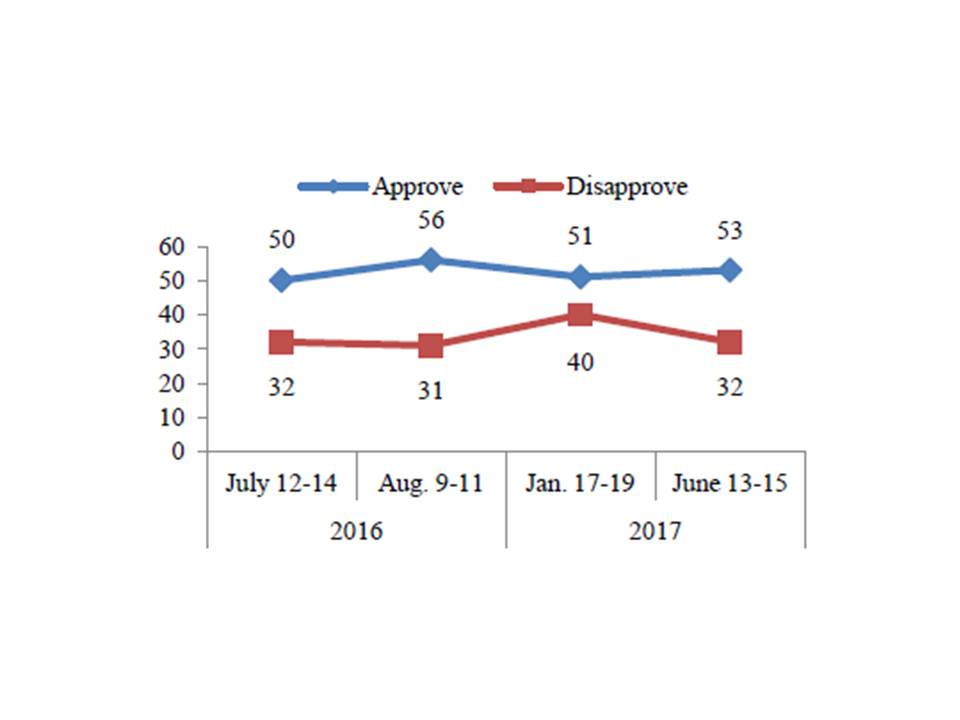 A North Korean drone was confirmed to have taken pictures of the THAAD base in Seongju. The timeline of the drone’s activity is not clear but best estimates suggest that the photographs were taken over the last two weeks.[14] Five North Korean drones have been found in South Korea so far but many more would have succeeded in returning to North Korea undetected. There is a concern in Seoul that similar drones can be used as weapons if they carry explosives or biochemical materials.[15] Although the recent drone was significantly better in design compared to those found in 2014, there were several notable technical shortcomings. For instance, the surveillance camera did not have a high-resolution capability and the drone did not have the capability to transmit information remotely.[16]

President Moon faced strong opposition on the nominations for his cabinet in the National Assembly. In particular, the parliamentary opposition was focused on the foreign minister nominee Kang Kyung-hwa and Korea Fair Trade Commission Chairman Kim Sang-jo. However, the administration has already appointed Kim as the FTC chairman and observers are suggesting that he is likely to do the same for Kang. Moon has raised the possibility of forcing through the appointment without parliamentary approval given the high public approval rating of Kang and the need to fill the head position for the Ministry of Foreign Affairs. Historically, 34 nominees have been appointed to key cabinet positions since 2005 even when there was opposition in the National Assembly.[17] If the Blue House decides to finalize Kang’s appointment without parliamentary consent, it is likely to face stiff opposition for the remaining nominations and the upcoming budget request.[18] 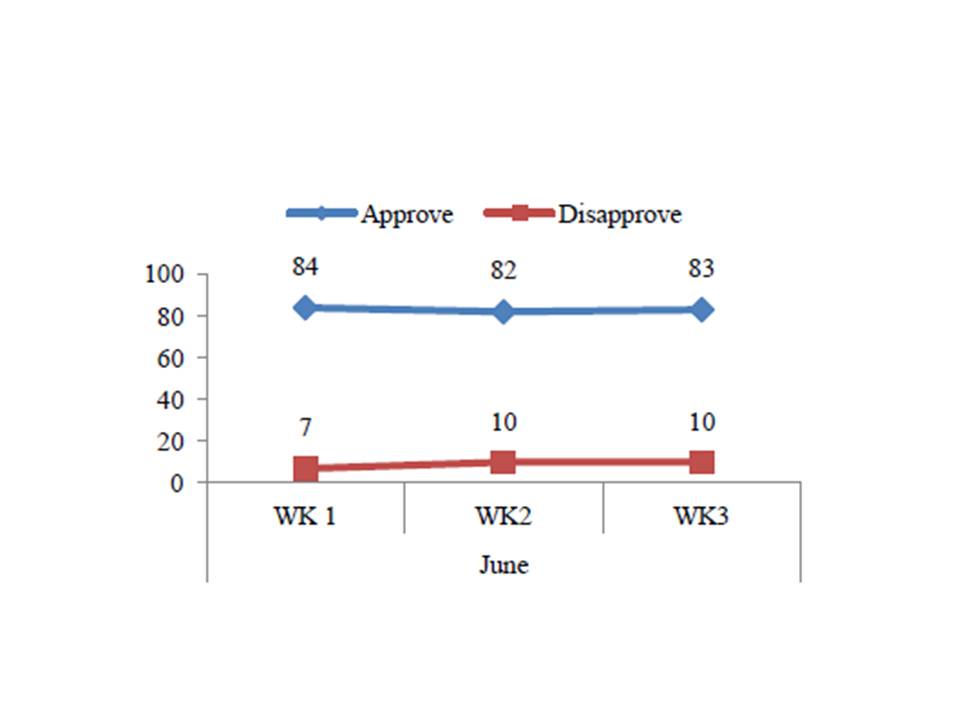