During July 5~8, President Moon attended the G20 summit in Hamburg, Germany. President Moon saw the G20 as an opportunity to elevate the North Korean nuclear issue onto the international stage; however, he fell short of this objective due to opposition from China and Russia.

Assessments are mixed about President Moon’s performance at the G20. First, the President formally stated his policy of engagement with North Korea through the so-called “Berlin Declaration” but North Korea characterized this statement as “utter nonsense.”[1] President Moon also conducted one-on-one meetings with Xi Jinping and Vladimir Putin, but he was unable to score substantive gains from these meetings. Instead, the Korean media coverage of the meeting with President Xi was heavily criticized as Xi was reported to have described China’s relations with North Korea as “being bound together by blood.”[2]

President Moon’s popularity, however, appears to be holding steady at about 80%. 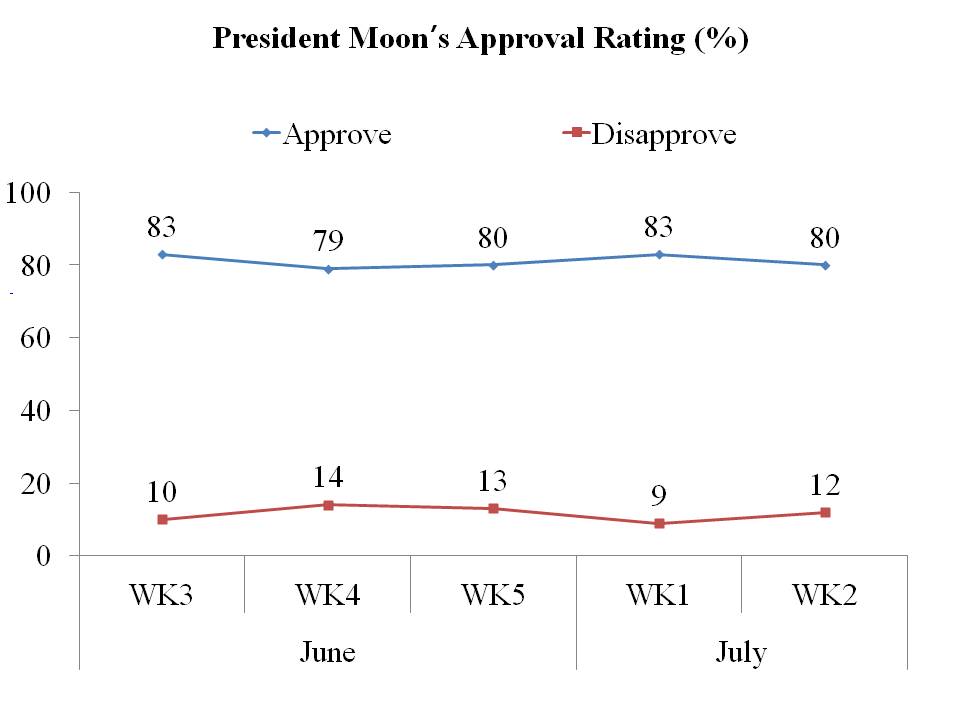 The United States Trade Representative (USTR) has issued an official request to establish a special joint committee to “consider matters affecting the operation of the [KORUS FTA], including possible amendments and modifications.”[4]

Although there is much debate in the Korean media about the possibility of renegotiating the KORUS FTA, the Director for Ministry of Trade, Industry and Energy explained that the precise terms of the agreement are “possible amendments and modification,” not renegotiation.[5] Critics argue, however, that the US wants de facto renegotiation. Others advise that Seoul should take things slowly rather than being dragged hastily into any new negotiations. The South Korean government has stated that in the event of any renegotiation, the agricultural sector will not be open for discussions.[6]

16 days after the People’s Party (PP) election misconduct scandal, Ahn Cheol-soo issued a public apology. Although he previously denied having any knowledge of this matter, he admitted that he is “politically and morally responsible.”[7] He also added that he would “lay everything down and take some time off for remorse and introspection.” But he did not announce his resignation. It is unclear whether the public has forgiven Ahn. The PP’s future also remains uncertain with support for PP lowest among all active parties at about 5%. 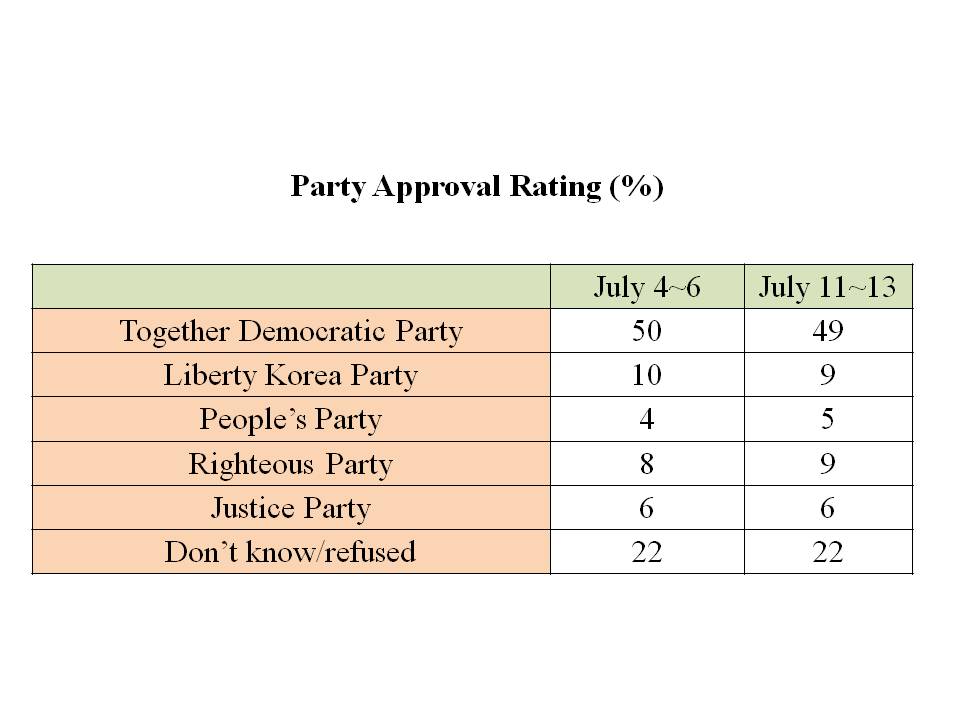 The final arguments for Vice Chairman of Samsung Electronics JY Lee are scheduled for August 2 with former President Park Geun-hye and Choi Soon-sil having been called as witnesses.[10] This means that sentencing is likely to be scheduled for the end of August.

The trial has lasted for over three months but the Special Prosecutors (SP) have yet to present any consequential evidence to convict Lee on charges of bribery.[11] The evidence thus far looks circumstantial. Park’s testimony, therefore, is crucial. But the former president has yet to appear in court due to an injury to her foot.[12]

There is a late breaking twist to this saga as a result of Chung Yoo-ra’s testimony.[13] Chung has provided the SP with evidence to strengthen the claim that Samsung’s support for Chung was an indirect form of bribery to Park Geun-hye.[14] The Blue House also released some documents on July 14, which suggests that the Park administration was involved in Samsung’s leadership succession.[15]

The Choi Soon-sil scandal is being linked to another possible case involving the duty-free licensing in 2016. The Board of Audit and Inspection (BAI) released a report on July 11 that the Korea Customs Service fabricated data related to the licensing of duty-free shops last year.[16] In particular, the report suggests that the Customs Service distorted data to disqualify Lotte in the first two rounds of bidding. In effect, Lotte’s licensing rights appear to have gone to Hanhwa and Doosan. It also happens to be the case that these two firms made large contributions to  Choi Soon-sil’s foundations leading up to the bidding process. The investigators are looking into the possibility of a quid-pro-quo exchange between these firms and the Blue House.[17] Lotte did eventually gain the licensing rights in the third round of bidding but this came a month after a private meeting between former-President Park and the CEO of Lotte. The SP is also investigating the nature of this meeting.[18]

The BAI is accusing the former head of Korea Customs Service for tampering evidence. It also claims that four former and current employees of the Customs Service fabricated data and drafted a false report.[19] 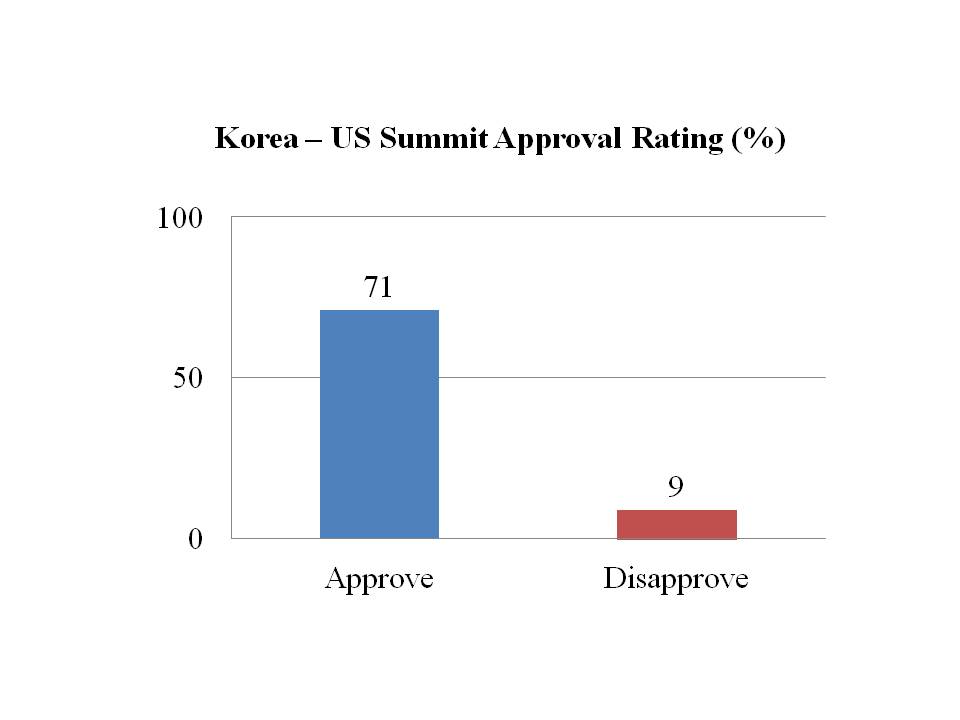