Escalation on the Korean Peninsula

The tension on the Korean Peninsula is escalating with the leaders of North Korea and the US exchanging confrontational words. Following President Trump’s comment that North Korea will be met with “fire and fury,” Pyongyang has announced the possibility of targeting international waters 30-40km from Guam. In a telephone conversation with President Trump, President Moon emphasized that a second Korean War is unacceptable.[1]

So far the South Korean public mood is relatively subdued. Korean media, however, has expressed concerns over the Moon administration’s inability to manage the escalating crisis.[2] The Korean government has also failed to pass any resolution on North Korea.[3] Moreover, the South Korean public remains divided on many security-related issues including the deployment of THAAD. For instance, some Koreans see Mr. Trump’s strong rhetoric as a trigger for war while others see it as his way of trying to change North Korean behavior.[4] Some pundits worry about the possibility of “decoupling” or abandonment of South Korea by the US.[5] More people are calling for enhancing South Korea’s defensive capabilities, including the possibility of redeploying US tactical nuclear weapons.

Ahn Cheol-soo, the co-founder of the People’s Party (PP) announced that he will seek the PP leadership position. He argues that his leadership is necessary in order for the PP to be victorious in next year’s local election. The party suffers from low public support, following the election misconduct scandal.[6]

Ahn’s decision drew sharp criticism from the public and PP members. His decision was considered untimely especially after 2 members of his party were arrested for attempting to manipulate the presidential election.[7] In a public apology, Ahn said he will take time off for introspection. 12 of his party members issued a statement stating that Ahn should take responsibility.[8] So far, the PP has accepted four people in an official bid for leadership; Ahn Cheol-soo, Chun Jung-bae, Chung Dong-young, and Lee Un-ju.

On Aug 2, the Moon administration announced changes to real estate tax.[9] The goal is to reduce short-term speculative investment in real estate.

The public opinion appears to generally favor the change with 44% of respondents supporting the policy and 23% opposing. Similar measures were adopted under the Roh Moo-hyun administration, which temporarily stabilized the housing market but failed to stem the rise in real estate price in the long term. The Moon administration argues that the previous failures were due to excess liquidity. Under the latest measures, the loan-to-value (LTV) and the debt-to-income (DTI) will be set at 30% for multiple homeowners. The current LTV ratio is at 70% and DTI set at 40%. Experts say that this is the toughest regulation on the housing market to date but that the government may still fall short of stabilizing the housing price since there is no way to increase supply in the central metropolitan areas.[11]

Q: Do you approve the real estate reform?[12] 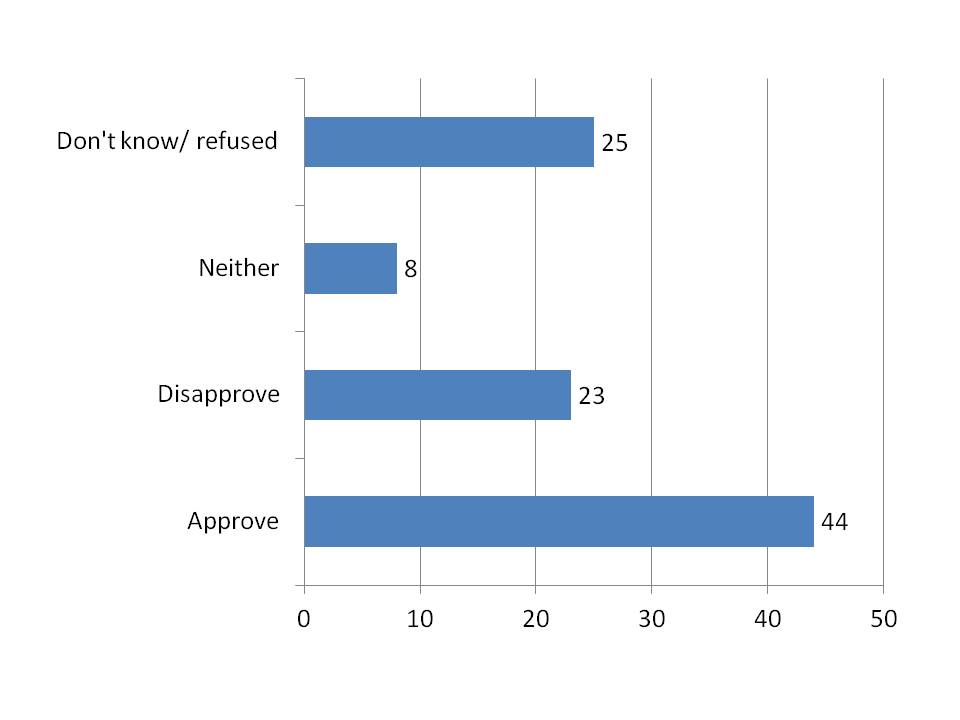 Q: Do you think prices of house property will go up or down in the next year?[13] 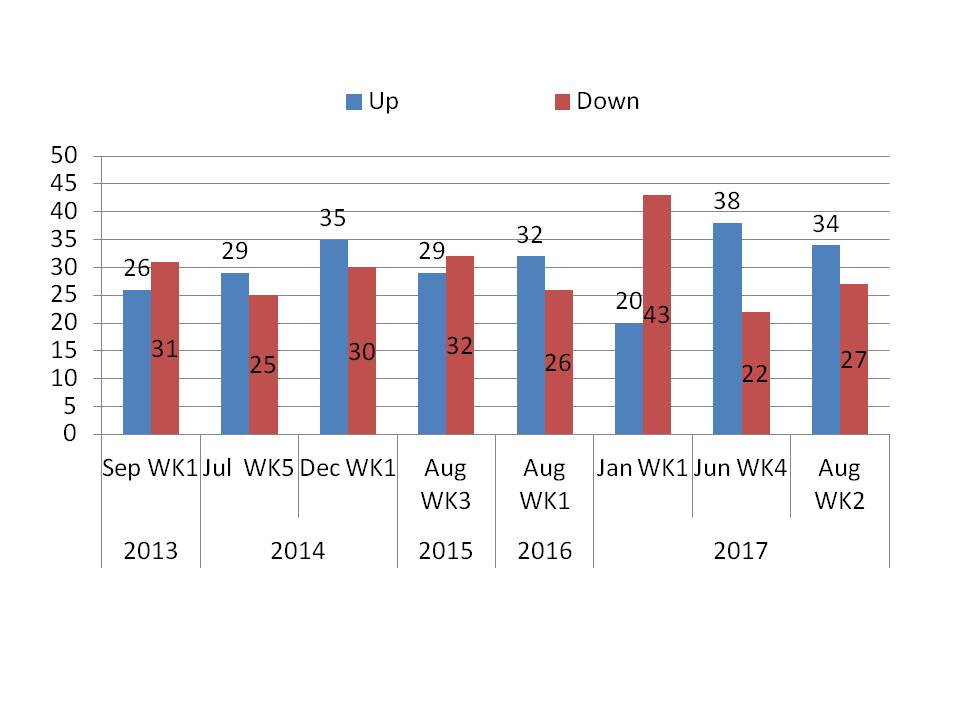 On Aug 2, the administration released plans to overhaul the existing tax code.[14] The proposal raises the tax rate on high-income earners and large corporations.

There is strong disagreement on the corporate tax issue. The government’s proposal suggests increasing the top corporate tax rate from 22% to 25%. The Liberty Korea Party strongly opposes this change.[15]  The parties, however, have expressed some willingness to negotiate on other proposed changed.

The market response has been somewhat negative with KOSPI showing a steady decrease by 40.78 points (1.68%) in the wake of these announcements.[16]

The special prosecution (SP) is seeking twelve years behind bars for JY Lee’s bribery charge. The penalty is considered to be on the harsher side. This would be one of the longest prison terms for white collar conviction among chaebols if the sentencing follows the SP recommendation.[17] The court will deliver the sentence on Aug 25. The sentencing decision will depend on whether the evidence is circumstantial.[18] 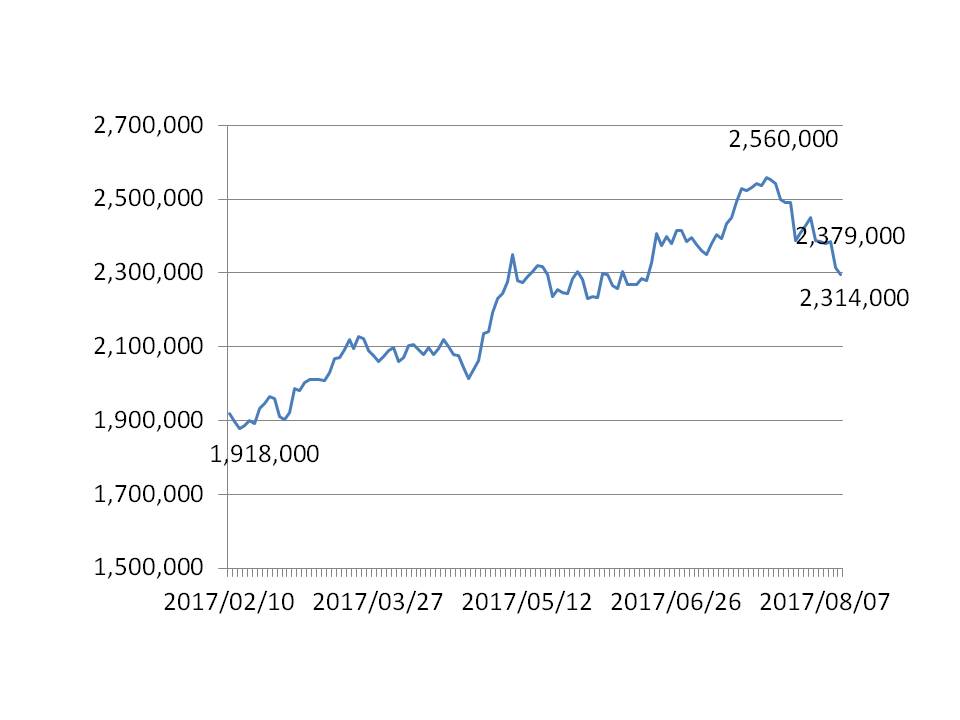 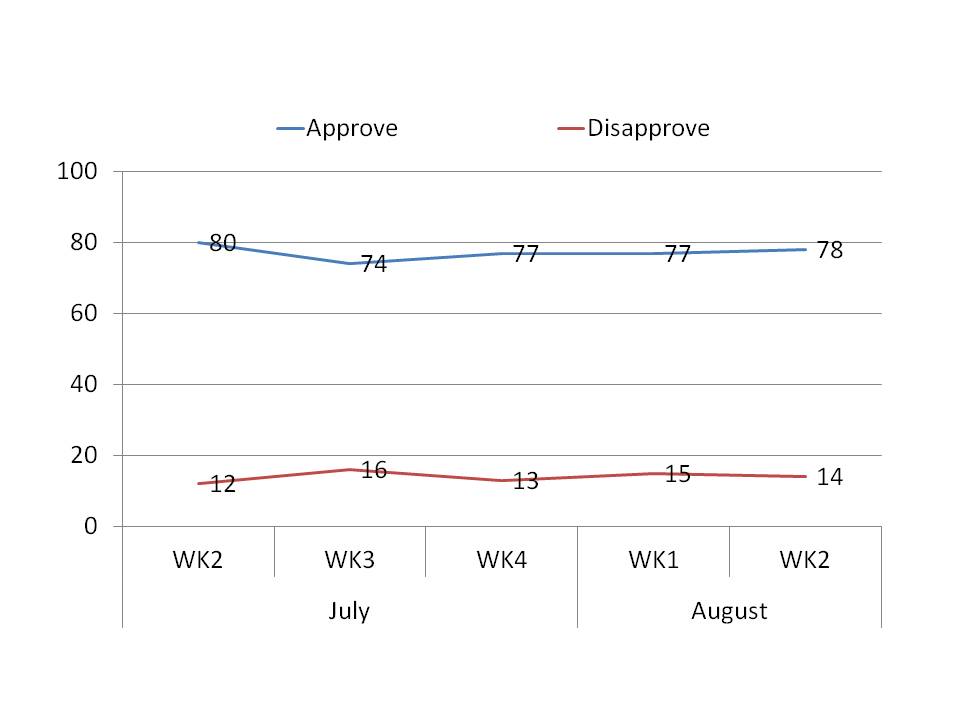 10 Capital gains tax increase applies only to Seoul, 7 cities in Gyeongi province, 7 cities in Busan, and Sejong. These rates apply to only those who have two or more houses.