South Korean President Moon Jae-in met US President Donald Trump in Washington, DC on May 22.[1] The two leaders discussed North Korea’s denuclearization. While President Trump acknowledged the difficulty of all-in-one denuclearization, he mentioned the possibility of canceling the meeting with Kim Jong-un if certain conditions are not met.[2] President Moon reiterated North Korea’s willingness to hold the US-DPRK summit and also suggested a possible US-ROK-DPRK trilateral.[3]

The meeting between the two leaders lasted only 21 minutes but the Q&A lasted about 34 minutes. Some observers claimed that President Trump purposefully did this to send a message to China and North Korea.

Amid speculations that the US-DPRK summit meeting may be called off, President Trump abruptly pulled out of the meeting on May 24, citing Kim Jong Un’s angry and hostile statements as his reason for canceling the meeting.[4] It was an embarrassing moment for President Moon whose success of the North Korean policy depended on the US-DPRK summit. The Blue House was not informed of this decision prior to President Trump’s announcement.[5] President Moon expressed regret and emphasized the importance of holding the meeting.[6] Kim Jong-un calmly responded by expressing his desire to hold the meeting if Trump changes his mind.[7]

The two Koreas held a second inter-Korean summit on May 26, following President Trump’s announcement to pull out of the June summit.[8] The meeting was held on short notice with the expressed intent to bring the US-DPRK summit back on track.

Some experts stated that the meeting lacked substance while others claimed that the meeting was crucial. For some, President Moon looked like he was back in the ‘driver’s seat’. Others pointed out that no progress was made on the issue of denuclearization.[9]

The opinion also remained divided along political lines. The left-leaning Together Democratic Party (TDP) and Justice Party welcomed the inter-Korean summit, while the right-leaning Liberty Korea Party (LKP) and Bareun-mirae Party were skeptical of President Moon’s position on denuclearization.[10]

On May 27, President Trump announced that he will press ahead with the talks in June as previously scheduled.[11] To lay the initial groundwork, a series of high-level meetings were held in Panmunjom and New York. Sung Kim, the US Ambassador to the Philippines met North Korea’s foreign ministry official Choi Sun Hee on May 27 and May 30, while the US Secretary of State Mike Pompeo met Kim Yong Chol on June 1.

The Bank of Korea (BOK) Monetary Policy Board met on May 24 and decided to keep the base rate at 1.5%. The BOK stated that the 0.25p increase at the end of last year was proving to be effective.[14] Fears about a possible rise in price as well as weak employment appeared to have played some role in the BOK’s decision.[15]

The National Assembly passed the much disputed and delayed supplementary budget on May 21. While spending related to boosting youth employment was lower than expected, public investment in social overhead capital (SOC) was sizable. The decision allocates more financial resources to provincial SMEs in industrial clusters that have been struggling to attract young talent. This move has been criticized as being motivated by political concerns due to the upcoming provincial elections in June.[16]

The supplementary budget has been set at KRW 3.83trn (USD 3.57bn), which is KRW 21.9bn (USD 20.39mn) less than the proposed amount. Part of the reason for the modest budget increase was lower than expected spending. The government appears to have significantly lowered spending on youth employment. Instead, the items that received increased budget allocation were largely focused on air purification and highway construction.[17] 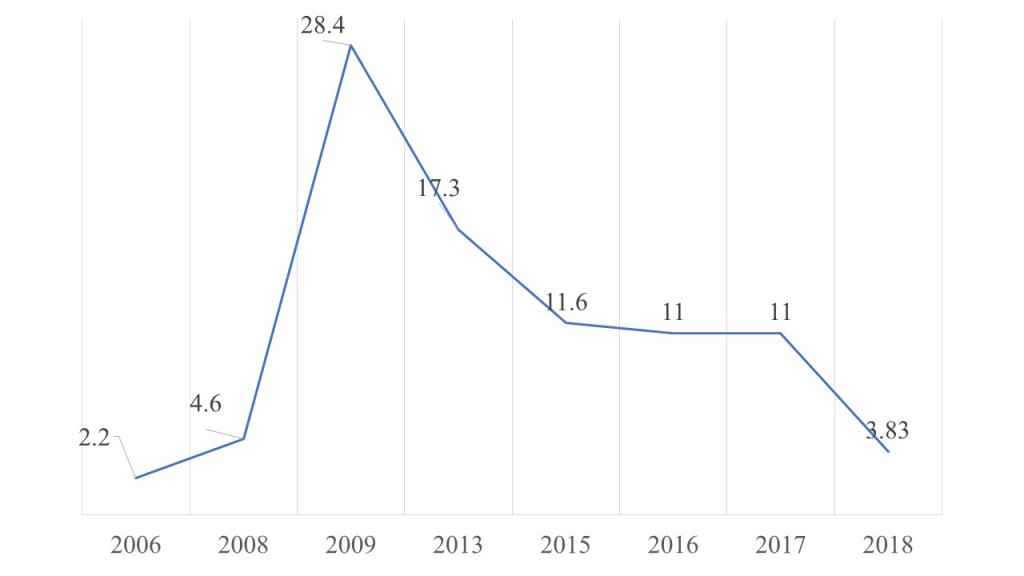 On May 31, the Ministry of Strategy and Finance (MoSF) held its National Finance Strategy Meeting where President Moon Jae-in called for a more active role of public finance.[18] Expanding government expenditure requires increased tax revenue, but increasing tax was not mentioned during the meeting. Instead, the government stated that the tax system needed reform for greater efficiency. Kim Dong-yeon, who heads the MoSF, stated that by 2020 current marginal increases in tax revenue will begin to slow down. President Moon called for continued efforts to drive up employment of younger and older workers, but some argue that the interventionist fiscal policy may not be the answer.[19]

Amendments to the Minimum Wage Law

On May 25, the National Assembly passed the proposed amendments to the controversial minimum wage law that have been viewed as passing excessive cost burdens onto firms, especially SMEs. The amendment stipulates that firms without labor unions should not discount benefits (such as the bonus) from the minimum wage. Those firms with labor unions must strike a bargain on what can be discounted from minimum wage. The Korea Employers Federation and the SMEs have been critical of these changes, saying that it worsens rather than eases operational hardships.[20]

Due to a prolonged recession in the shipbuilding and marine industry, the government identified five areas that are to benefit from support programs including tax exemption, financial support, and infrastructure development. Many of the workers in these areas have fallen victim to cyclical or structural unemployment. This designation and its contingent benefits are to last for one year.[21] 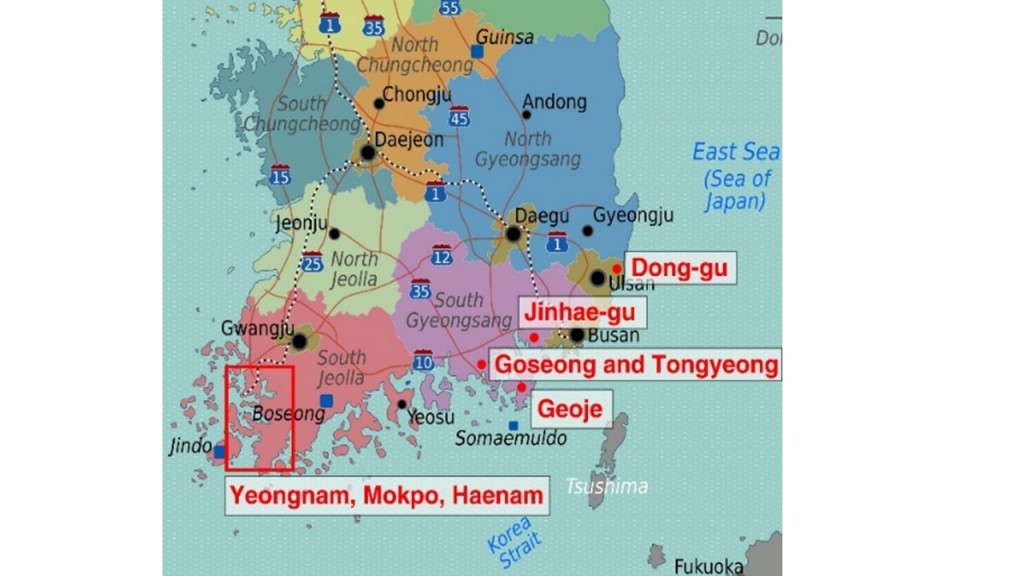 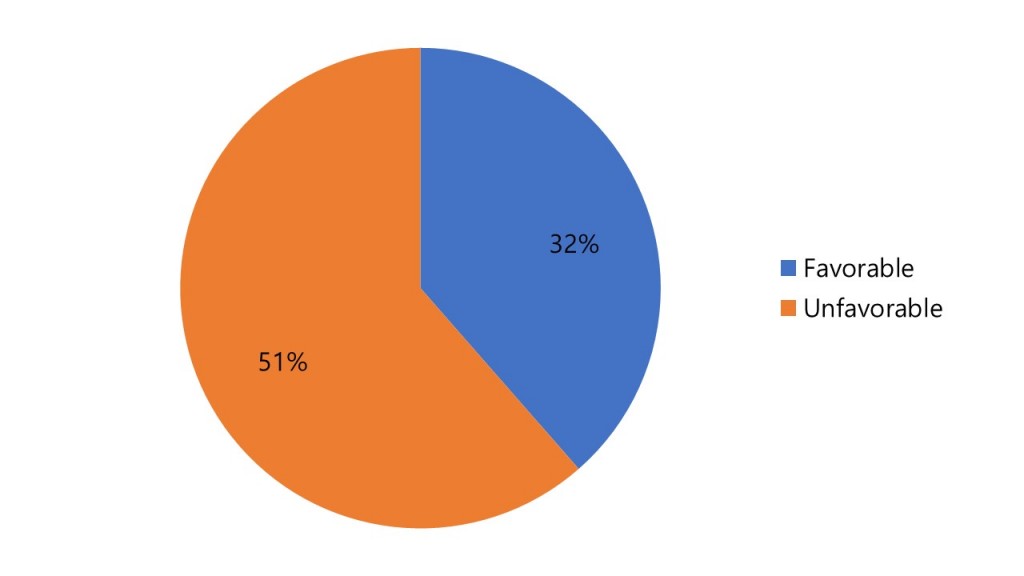 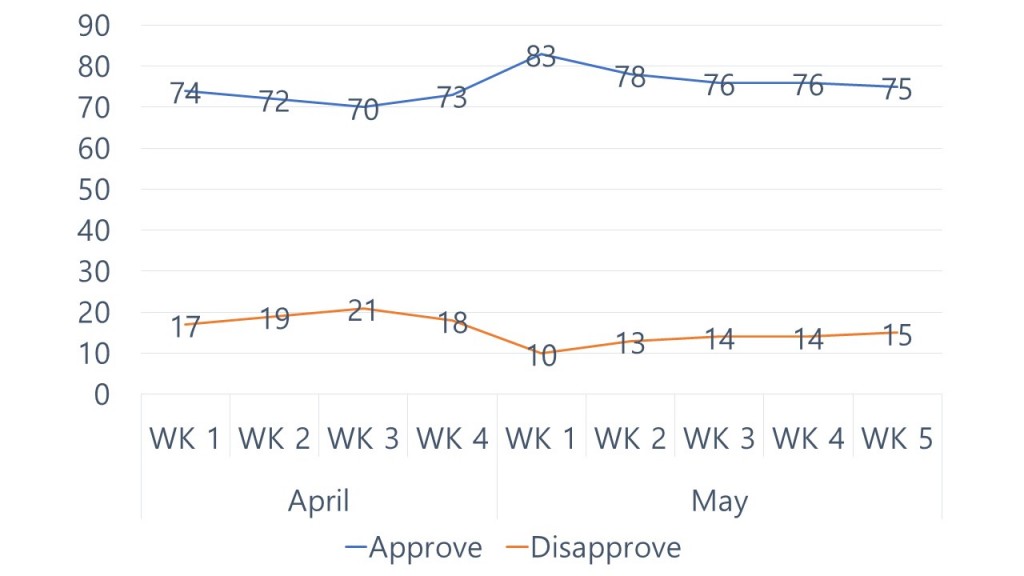