The second inter-Korean high-level meeting was held on Aug 13 during which the two sides agreed to examine and actively implement the Panmunjom Declaration. In a joint press release, the two Koreas stated it would hold the third inter-Korean summit in September.[1]

On Aug 15 marking the Korean Independence, President Moon addressed the nation emphasizing the importance of the end of the war declaration, peace treaty, and complete denuclearization.[2] As part of his message, he also announced the importance of inter-Korean economic cooperation. In particular, he proposed creating an East Asian Railroad Community that could potentially expand into an energy and economic community.

President Moon’s support rating fell to 56% amid stagnant employment and increasing dissatisfaction over his income-led growth policy.[3] The approval rating for his political party (TDP) is also declining.[4] 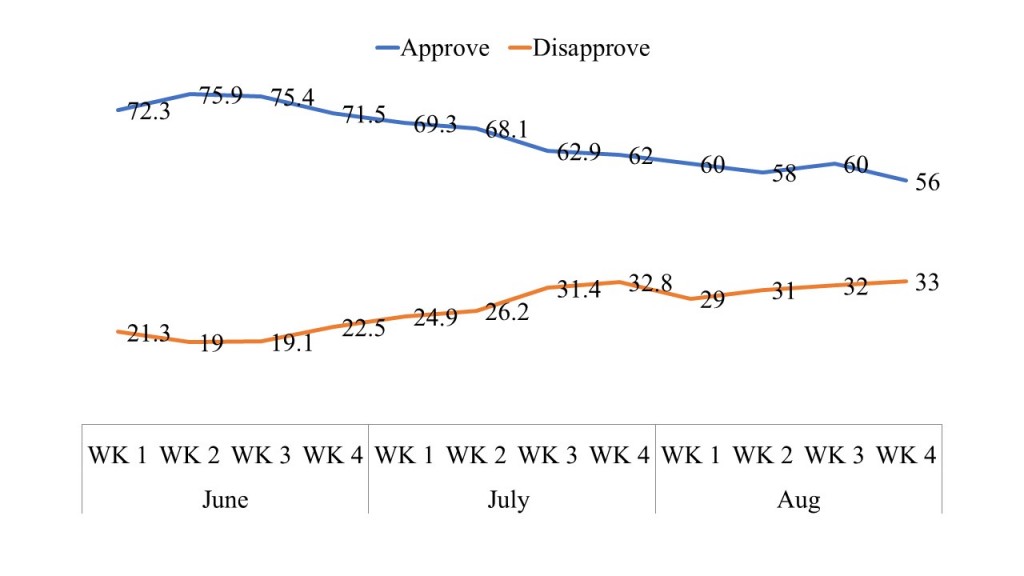 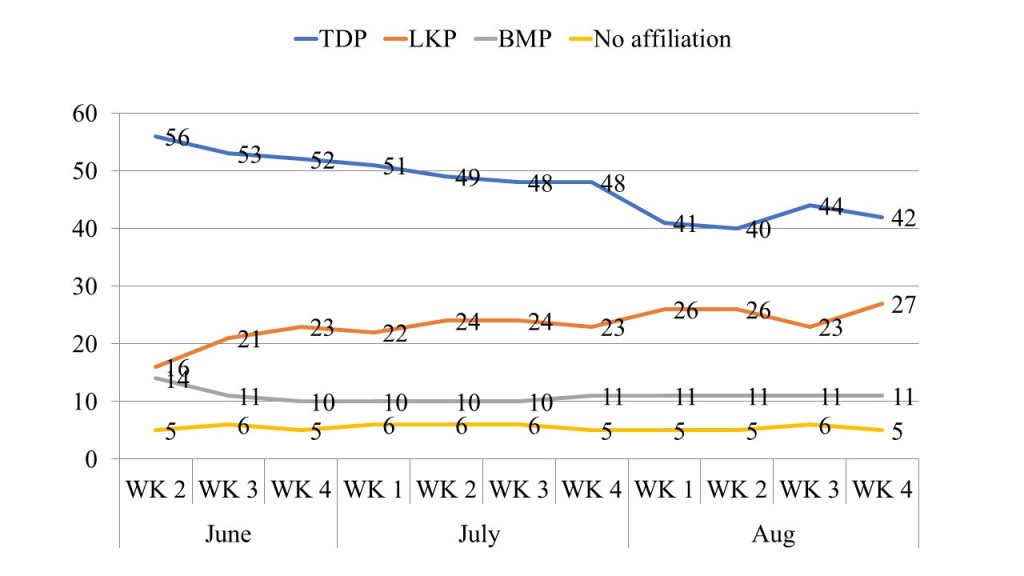 In keeping with the Panmunjom Declaration, the two Koreas agreed to open an inter-Korean liaison office on Aug 17. But this plan was postponed given US concerns about potential sanctions violations.  The South Korean government has already sent around 80 tons of petroleum and diesel to operate electricity generators for the liaison office.[5] The Blue House stated that this does not constitute sanctions violation.[6] There is still an ongoing dialogue between the US and South Korea about the liaison office. The UN Security Council issued exemptions for supplies needed in restoring military communication lines and repairing facilities for the family reunion.

Two meetings of separated families were held during Aug 20-22 and Aug 24-26 in Kumgang Mount facility in North Korea.[7] The last reunion event was held in 2015.

The Ministry of Defense announced that it would remove the phrase which describes the North Korean regime and military as an enemy in its 2018 defense white paper to be published at the end of this year.[9]

The “income-led growth” policy of the Moon Administration has been duly criticized for its poor performance. Government statistics rated the income difference among highest and lowest 20% income earners at 5.23 times, making this the largest difference since 2008. The government identified an aging population and sluggish growth as causes for the growing income gap. Others interpreted these statistics as the failure of its minimum wage policy.[12] President Moon confirmed his faith in the fundamentals of the current economic policy and stated that reducing income disparity and unemployment will continue.[13]