Japan did not participate in the International Fleet Review hosted by South Korea in Jeju Island on Oct 11 after Tokyo refused to accept Seoul’s request not to hoist the Rising Sun flag during the event. Instead, Maritime Self-Defense Force (MSDF) officials, including Admiral Yutaka Murakawa, MSDF Chief of Staff, attended the Western Pacific Naval Symposium (WPNS) on Oct 12.[1]

Abe at the Kim-Obuchi Declaration Symposium

Japanese Prime Minister Abe Shinzo participated in the symposium commemorating the 20th anniversary of “Korea-Japan Joint Declaration: A New Korea-Japan Partnership towards the 21st Century” (known as the “Kim Dae-jung-Obuchi Joint Declaration”) held in Tokyo on Oct 9. South Korean President Moon did not attend the commemorative ceremony in Seoul on Oct 1. The Joint Declaration was signed in 1998 between then-President Kim DJ and then-Prime Minister Keizo Obuchi to develop a future-oriented relationship between the two countries based on mutual understanding and trust.[3]

Members of the Education Committee of South Korean National Assembly announced on Oct 10 their plan to visit Dokdo Island on Oct 22. The Japanese government expressed regret and disappointment against this announcement.[4]

Japanese Prime Minister Abe, who is currently on a European tour, sent an offering to the Yasukuni Shrine on Oct 17.[5] A number of Japanese lawmakers also visited the Shrine on Oct 18 for its autumn festival. In response, the South Korean Ministry of Foreign Affairs expressed “deep concern and disappointment” as the Shrine “glorifies Japan’s history of colonial rule and war of aggression.”[6]

On Oct 15, the two Koreas held high-level talks in Panmunjom Peace House to discuss the railway connection and separated families. The two sides agreed to hold a groundbreaking ceremony for rail and highway connection some time during the end of November or the beginning of December. The two sides also discussed high-level military talks, Red Cross meetings, and Inter-Korean Joint Committee.[7]

This meeting was not without controversy as the Ministry of Unification (MoU) barred a journalist, who also happened to be a North Korean defector, from attending the meeting. The Korea Copy Editors Association and Korean Association of Newspapers issued a public statement accusing the MoU of infringing on press freedom and demanded an apology from Minister Cho.[8] Minister Cho explained that the exclusion was unavoidable in order to have a successful meeting.[9] 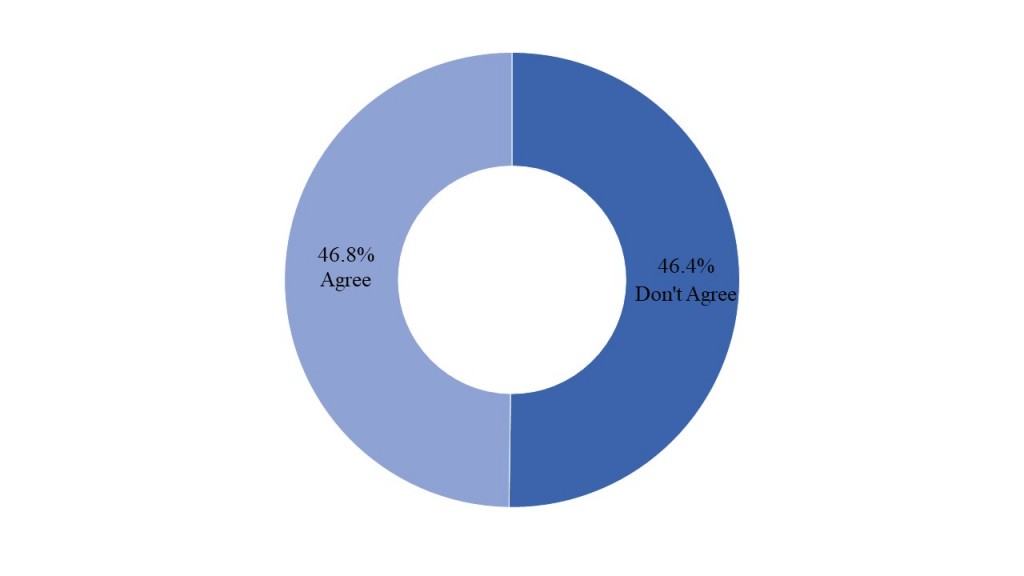 The US also requested that South Korea provide a detailed list and timeline of all inter-Korean projects. South Korea has yet to provide this list.[11]

Minister Kang Kyung-wha ignited a nationwide controversy by stating that the government is seeking to lift May 24 measures.[12] In response, US President Donald Trump stated that South Korea would need US “approval” before taking such actions. Some critics argue that Trump’s remarks violated South Korea’s sovereignty. Others criticized the Blue House for its lack of response. Minister Kang later retracted her statement on the May 24 sanctions during an oversight hearing at the National Assembly.[13] Minister of Unification Cho denied any MoU role in lifting the May 24 measures.[14]

President Moon is on a tour of Europe from Oct 13~20.[16] While President Moon sought to establish closer ties with Europe, he failed to gain enough support among European counterparts to support easing international sanctions on North Korea ahead of substantive commitments towards denuclearization. Pope Francis stated during his meeting with President Moon on Oct 17 that he is open to visiting North Korea.[17]

The negotiations for the 10th Special Measures Agreement continued as the principal negotiators met for four days without enough progress for an agreement.[18] There appears to be a significant gap in the position of each side regarding the cost of US strategic asset deployment in the Korean Peninsula.

On Oct 11, KOSPI closed down 98.94 points (4.44 percent) – its lowest level in seven years. Analysts claim that culprit was a combination of factors including the rising US Treasury bond yield, deepening US and China trade conflict, and sluggish earnings in the technology sector.[19]

According to data released by the National Statistics Office (KOSTAT) on Oct 12, the number of employed workers increased by 45,000 in September. This figure is third from the lowest level recorded for 2018. Employment increase in July and August were 5,000 and 3,000, respectively.[20] Unemployment has exceeded expectations all year. One bright spot was the decline in youth unemployment (15- 29 years old) from 10 percent last month to 8.8 percent.[21]

On Oct 17, the US Treasury Department named South Korea on its watch list of potential currency manipulators. Other countries on this list are Japan, China, India, Germany, and Switzerland. There are three criteria for currency manipulation: surplus in the US trade balance (over $20 billion), current accounts surplus (over three percent of GDP), and foreign exchange market intervention in excess of two percent.[22]

According to a report released by the Korea Trade-Investment Promotion Agency (KITA) on Oct 17, 194 import regulations from 25 countries target South Korean products. Import regulations refer to anti-dumping, countervailing duties and safeguards against imports. The report states increasing regulation on imports from emerging countries (which account for 65.6 percent of the total) will impede diversification of export markets.[23]

At the Strategy and Finance Committee’s national audit hearing on Oct 18, major parties debated the merits of the government’s income-led growth policy. Finance Minister Kim Dong-yeon and ruling party members expressed the need to solve the economy’s structural problems by supporting growth in low-income brackets. Many members also stressed the importance of deregulation and exports to encourage industries in traditional manufacturing and innovation. The opposition party stressed that the main driver for economic growth are businesses — not low-income earners — and called for the administration to change its economic policy.[24]

On Oct 18, the Bank of Korea (BoK) lowered its economic growth forecast to 2.7 percent. BoK also announced that the interest rate would remain at 1.5 percent.[25] Major global economic institutions and investment banks have also reduced their outlook.[26]

Several government officials and members of the ruling party have demanded an increase in the interest rate.[27] Many observers predict that the rate will likely increase next month because of the growing imbalance between internal and external financial market.[28]

On Oct 18, the Financial Services Commission (FSC) announced that it would work to lower the debt service ratio (DSR) for household loans. The household debt soared to nearly 1,500 trillion won.[29]