North Korea called off the US-North Korea high-level talk which was scheduled for Nov 8. The South Korean government expressed regret over the cancellation but cautioned against second-guessing Pyongyang’s intention. Many referred to the timing of this announcement, which coincided with the day of the US midterm election results. Major Korean media outlets highlighted the potential changes in the US North Korean policy.[1] Experts in Seoul argue that while there wouldn’t be a major policy shift, the House Democratic majority would ramp up pressure against Trump in the verification process and push for more attention on the human rights issue in North Korea.[2]

The Ministry of Unification earmarked KRW 1.97 trillion in the budget for the Inter-Korean Cooperation Fund in 2019. This includes KRW 188.9 billion for the railway and road projects. Taking into account a separate budget for infrastructure, the total budget for railway and road construction amounts to KRW 352.6 billion, constituting one-third of the inter-Korean cooperation fund. The opposition party argued that this could be a violation of the international sanctions regime.[3] In addition, the government set aside KRW 12 trillion[4] from the budget for Special Accounts for Traffic Facilities, requesting to deposit this money in public funds.[5] Critics argue that the government is seeking to secure funds for North Korea related projects as public funds could be used for any purpose.[6]

As another friendly gesture, President Moon sent 200 tons of tangerines from Jeju island to North Korea. During the September inter-Korean summit, Kim Jong-un presented 2 tons of pine mushrooms to South Korea. People here believe the tangerines will be handed out to the elites.[8] Kim Jong Un ordered the delivery of Jeju tangerines to the youth and workers in Pyongyang on Nov 16.[9]

During Nov 13-16, President Moon attended the ASEAN, ASEAN+3 and the East Asia Summit (EAS) meetings held in Singapore. During Nov 17~18, he attended the APEC meeting held in Papua New Guinea.[10] President Moon discussed expanding and reinforcing cooperation with ASEAN countries which is the core of Moon’s New Southern Policy. In the EAS meeting held on Nov 15, he urged support from the EAS member states on establishing peace on the Korean Peninsula and Northeast Asia.[11] Moon also met with the US Vice President Pence, who affirmed that the second Trump-Kim summit will take place next year. The South Korean media drew attention to the fact that while the US press release described discussing sanctions, Blue House spokesperson stated sanctions were not part of the discussion.[12]

On Nov 14, South Korea’s financial authorities concluded that Samsung BioLogics was involved in an accounting fraud scheme during 2015.[13] The company’s stock trading was suspended and the Financial Services Commission have announced that it will conduct a thorough investigation.

There are concerns that the fraud ruling could have spillover effects on other Korean companies in the bio sector.[15] 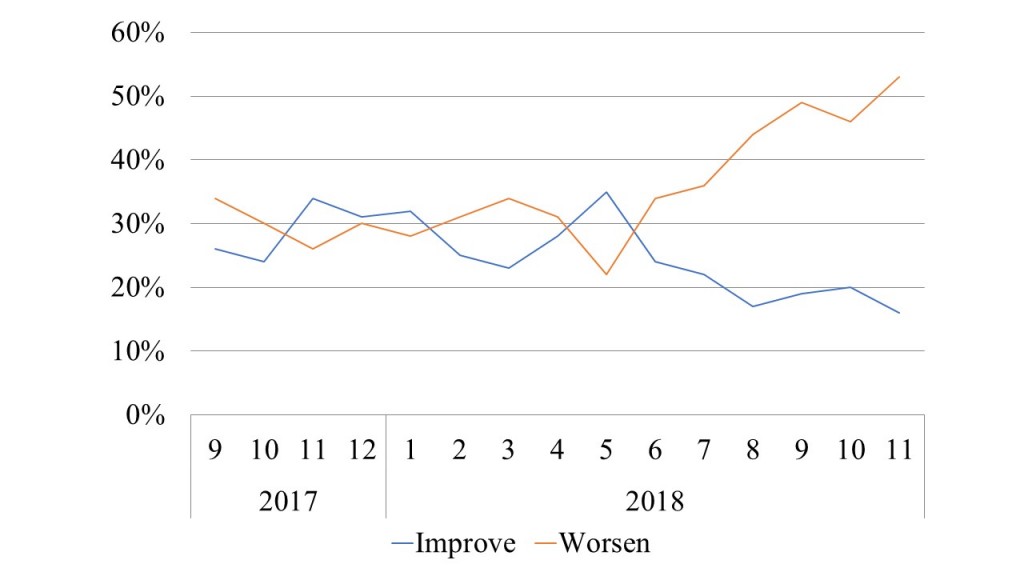 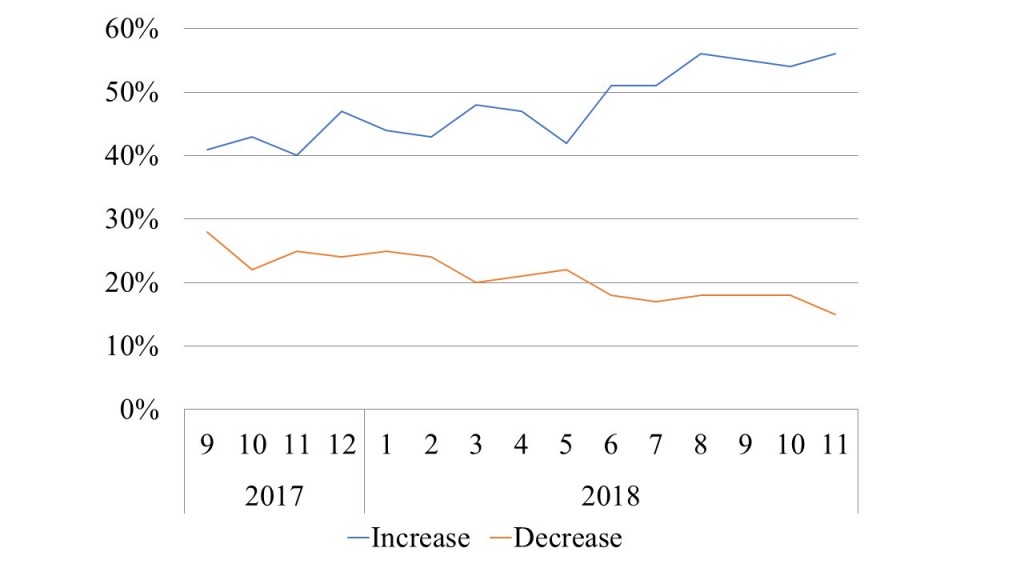 Seoul expressed deep regret over Tokyo’s criticism of the recent South Korean Supreme Court ruling on forced labor. The ROK Ministry of Foreign Affairs announced on Nov. 6 that Seoul is seriously worried about the continued provocative remarks by the Japanese leaders about the Korean Court’s ruling. Last weekend, Japanese Foreign Minister Taro Kono strongly condemned the ruling and also argued that it went against international law.[17]

On Nov. 8, the Korea Aerospace Industries (KAI) signed a KRW 100 billion (US$90 million) contract with the Indonesian Ministry of Defense to export three additional KT-1B basic trainers and install radars and guns on the T-50i advanced trainers currently operated by the Indonesian Air Force. KT-1B is the export version of KT-1. In 2011, KAI signed a contract with the Indonesian Air Force to provide 16 units of T-50i, which is the export version of T-50. KAI is currently seeking to provide 24 more units of the KUH-1 Surion (Korean utility helicopter) and 16 units of the FA-50 (Korean light attack aircraft).[18]

During the 20th Korea-ASEAN summit on Nov 14 in Singapore, Indonesian President Joko Widodo proposed inviting Kim Jong Un to the special Korea-ASEAN summit. He said Kim’s participation would make the summit more meaningful. In response, President Moon said if the situation on the Korean Peninsula improves, he will actively consider this possibility.[19]

On Nov 9, President Moon replaced the two top economic advisers amid growing skepticism over the country’s economy. The Finance Minister Kim Dong-yeon was replaced by Hong Nam-ki, Chief of the Office for Government Policy Coordination. Hong is a veteran bureaucrat who has served in various key positions in the finance ministry since 1986. He also served as a presidential secretary under the Roh Moo-hyun and Park Geun-hye administrations. The Presidential Chief of Staff for Policy Jang Ha-sung was replaced by Kim Soo-hyun, Senior Presidential Secretary for Social Affairs. Kim served as the Vice Minister of Environment and Presidential Secretary for Social Affairs and National Economy during the Roh Moo-hyun administration.[20]

The reshuffle took place against the backdrop of the continuing rift between Kim Dong-yeon and Jang Ha-sung over how to revitalize the slumping economy. While Kim publicly expressed concern over the negative impact of the increased minimum wage on the economy, Jang insisted on sticking to the President’s income-led growth initiative. Meanwhile, the two newly appointed economic officials said they have no plan at this moment to modify the basic direction of the current economic policy, including the controversial income-led growth policy.[21]