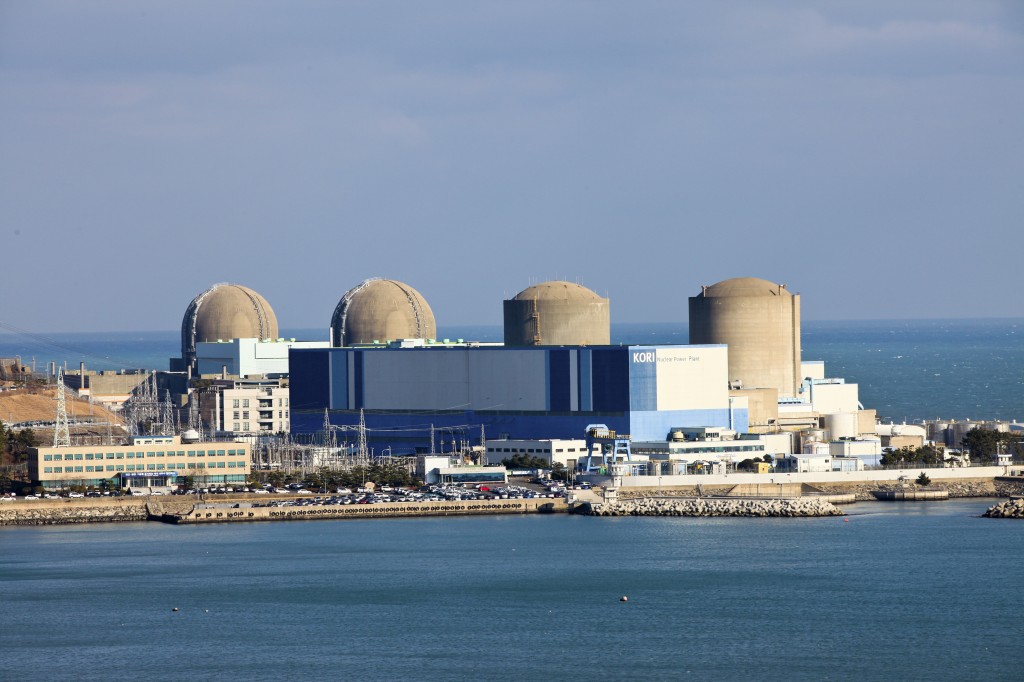 Last June, the Korean Ministry of Trade, Industry and Energy made two controversial recommendations: a permanent shutdown of the Gori No. 1 Nuclear Power Plant and construction plans for two new nuclear power plants by 2029. Nuclear experts argue that public opinion is pushing to shut down a plant despite it being safe and operable, whereas environmentalists oppose the ministry’s plan to construct additional nuclear power plants.

The Gori No. 1 plant – Korea’s first nuclear power plant that began operations in 1978 – has been approved to continue operations until 2017, which would mark its 40th year of operation. There has been much controversy over its extended operation. The lifespan of a nuclear power plant refers to the design life set during the design phase, and the passing of 30 years may not indicate that it has reached its fatigue life; other countries use terms including “license renewal” (in the U.S.), “license extension” (in Finland) and “continued operation” (in Britain). The term “continued operations” is used in Korea these days.

As the Gori No. 1 reactor is a pressurized water reactor (PWR), the integrity of the non-replaceable pressure vessel in the reactor is essential in deciding the likelihood of continued operations. To this end, inspectors evaluate the surveillance capsule installed inside the pressure vessel, and if the integrity of the surveillance capsule can be confirmed, there should be no major technical problems with continued operations. The U.S. Kewaunee reactor – the same model as the Gori No. 1, has already extended its operations. The design life of new nuclear power plants has recently been extended to 40 to 60 years, with discussion of further extensions to 80 years. Thus, shutting down a reactor after only 30 to 40 years of operations may be too conservative. Regarding the Gori No. 1 reactor, it is safe to continue its operations if the integrity test of the pressure vessel is carried out in accordance with the relevant criteria. Having accepted the advice of the government, however, the Korea Hydro & Nuclear Power Co., Ltd. has decided not to apply for continued operations a second time, citing several reasons including economic feasibility.

Technically, the decision to permanently close the Gori No. 1 reactor stems from putting political choice and social opinion above economic feasibility. Even though technical integrity is guaranteed, extending an old nuclear plant’s operations twice may spur anxiety. Corruption surrounding the construction and operation of nuclear power plants has also fueled negative opinions concerning continued operations. The public’s distrust of the government, which has failed to effectively cope with a number of social disasters including the sinking of the Sewol ferry and MERS containment, has intensified this anxiety. The matter of social acceptance often leads to efforts to persuade local residents and corresponding compensation, adding to the economic burden of the government and the local community. Nevertheless, given the construction costs of one nuclear power plant, it is wasteful to shut it down after 40 years of operations.

Judging from the situation in Korea, which currently possesses 24 nuclear power plants, such an experience can be advantageous. This can serve as an opportunity to calculate how much economic benefit we sacrifice from continued operations, and how much loss will be brought on by failing to convince the public due to weakened confidence. It is also significant that decontamination, decommissioning and environmental reconstruction are included in our nuclear power policy.

Regarding the construction plan for two new reactors, critics say the forecasts for electric power demand have been exaggerated. The Ministry of Trade, Industry and Energy calculates future demand based on economic growth rate and records of past energy usage before reflecting possible savings brought on by demand management objectives. Given the estimates of the Basic Plan on Electricity Demand and Supply established every two years, the figures are somewhat under-forecasted compared with actual demand up to 2010. The electric power reserve rates have continuously decreased since 2003, reaching 5-plus percent. Due to the slowed economic growth and declining competitiveness of the domestic industry, the rate of electricity consumption increase declined as low as 0.6 percent in 2014. Yet, it is difficult to significantly lower the power demand estimates based on such data. Although it is true that South Korea’s demand for electricity is high because of its heavy chemical-centered industry and low energy charges, the Ministry of Trade, Industry and Energy cannot artificially raise the forecast for electricity levels. The forecast can only be lowered if a long-term demand for electricity goes down with increased electricity efficiency and an overhaul of power consumption-heavy industries. However, it is unlikely that this will affect the energy plan at present.

Due to environmental issues, nuclear energy cannot be a primary energy source. Technological developments are changing society into a decentralized system. Innovations in the manufacturing industry with the development of 3D printing technologies are transforming the mass production system into a decentralized one. The energy industry in Europe is already diversifying its sources. The current nuclear power system, which produces massive amounts of electricity before transmission, has many limitations. But it is almost impossible to find an alternative power source under current domestic circumstances, as the transportation system is changing to an electricity-based system from a fossil fuel- and gasoline-based one.

Even Japan, a country that pursued the goal of zero nuclear power plants after the Fukushima disaster, is reloading nuclear fuel at the Sendai nuclear plant. China builds six to seven new nuclear power plants every year as there are no practical alternatives. For a country like South Korea, with insufficient natural resources and high vulnerability to energy insecurity, policies on nuclear power should be made after considering factors such as effects on the nation’s economic development, changes in climate change negotiations, the pace of scientific and technological evolution, and future demand for electricity.

A 2014 public opinion survey conducted by the Asan Institute for Policy Studies shows that a 68.9 percent majority approved of nuclear power generation, with 14.1 percent disapproving. Regarding the construction of additional nuclear power plants, 45.1 percent of respondents were in favor while 38.3 percent opposed. In addition, an overwhelming majority supported the export of nuclear plants. On the other hand, the public’s distrust of the utility company and the government cannot be ignored, with 53 percent of respondents expressing safety concerns. The survey found that more respondents oppose, rather than support, the life extension of nuclear reactors (46% to 34%). Thus, the latest decision to permanently close down the Gori No. 1 reactor can be seen as a reflection of public opinion. It suggests that in a democratic country, a one-sided policy cannot exist regardless of the projected economic benefits.

We have not ceased using plastics despite the fact that they take hundreds of years to decompose. Instead, we constantly develop alternatives such as biodegradable plastics or bio plastics. We travel by airplane despite the risk of aircraft accidents. Instead, we establish stricter safeguards to ensure safer flights.

The same holds true of nuclear power generation. Unless we are able to cut power consumption in half, we have to rely on nuclear energy. In the meantime, we should ensure the safety of nuclear energy through continuous monitoring and oblige the utility company to restore public confidence. It is the responsibility of the government and business operators to restore public trust by conducting nuclear operations, from construction to decommissioning to environmental remediation, with transparency.