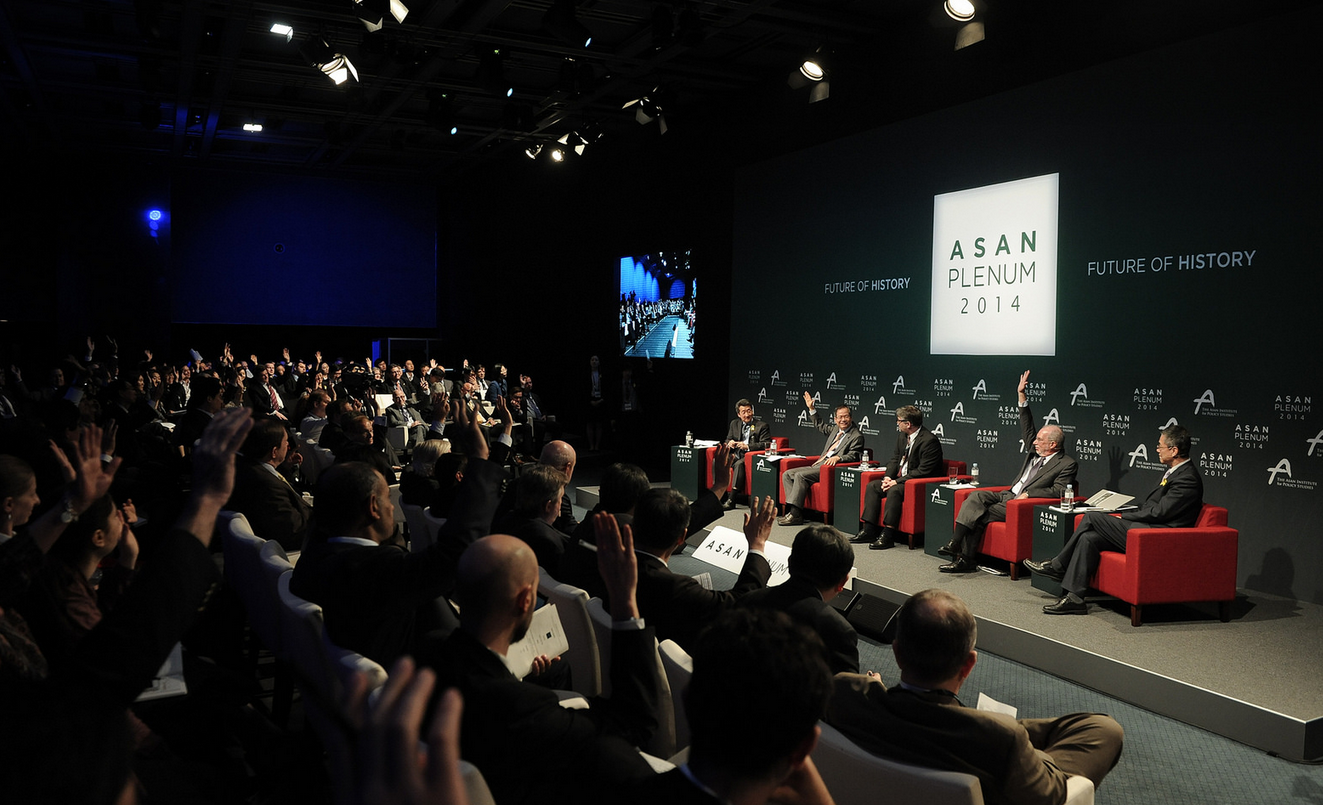 Victor Cha asks the audience whether Kim Jong-un will still be in power in a year’s time.

Twenty years since the rest of the Communist bloc collapsed or took the path of economic opening and reform, North Korea limps on, clinging to its anachronistic ways. Three generations of the Kim dynasty have successfully weathered decades of international isolation, economic collapse, and humanitarian disaster. North Korea has acquired the ultimate deterrent of nuclear weapons with which it blackmails the international community. Countless rounds of the Six-Party Talks have failed to persuade it to denuclearize. With Kim Jong-un firmly ensconced in power following the latest round of purges and provocations, North Korea may be with us for a very long time to come. What explains the regime’s remarkable resilience? Who is really in power in Pyongyang? How should the international community deal with this anomaly par excellence?

In light of heightened activities at North Korea’s Punggye-ri nuclear test site, Professor Victor Cha kicked off the plenary session by asking the panel members whether the DPRK will conduct its fourth nuclear test and what purpose it might serve.

According to Ambassador Chun the DPRK would need additional long-range missile tests to build-up a credible nuclear deterrent. Thus, Pyongyang’s primary intention for a new nuclear test is putting North Korea back into the center of regional attention. Additionally, Pyongyang’s aggressive behavior has spurred Beijing’s unwillingness to sacrifice stability in North Korea for non-proliferation and denuclearization purposes.

Dr. Alexander Lukin responded that the only viable option open to Pyongyang is to surrender its nuclear weapons or develop a powerful nuclear deterrent. Considering what has happened to Libya and Iraq, the regime in North Korea is hard pressed to give up its nuclear quest. Mr. Revere added that the DPRK enshrined its status as a nuclear weapons state in its constitution. North Korea’s strategic nuclear deterrent is the treasured sword of the nation.

Mr. Yang joined the overall argument by stating that North Korea’s missile program has indeed fallen behind the country’s nuclear progress. And that in order to create a reliable, deliverable, and accurate deterrent, the DPRK would need to conduct not only long- but also medium-range missile tests. On the question of the purpose of a fourth nuclear test, Mr. Yang elaborated that Pyongyang is seeking to correct the current imbalance in North-South military capabilities. Furthermore, the DPRK’s nuclear program is ultimately aimed at achieving a strategic middle-class power status to engage the United States on a level playing field in technical, strategic, and diplomatic terms.

On the question of how the regional powers could stop an upcoming test and how they ought to respond, Dr. Lukin stated that Russia and China approached the North Korean nuclear problem on a pure denuclearization basis, whilst the other powers are pursuing a further regime change agenda.

Mr. Evans advocated the idea of taking economic sanctions to the next level by targeting the North Korean banking and financial sector. The primary aim of this strategy is to send a clear message to Pyongyang that it is putting its economic survival at stake by pursuing nuclearization. Mr. Yang offered a slightly different view by pointing out that the Six-Party Talks have failed to create an architecture that made North Korea understand the severe consequences of challenging the international community. The regional powers, furthermore, failed to clearly communicate to Pyongyang the benefits of cooperation.

Ambassador Chun advocated that sanctions ought to be agreed upon beforehand in order to serve as a visible punitive measure to alter North Korean cost-benefit calculations.

Mr. Evans warned that a credible North Korean nuclear arsenal would pull regional security policies along a different trajectory in terms of US security commitments and the nuclear ambitions of South Korea and Japan.

On the question of the stability of the North Korean political system, Mr. Yang stated that the DPRK’s power transition has not yet been completed due to the large age gap between Kim Jong-un and the other members within the current leadership. Mr. Yang inferred that far more changes will occur within the leadership in future.

Amb. CHUN Yungwoo is a senior advisor at the Asan Institute for Policy Studies. He is also the chairman and founder of the Korean Peninsula Future Forum (KPFF). Previously, Amb. Chun served as the national security advisor to President Lee Myung-bak from 2010 to 2013. In his 33 years of service in the Ministry of Foreign Affairs, Amb. Chun served as second vice foreign minister (2009-2010), special representative for Korean Peninsula Peace and Security Affairs and head of the ROK delegation to the Six-Party Talks (2006-2008), and deputy foreign minister for Policy Planning and International Organizations (2005-2006). Amb. Chun was also the Korean ambassador to the United Kingdom (2008-2009), ambassador and deputy permanent representative to the United Nations (2003-2005), and also held earlier diplomatic postings in France, Morocco, and Austria. Amb. Chun received his B.A. from Pusan National University and Master of International Affairs from the School of International and Public Affairs at Columbia University.