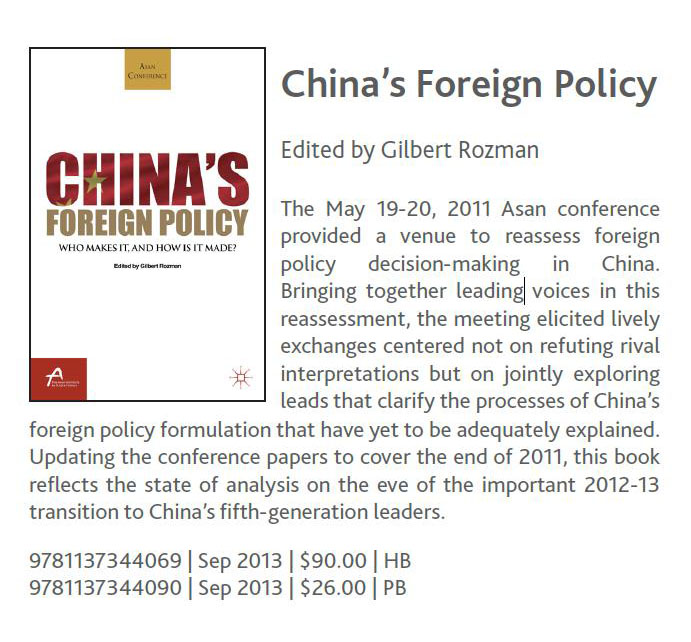 Produced as the result of an Asan Institute conference, China’s Foreign Policy was first published by the Asan Institute for Policy Studies in August 31, 2012. The book was released once again in September 19, 2013 through Palgrave Macmillan in association with the Institute, now available to readers in the US and worldwide.

Chapter 3 Shin Jung-Seung,
Another Take on Prospects for the Foreign Policy of the Chinese Fifth-Generation Leadership

Chapter 5 Quansheng Zhao,
Moving between the ‘Inner Circle’ and the ‘Outer Circle’:
The Limited Impact of Think Tanks on Policy Making in China

Chapter 12 Peter Gries,
Disillusionment and Dismay:
How Chinese Netizens Think and Feel about the Two Koreas