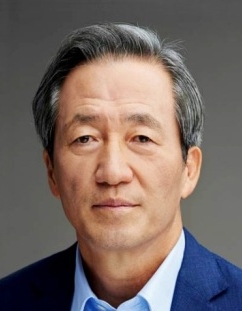 Dr. M.J. Chung is the Founding Chairman of the Asan Institute for Policy Studies. He is also the Chairman of the board of trustees of the Asan Foundation, the largest philanthropic organization in Korea, and the Honorary Chairman of Ulsan University. In 2011, he launched the Asan Nanum (“sharing”) Foundation, which seeks to foster entrepreneurship among young Koreans. Dr. Chung served seven-terms in the National Assembly of the Republic of Korea. He was Chairman of the Grand National Party (Ruling Party) from 2000-2010, and was a presidential candidate in 2002. He served as Vice President of FIFA, and as Co-Chairman of the Korean Organizing Committee for the 2002 Korea-Japan FIFA World Cup. Dr. Chung received his B.A. in Economics from Seoul National University, an M.S. from the Sloan School of Management at MIT, and a Ph.D. in International Relations from the School of Advanced International Studies (SAIS) at the John Hopkins University.