Thae Yong Ho, the deputy ambassador at the North Korean embassy in the United Kingdom, has defected to South Korea with his family. Among the reasons cited for his defection, two have gained most traction: 1) he was concerned about the future of his children who were born and raised in Europe1; and 2) unlike most diplomats, Thae was able to defect with his family who accompanied him on his diplomatic mission.2

The South Korean government interpreted this incident as a sign of growing instability within North Korea and warned that Kim may resort to further provocations to centralize his control.3

Given Thae’s position and experience in Europe, the South Korean government expects to uncover a great deal of information regarding the Kim regime’s sources of revenue, illicit activities, and pro-North Korean network in Europe.4

Meanwhile, the Kim regime has ordered the return of Hyon Hak-bong, the ambassador at the North Korean embassy where Thae served. He is likely to be interrogated concerning his failure to deter, investigate, and readily report Thae’s defection.5 The regime has also strengthened border security near China, rewarding smugglers for handing over defectors.6

Demonstrations have continued in various locations against the government’s decision to deploy THAAD.7 On August 26, 1,151 members of the New Frontiers Party (NFP) in Seongju county collectively defected from the party, citing lack of adequate government response to ongoing complaints.8

Further, Choo Mi-ae, the newly-elected chairwoman of the Together Democratic Party (TDP), declared that the TDP will take a tougher stance against THAAD. In response, Kim Young-woo, the NFP-affiliated chairman of the National Defense Commission, urged Choo to consider the national security implications of opposing THAAD, particularly in the absence of viable alternatives as Pyongyang’s military threat grows.9

In light of prolonged controversy, the Ministry of Defense announced its intention to cooperate with the local authorities in Seongju for identifying a third possible location for THAAD. Observers speculated that the alternative site is likely to be the golf course 18 km north of the Seongsan artillery unit.10 The National Security Commission will also hold a general meeting on Aug 29 to discuss other sites and the threat posed by the latest North Korean submarine-launched ballistic missile (SLBM) test.11

On Aug 24, North Korea fired a SLBM, which was considered to be successful by South Korean analysts.12 The SLBM was launched in protest against the annual US-ROK military exercises called “Ulchi Freedom Guardian” (UFG) as well as their decision to deploy THAAD.13

The SLBM was launched on the third day of the UFG exercises, which involved approximately 50,000 South Korean and 25,000 US troops.14 The command-and-control exercise simulated taking offensive measures against North Korean nuclear and missile targets.15

Amid heightened tensions, Park Jie-won of People’s Party (PP) criticized the government for failing to effectively respond to repeated North Korean provocations and misleading the public regarding the progress of North Korean nuclear and missile programs.16

The National Assembly has pushed back the deadline for the third supplementary budget to Aug 30. The delay is due to disagreements over the special oversight hearing on restructuring. There appeared to be a momentary breakthrough as the ruling party agreed with the opposition to have the Blue House officials testify. The TDP and the People’s Party (PP) specifically demanded that three individuals take the witness stand: Choi Kyung-hwan (the Former Deputy Prime Minister of the Economy), Ahn Jong-beom (Blue House Chief Secretary for Policy Coordination), and the former KDB president Hong Gi-teak.18 The stalemate arose as a result of the NFP opposition to call both Choi and Ahn. In the end, both the TDP and PP agreed to not have Choi and Ahn at the hearing but instead hold a second hearing on Baek Nam-gi, the farmer who fell into coma after being shot by the police water cannon during a demonstration.19 The oversight hearing on restructuring is scheduled for Sept 8 and 9.

Hanjin Shipping submitted its final voluntary restructuring plan to the creditors. The restructuring plan calls for an adjustment amounting to KRW 500 billion, which is still short of KRW 200 billion that the creditors would like to see.20 The creditors will review the plan and announce a decision on whether to extend the voluntary workout after Aug 30.21 The creditors will need to consider the economic impact of placing Hanjin under the court receivership. If the process moves forward, Hanjin will be expelled from the shipping alliance and major ports are likely to file for provisional seizure of Hanjin’s vessels. Cargo owners may terminate their contracts and change shipping partners.22 Many observers point out that the court receivership would lead to bankruptcy for Hanjin.23 However, the creditors argue that additional assistance for the company would benefit mainly foreign businesses.24

Reform of the Prosecutor’s Office

Series of corruption scandals involving current and former prosecutors have led to calls for reforming the Korean Prosecution Service (PS). The office is considering whether to establish a “permanent special prosecution office” to investigate the illegal activities of the PS. Currently, the office only allows for an ad hoc special investigation unit when a need arises to investigate its activities.25

The Korean Bar Association also proposed to i) elect the heads of high and district prosecutors’ offices; ii) institute “the Prosecutors Assessment Body;” iii) abolish or reduce the appointment of former prosecutors to other public institutions, including the Blue House and iv) establish a special department on legal corruption at the district level, among others.26 The TDP and PP have also formed a coalition to establish an independent special investigation unit for high-profile government officials.27

The Korean National Police Agency (NPA) may be using this opportunity to chip away at the PS’s authority and jurisdiction. The newly appointed NPA head, Lee Cheol-seong, stated that the history of corruption in Korean prosecutor’s office is rooted in the excessive centralization of power and legal authority around the PS. Traditionally, the Korean prosecutors control major aspects of all criminal investigation, including the investigation itself, activities of the Korean police force, issuance of arrest warrants, and indictment. Lee suggested a need to reconsider the distribution of power and authority in the Korean enforcement and justice system.28 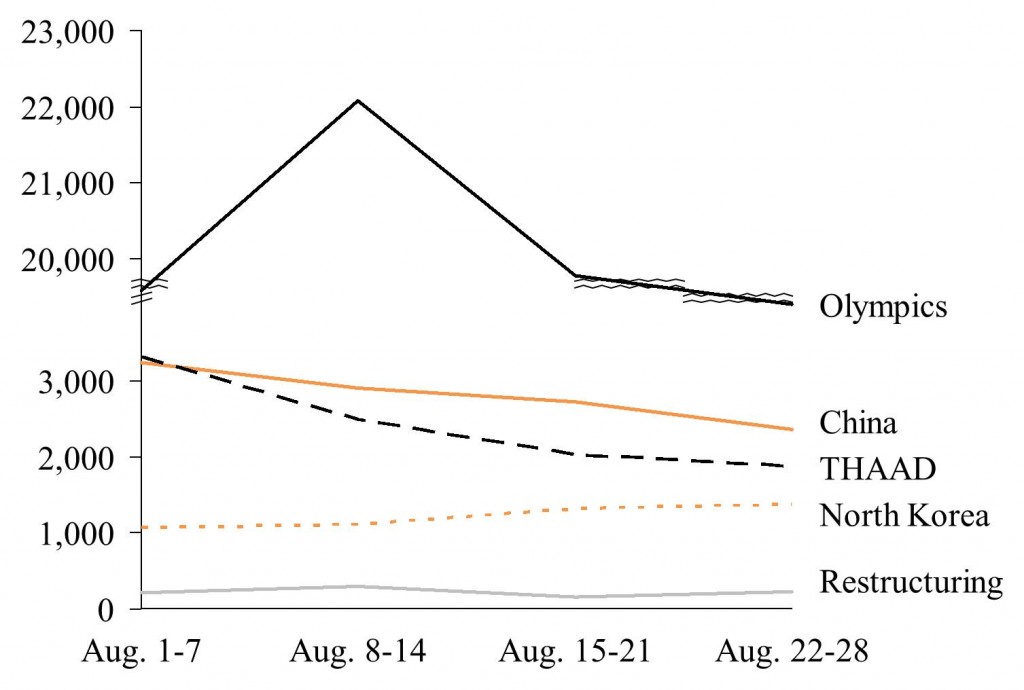