The 70th Anniversary Parade in Pyongyang

To commemorate the 70th anniversary of the North Korean regime, a military parade was held in Pyongyang on Sept 9. The event lasted for 90 minutes and Kim Young-nam, the ceremonial head of North Korea, delivered an address as well.[1] There were two notable departures from other similar events in the past. One is that Kim placed greater emphasis on economic development instead of nuclear power. The parade also did not feature ICBM, Rodong, and Scud missiles. The military did, however, showcase some new short-range military hardware including the new anti-tank rockets and 152mm self-propelled artillery.[2]

On Sept 11, the Ministry of Unification (MOU) submitted the Panmunjom Declaration to the National Assembly for ratification.[3] The MOU also requested a supplementary budget of KRW 298.6 billion for various inter-Korean cooperation projects. The opposition, however, demanded that the Blue House provide a 5~10 year budget.[4] Party officials agreed to discuss the matter after the third inter- Korean summit.

The Kaesong liaison office opened on Sept 14.[5] Fifty officials from both sides were in attendance at the opening ceremony. The opening comes after more than a month of delay. The first Vice Minister of Unification, Chun Hae-sung, was appointed as the South Korean representative. Ri Son-gwon is his counterpart on the North Korean side.

The third inter-Korean summit was held in Pyongyang on Sept 18~20. A sizable contingency of elected parliamentary members and ministerial level officials as well as a representative cross-section of leading figures from major conglomerates and cultural/educational institutions were part of the entourage accompanying the first couple.[6]

The two leaders held a series of meetings over a period of two days which resulted in the signing of the Pyongyang Joint Declaration of September 2018.[7] The summit also included a side agreement on military cooperation and confidence-building measures.[8] Kim Jong Un also pledged to visit Seoul in the near future. Most observers were quick to focus on the development on the nuclear issue, where North Korea agreed to permanently dismantle the Tongchang-ri missile engine test site and expressed a willingness to consider taking additional measures on dismantling Yongbyon nuclear complex if the US takes “corresponding measures in the spirit of the Singapore Declaration.”[9]

Some highlight moments included a public address by President Moon in the Pyongyang Mass Games and a visit to the summit of Mount Paekdu before returning to Seoul.

Most observers in Seoul believe that President Moon was successful in reaffirming the commitments of the Panmunjom Declaration and restarting the stalled denuclearization talks between Pyongyang and Washington.[10]

Public support for President Moon soared to 61%, (+11% compared to last week).[11] 40% of those who approved of President Moon cited the latest inter-Korean summit as the reason for their support.[12] 49% of South Koreans believe that North Korea will follow through with their commitment while 35% remain skeptical.[13] 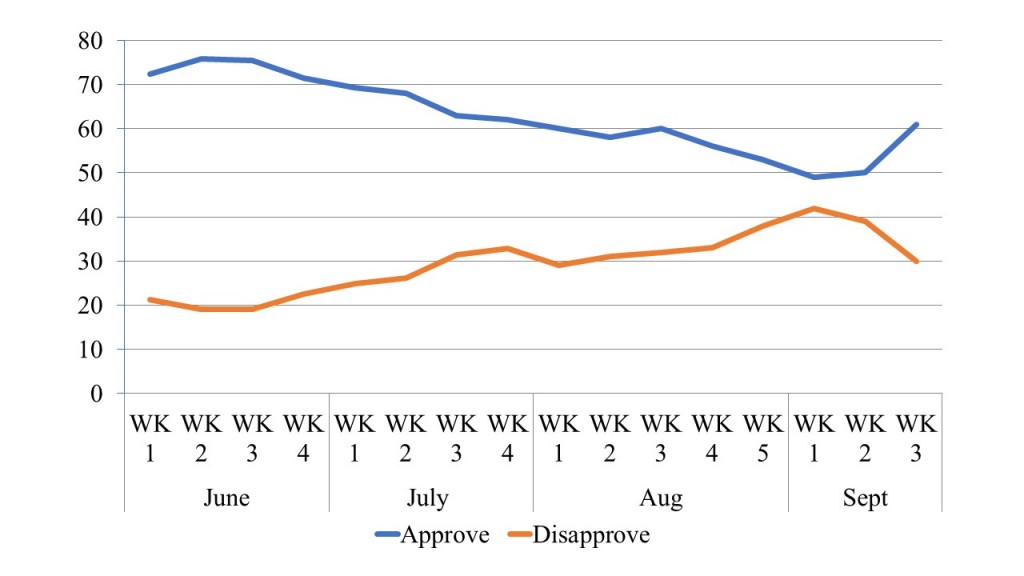 Do you believe North Korea will follow through the agreement? 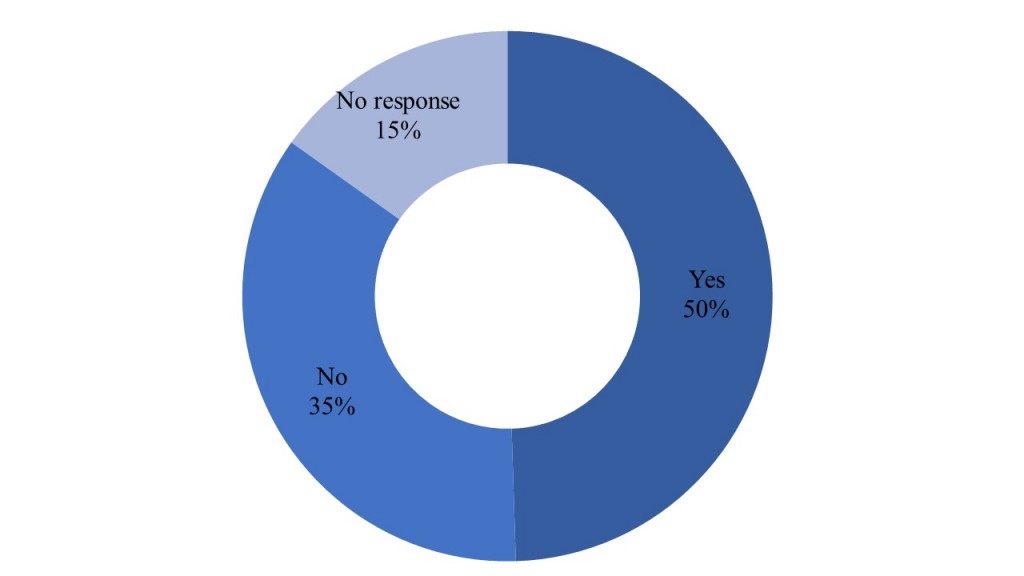 South Korea participated in the first round of free trade (FTA) talks with MERCOSUR (i.e. Brazil, Argentina, Paraguay, Uruguay, and Venezuela) during Sept 11~15. MERCOSUR accounts for 70% of the South American population and 76% of its gross domestic product (GDP). The negotiation includes talks about trade in goods and services as well as investment, e-commerce, sanitary quarantine, technological barriers to trade, government procurement, dispute settlement, and general rules.[14]

Key Trends in the Labor Market

According to data released by Korea Statistics (KOSTAT) on Sept 12, South Korea’s national unemployment rose to 4.0%. Youth (15-29 years old) unemployment rose to 10.0% in the month of August.[15] Many critics attributed these figures to the sharp rise in minimum wage and argued for measures to alleviate the cost burden on SMEs.[16]

The GDP elasticity of employment (i.e. the ability to create new jobs) was 0.132 during the second quarter of this year, marking the lowest level in eight years. Economists attribute this trend to a sharp decline in employment in construction, automobile, manufacturing, food services and hospitality.[17]

On Sept 18, KOSTAT announced plans to integrate income and expenditure surveys starting in 2020 in order to get a better understanding of household income. The new survey will maintain a sample size of 8,000 households, but the sampling and survey method will be different. Meaningful analysis of trends will only become possible in 2019 and 2020.[18] Experts expressed concerns that the planned revisions would undermine the stability of statistics and question the credibility of KOSTAT.[19]

On Sept 13, Finance Minister Kim Dong-yeon announced another set of measures to stabilize the housing market.[20] Owners of high-valued properties and multiple homes will face an increased maximum tax rate of 3.2% (currently 2.0%) and tightened loan regulations. About 218,000 homeowners will be affected by these measures.[21] As a result of these policies, the Seoul apartment prices dropped by 0.19 percentage points in the last week.[22]

The ruling party blamed the previous two conservative governments as the main cause for the high real estate price. They stated that the numerous deregulation measures and allegedly forced cuts on the interest rate led to most of the KRW 600 trillion to flow into real estate speculation.[23]

On Sept 21, the Ministry of Land, Infrastructure and Transport (MOLIT) announced plans to increase housing supply. The government will complete property purchases in Seoul, Incheon, and Gyeonggi Province by the first half of 2019 and provide 300,000 public homes during 2021~25.[24]

On Sept 17, South Korean EXIM Bank released data showing South Korea’s foreign direct investment in Vietnam ($1.9 billion) exceeding that of China ($1.6 billion, excluding Hong Kong) for the first half of this year. South Korean investments in China recovered from last year’s low, but South Korean capital appears to have found a better haven in Vietnam. Many observers have noted that the ‘China Exodus’ is largely due to the rising cost of Chinese labor.[26]

[13] Following the first inter-Korean summit, 58% believed that North Korea will carry out the agreement while only 20% expressed doubt.

[20] This is the eighth round of measures implemented by the Moon administration.