On Aug 25~26, the South Korean military conducted its biannual Dokdo defense drill.[1] This year’s exercise was by far the largest in scale. The exercise included army special forces and King Sejong the Great-class destroyer. The South Korean government explained that it had postponed the drill until after the announcement of GSOMIA termination. Director-General Kenji Kanasugi stated that “Takeshima is part of Japanese territory in light of historical facts and international law.”

On Aug 29, the South Korean government proposed a record-high budget amounting to KRW 513.5 trillion for the next fiscal year. The amount is 9.3% greater than the initial budget.[2] The most significant increases were for industry, SMEs, and energy (+27.5 percent or KRW 23.9 trillion) followed environment (+19.3% or KRW 8.8 trillion). Budget for R&D, Social Overhead Capital (SOC), and healthcare were also up by 17.3%, 12.9%, and 12.8%, respectively. Next year’s revenue is expected to be reduced by KRW 292 trillion fueling concerns of an economic downturn.

On Aug 29, the National Assembly Special Committee for Political Reform voted on the latest election reform plan, which includes plans to increase the number of proportional representatives in the National Assembly and lower the voting age to 18.[3] Progressive parties claim that the bill must be put to the vote in the November plenary in time for next year’s general election. The Legislation and Judiciary Committee will review the bill for up to 90 days, before it is sent to the floor. It is still unclear, however, whether the bill will pass the floor vote.

The Blue House moved to expedite the return of 26 US military bases.[4] Many pointed to the timing of the announcement amid mounting tensions surrounding South Korea’s recent termination of GSOMIA. Experts argue that this is an expression of dissatisfaction over US response to GSOMIA termination. Others claimed that this is leverage against upcoming SMA negotiations.

According to the Korea Economic Research Institute (KERI), the South Korean government’s average annual debt rose by 14.4 percent during 2000~18. This is the third-highest among developing countries after Argentina (29.2%) and China (17.9%). The country’s household debt-to-GDP ratio last year stood at 97.7 percent, the seventh-highest among 43 countries.[6]

According to a report released by Statistics Korea (KOSTAT) on Sept 3, South Korea’s Consumer Price Index (CPI) dropped by 0.04 percent from a year earlier. This is the first time that the country’s inflation fell into negative territory since the agency began compiling such data in 1965, raising fears of deflation.[7]

South Korea is expected to have the most aged population in the world by 2045. According to a report released by KOSTAT on Sept 2, the percentage of the country’s population aged 65-or-over will increase from 14.9 percent this year to 37.0 percent in 2045. In 2067, the percentage of population 65-or-older is expected to eclipse those individuals aged between 15 and 64. This trend is due to the country’s record-low birth rate.[9] According to KOSTAT, the country’s total fertility rate stood at 0.98 last year (below one baby per woman), the lowest in the world.[10] 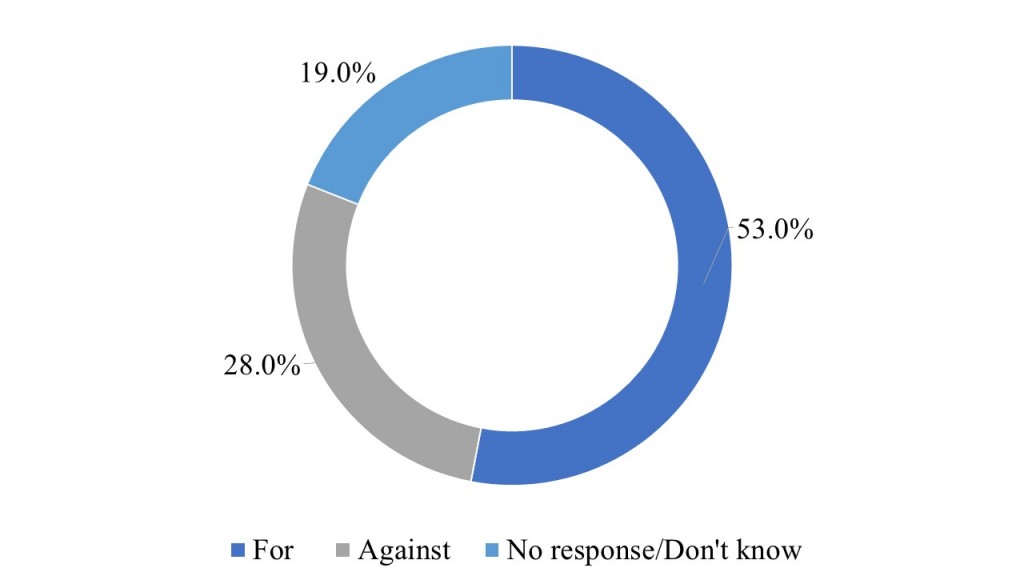