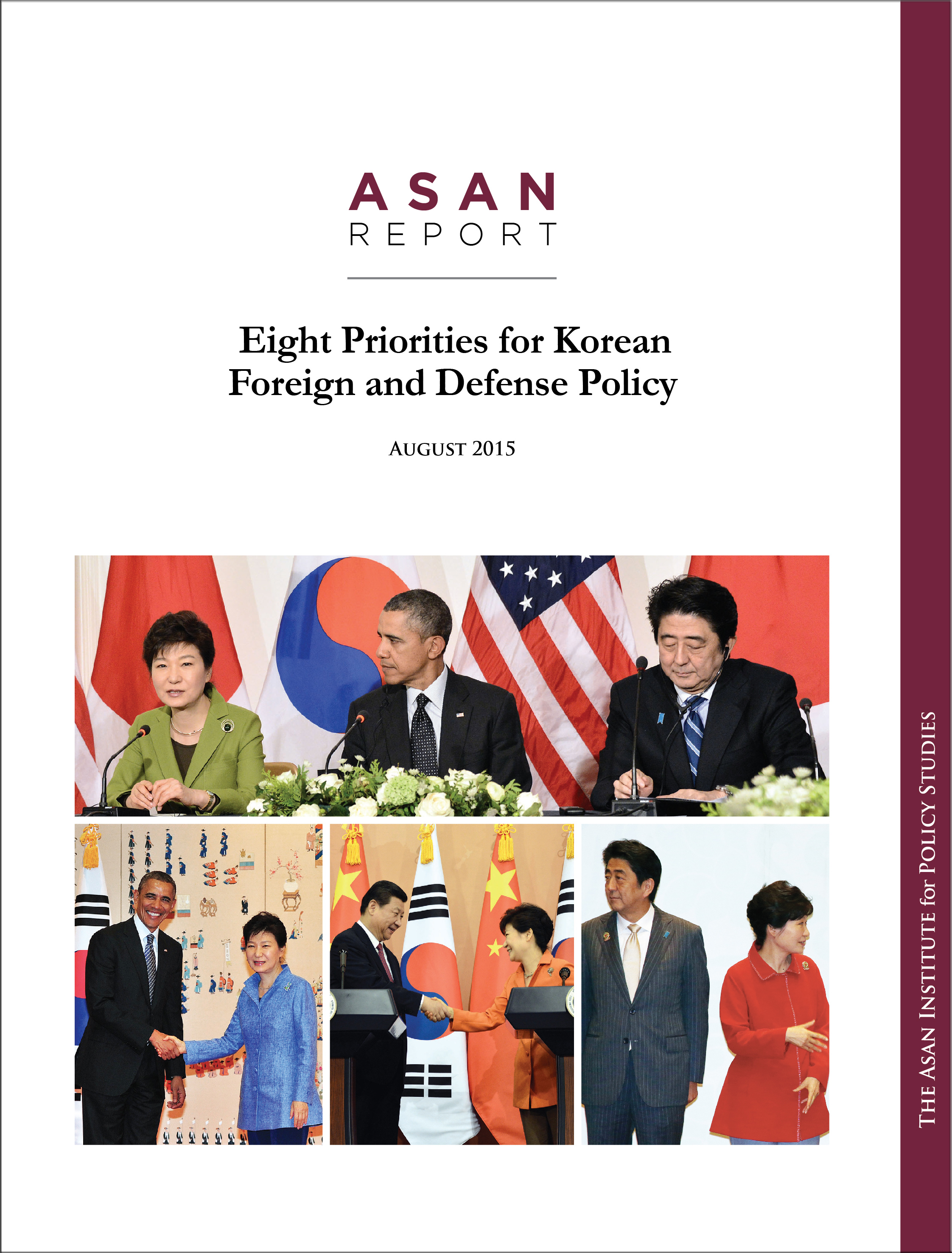 As the Park Geun-hye administration crosses the halfway point of its five-year term, the Asan Institute for Policy Studies has partnered with the Dong-A Ilbo, one of Korea’s leading national newspapers, to assess the administration’s performance on foreign affairs and national security. On April 2, 2015, Dong-A Ilbo released the joint investigation’s preliminary results in Korean. This report lays out eight key policy proposals that require greater leadership based on an updated assessment of the Park administration’s major foreign and defense policies. We hope that this report stimulates public discussion on the future direction of Korea’s foreign relations and national security policies.

1. Three Criticisms of the Park Administration’s Foreign and Security Policy

4) Stop Fixating on an Inter-Korean Summit

6) Search for a Breakthrough in Korea-Japan Relations

3) Identifying Countries of Importance to Korea