On Friday, January 3, 2014, Dr. Jang Ji-Hyang, Director of the Middle East and North Africa (MENA) Center at the Asan Institute for Policy Studies, was a guest speaker on Arirang TV’s After 10 to discuss the outlook for the Middle East in 2014. The wide-ranging interview covered the negotiations over Iran’s nuclear program, the ongoing Syrian civil war, political unrest in Egypt, and more.

“After 10″ looks at the major issues on the Korean Peninsula with insight from prominent figures in politics and society. The program is named “After 10″ because it airs every weeknight, right after the 10 p.m. Prime Time News. “After 10” is a talk show that invites guests from all over the world who are engaged in matters related to the Korean peninsula. Produced by Arirang TV’s News Production Center, we discuss the hottest issues in politics, society, culture and the economy! 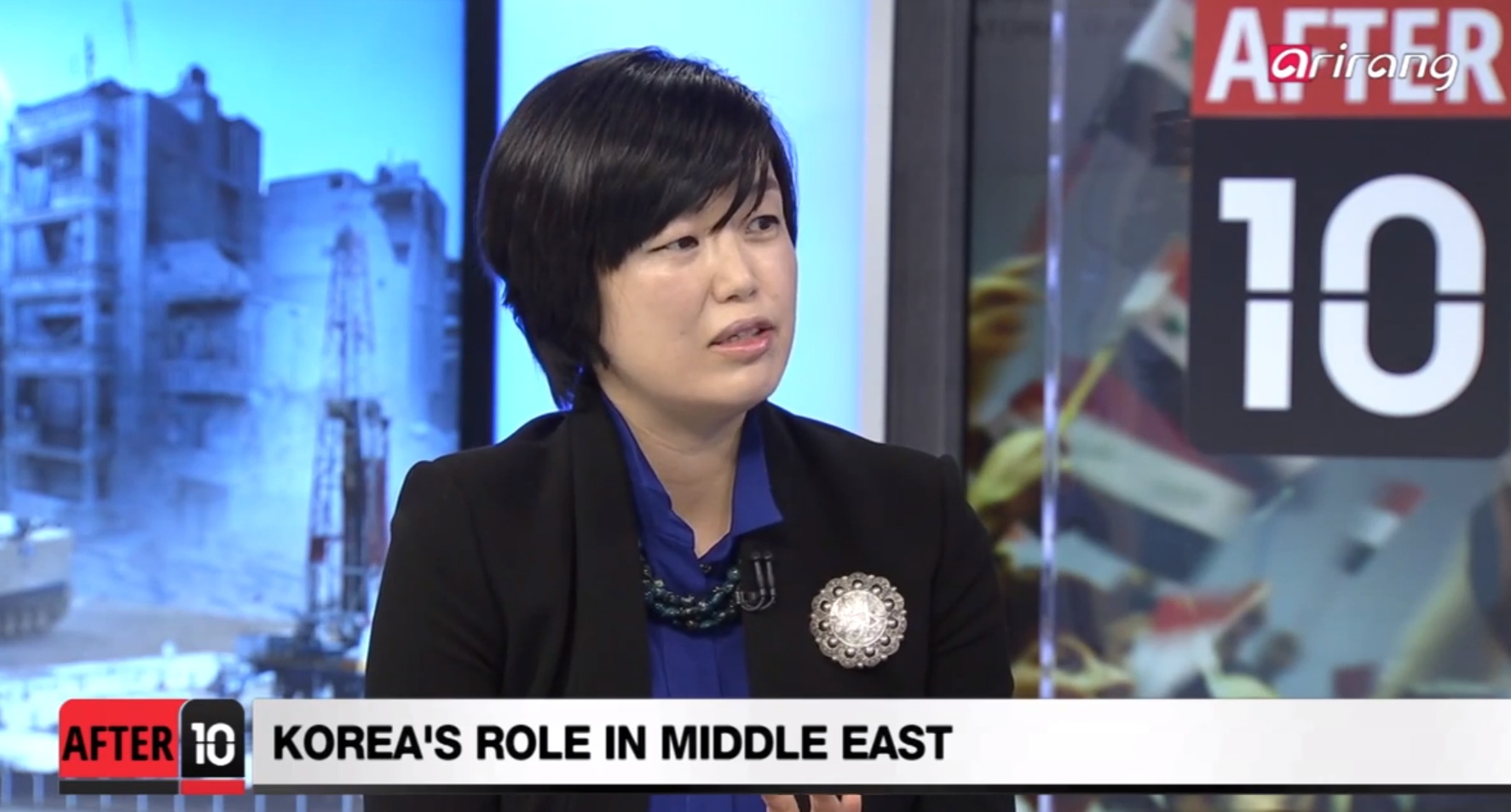