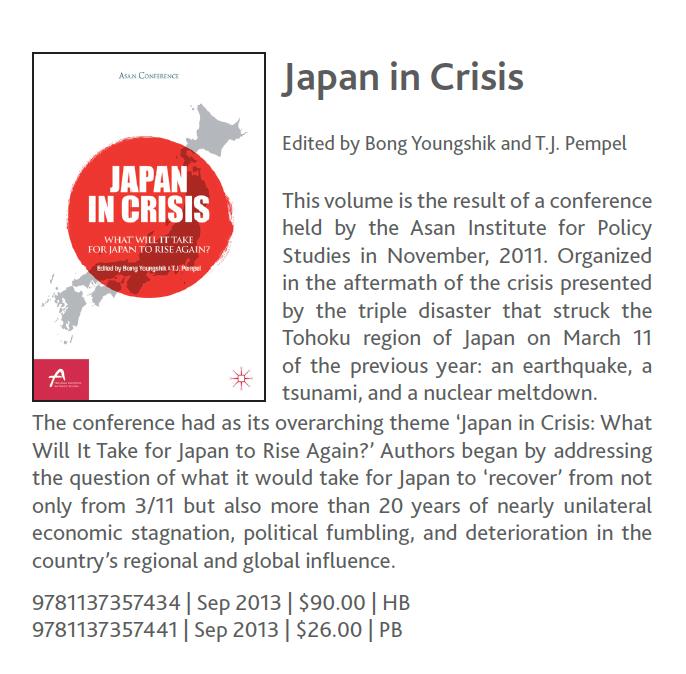 Produced as the result of an Asan Institute conference, Japan in Crisis was first published by the Asan Institute for Policy Studies in December 4, 2012. The book was released once again in September 19, 2013 through Palgrave Macmillan in association with the Institute, now available to readers in the US and worldwide.

The Political Economy of Slow Growth

Jun Saito
The Ghost of the Second Republic? The Structural Weakness of Parliamentary Bicameralism in Japan

Toward a Multicultural Solution?

Improving Relations with the Asia-Pacific Neighbors

Kazuhiko Togo
What Will It Take for Japan to Rise Again?: Vision, Regional Initiative, and Japan-Korea Relations