In recent years, the United States House of Representatives and Senate have been crippled by political gridlock and party polarization. Democrats and Republicans no longer seem capable of cooperating on anything. Watching the acrimonious debates over health care reform, immigration reform, and foreign policy, it is clear that bipartisanship is dead. Long live the partisan warrior.

While party polarization in the U.S. House of Representatives has been extensively documented, similar trends are now apparent in the Senate. Traditionally the bastion of moderation, negotiation, and cooperation, the Senate is now home to equally bitter feuds and partisan conflict. 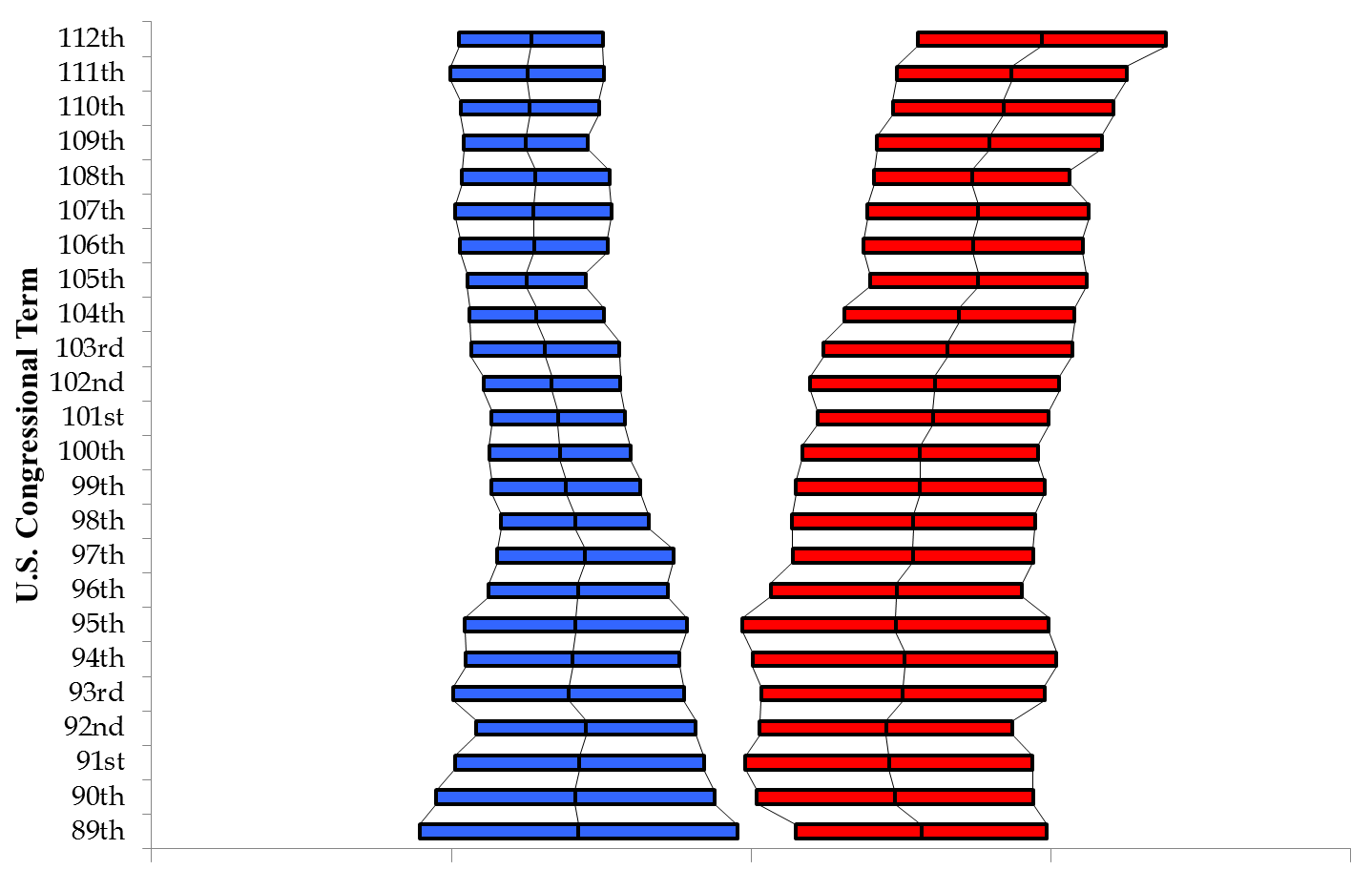 At a time when the Senate is reasserting its influence, the decline of centrist politics has important consequences for the future of American foreign policy. Recent calls for additional sanctions against Iran in the midst of ongoing nuclear negotiations do not bode well for a coherent U.S. policy towards Northeast Asia. Furthermore, isolationists are once more gaining traction in both parties, undermining America’ global standing and the credibility of its alliance commitments.

To further examine the causes behind the demise of bipartisanship in the U.S. Senate, on Tuesday, July 22, 2014, the Asan Institute for Policy Studies invited Professor Sean Theriault, Professor in the Department of Government at the University of Texas at Austin and a renowned expert on American political institutions, to deliver a presentation on “The Gingrich Senators and Party Polarization in the U.S. Senate.”

According to Prof. Theriault, growing party polarization in the U.S. Senate can almost entirely be attributed to the election of a particular type of senator: Republicans who previously served in the House of Representatives after 1978, the year Newt Gingrich was first elected to the House. These senators pioneered a new brand of conservative politics in the House that would help Ronald Reagan win the 1980 presidential election and eventually allow the Republican Party to regain the majority in the House in the 1994 “Republican Revolution.” In the following years, many of them would go onto serve in the Senate, bringing with them the same conservative principles and combative tactics they had honed earlier in their careers. 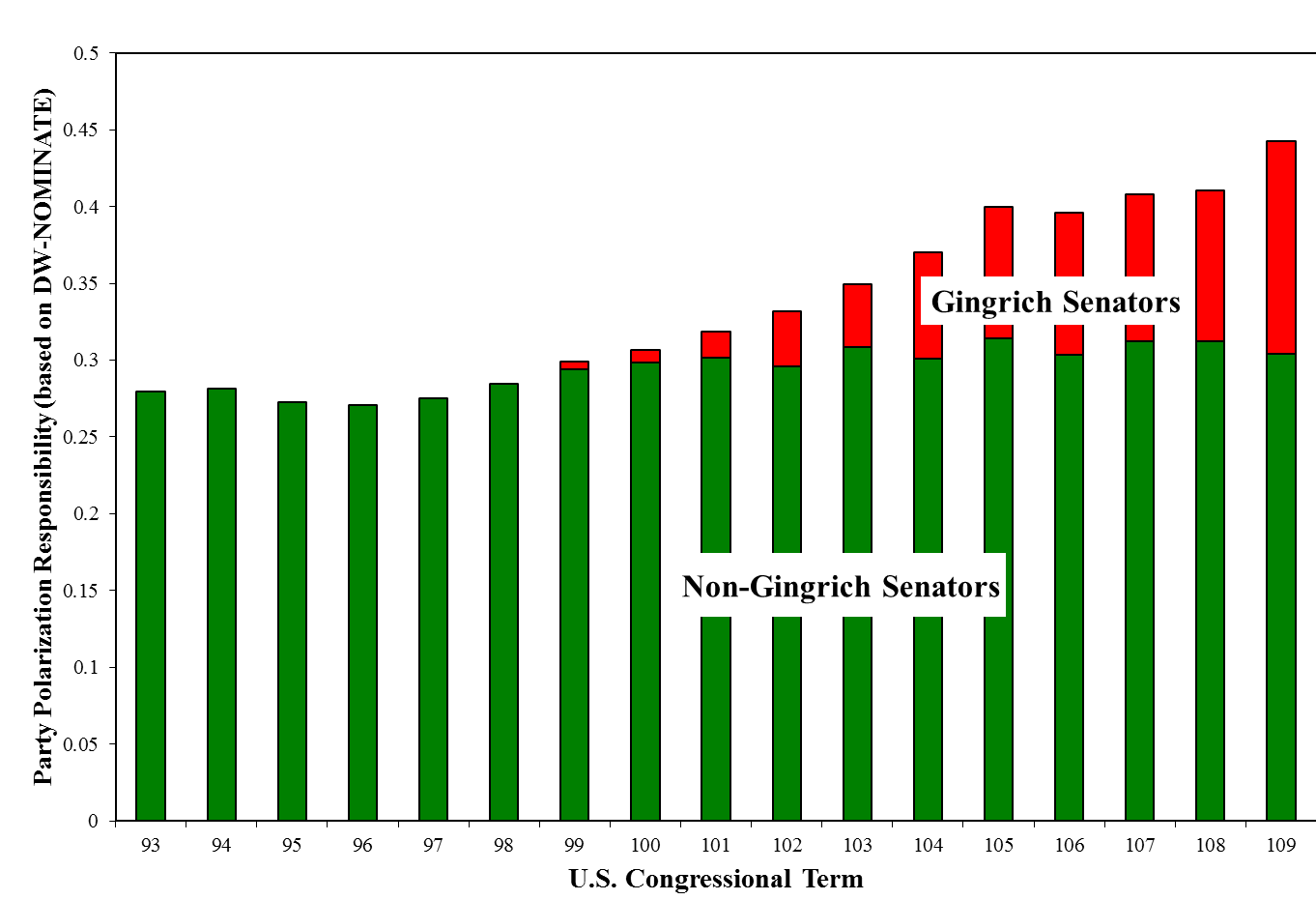 Prof. Theriault noted that as intellectual disciples of former Speaker of the House, Newt Gingrich, these ‘Gingrich Senators’ share certain traits. First, they are 60% more conservative than their fellow Republicans, based on their voting records. Second, they employ aggressive tactics against opponents, including use of filibusters, multiple amendments to legislation, refusal to co-sponsor bills, and donations to opponents of rival incumbents. Third, despite being less popular than other Republican candidates among constituents, they are able to raise more money, appear on television twice as much, and win elections at a greater rate than their rivals. Fourth, they have been crucial supporters of the election of a new generation of ‘Tea Party’ senators such as Ron Johnson (WI), Mike Lee (UT), Rand Paul (KY), Marco Rubio (FL), and Pat Toomey (PA).