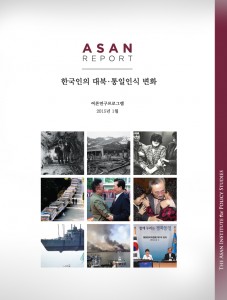 In her 2014 New Year’s press conference, President Park Geun-hye’s labeling of unification as a “bonanza” drew significant attention. The president accurately understood that the perceived economic burden of reunification was the primary reason the interest of South Koreans in reunification has dwindled. However, this report finds that the economic gap is not solely responsible for the growing divide between the South and the North. The South Korea public sees the differing political and values systems as also increasing that divide. More importantly, the ethnic bond that is thought to tie the two Koreas together is weakening among South Koreans.

Perceptions of North Korea as a country remain largely negative. The favorability of North Korea is consistently the lowest among any country included in the survey, challenged only by views of Japan. Views of North Korea’s leader—Kim Jong Un—are similar. These views, however, appear to be primarily political and do not extend to the people of North Korea.

As the data make clear, perception of the North Korean people are much more positive than are views of North Korea the country. However, that relationship is not as close as one might imagine. When questioned on personal affinity, North Koreans were ranked third out of four citizenries, coming in slightly below China. Even so, the overall score was significantly improved over views of the country. Of concern, however, is that the youngest South Koreans report the largest distance with North Koreans.

This youth detachment from North Korea is perhaps the most important recurring theme in the public opinion data over the past five years. While this cohort is clearly progressive on issues such as gay marriage, it also identifies as conservative on hard security issues. Those currently in their twenties are far more conservative when it comes to North Korea than are those currently in their thirties and forties.

For President Park, there has been difficulty in differentiating her North Korea policy from that of her predecessor, Lee Myung-bak. While President Lee was widely regarded as being too hardline on North Korea, President Park’s policy was rated as being virtually identical. However, that may not be a problem in terms of her presidency. A plurality of the public preferred the current policy or a harder-line policy when it comes to the North.

The visit by a high ranking North Korea delegation following the close of the Incheon Asian Games did little to sway public opinion on North Korea. Inter-Korean relations remained relatively unimportant when compared to other challenges facing the country. The visit also failed to shift public attitudes across a variety of more specific issues.

This report takes a closer look at the opinions held by the South Korean public on North Korea and unification. These attitudes are often highly pragmatic, and seem to indicate a public generally suffering from North Korea fatigue.

The South Korean government needs to foster an accommodating environment for unification. This includes, but is not limited to, emphasizing economic prosperity in the unified Korea and strengthening the ethnic connection with North Korea. In that regard, maintaining human exchanges is important before the emotional connection is lost entirely.