During Mar 20~22, the Blue House released its proposal to revise the South Korean Constitution.[1] The President also announced that he will table an amendment proposal on Mar 26. The proposed revision contains several interesting provisions that outline the requirements for 1) presidential term; 2) appointment of the prime minister; and 3) referendum timing.[2]

The opposition parties criticized the Blue House for announcing the proposed revision without consulting the National Assembly. We outline the differences among key players above.

In order to amend the constitution, the National Assembly must vote on the proposed amendment within 60 days from submission. If two-thirds of the Assembly supports the proposed amendment, the voters must participate in a national referendum 18 days thereafter.[3] With strong opposition from the LKP, the likelihood that the proposal will survive the Assembly floor vote is not likely. To make things more difficult for the administration and the ruling party, the National Referendum Act need to be revised before the referendum can be scheduled for June 13. The president has requested National Assembly to amend the National Referendum Act by April 27.[4]

Number of Seats in National Assembly (by Party)[5]

One thing going for the administration is strong public support. Recent polling shows that 59.6% of South Koreans are in favor of President Moon’s proposed amendment while 28.7% oppose.[7]

A group of South Korean officials visited China, Russia, and Japan during Mar 12-15 to coordinate policy on North Korea.[8] The three countries affirmed their support for the ongoing talks. On Mar 22, South Korea, North Korea and the US conducted a 1.5 track dialogue in Finland. The meeting sought to lay the groundwork for the upcoming summits in April and May.

The Blue House also suggested holding high-level talks with North Korea on Mar 29, ahead of the Inter-Korean Summit.[9] President Moon mentioned the possibility of a trilateral summit between ROK, US and North Korea following US-North Koreas summit in May.

South Koreans appear cautiously optimistic with 53% of surveyed public stating that they believe North Korea’s attitude has changed but 64% think that North Korea will never give up its nuclear weapons.[10]

Meanwhile, ROK and the US have announced that the allies will resume the annual joint military drills as of Apr 1.[11] The drills, however, will not include strategic assets, such as aircraft carriers or long-range bombers.

On Mar 16, the National Assembly Committee on Environment and Labor began discussions on the amendment to the Minimum Wage Act.[12] Under the current law, the minimum wage only includes basic salary, service allowance, and position allowance. It excludes irregular items, such as overtime pay, food allowance, and lodging expenses. The major parties disagree about the inclusion of these irregular items in the wage category.

South Korea is reviewing the possibility of joining the CPTPP. Kim Dong-yeon, the Minister of Strategy and Finance, stated on Mar 12 that the government would begin the process of deliberating the CPTPP this year with the goal of becoming a member state by August. The agreement is expected to come into effect by the first half of 2019.[14]

The Korea Development Bank (KDB) began investigating GM Korea on Mar 12, starting with the Bupyeong facility. Earlier that week, the company applied for entry into special investment zones with the provincial governments of Incheon and Gyeongsangnam-do, which would help the company become eligible for tax exemptions. Barry Engle, head of GM foreign operations, said that the company will do more to ensure transparent management. Meanwhile, GM is facing difficulties reaching a compromise with GM Korea employees over the matter of overdue wages.[15] The KDB stated on the Mar 14 that it would consider offering a short-term bridge loan up to the value of its holdings in GM Korea if the company agreed to cooperate with the government investigation.[16]

Korea joined the global development of 5G networks, looking to operationalize the digital infrastructure in three years. The three major Korean telecommunication companies (i.e. SK, KT and LG) are preparing to submit their tenders for building this digital infrastructure with procurement expected to start in June.[17]

The government announced that it will submit a supplemental budget request in mid-April. In evaluating the KRW 4trn (USD 3.68bn), the National Assembly will have to consider whether the increase will lead to measurable results. The existing budget on youth employment has not been depleted. One reason for the supplemental budget is to finance the increase in annual salaries for youths working in SMEs by KRW 10mn (USD 9,200).[18] 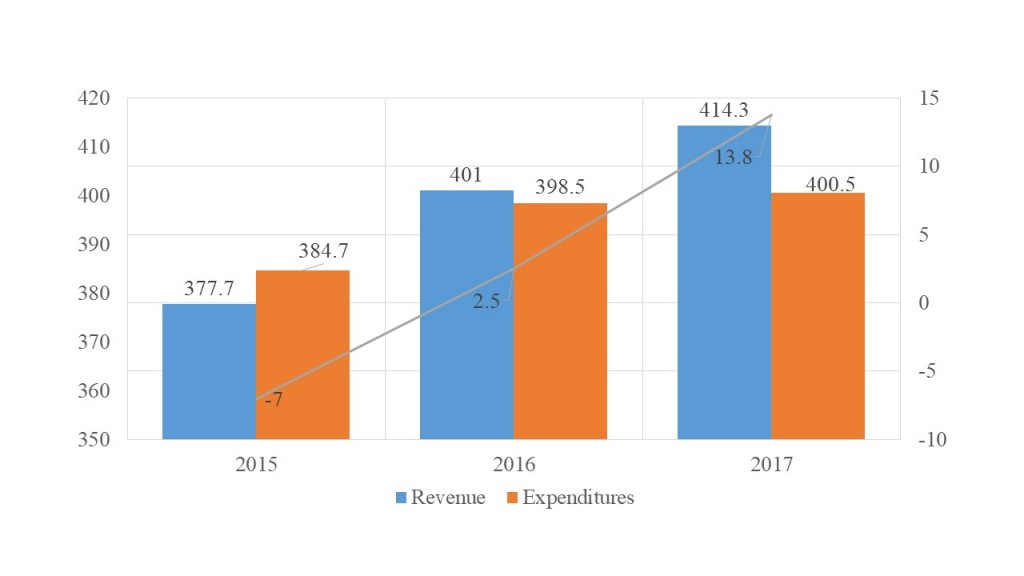 The Ministry introduced measures to strengthen government bond market stability. To spur continued recovery and address rising risks, the Korean base interest rate rose by 0.25% from 1.25 to 1.5% at the end of 2017.[22] While there have been speculations of another increase in the official rate before Q3, the Bank of Korea (BOK) has not made any announcements to do so.[23] This is important for two reasons.

The first is the timing of this decision in relation to the local elections scheduled for Jun 13. The move has been praised by the DPK[24] but criticized by the opposition like the Bareun Future Party.[25] 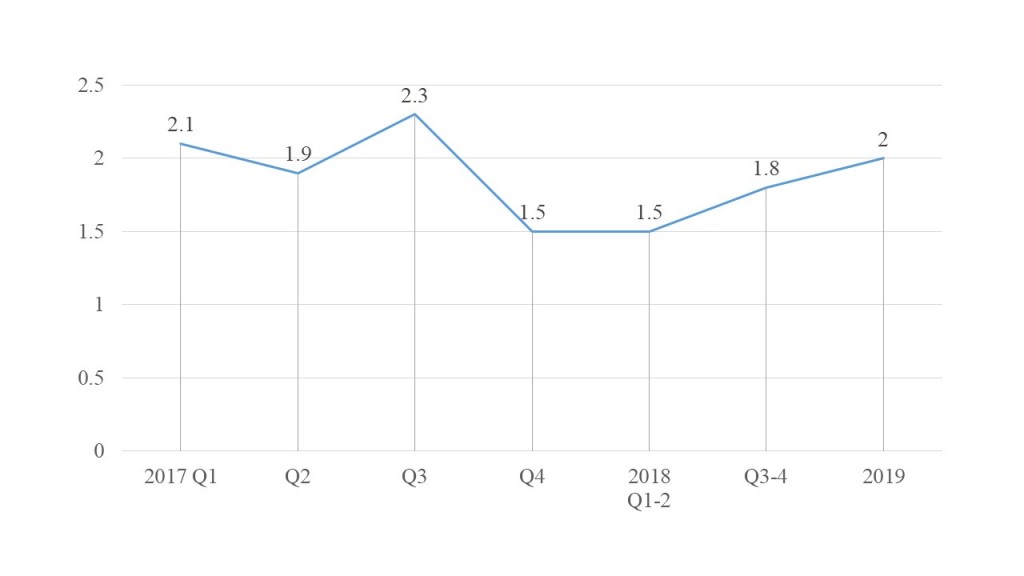