On November 23, North Korea fired its long-range artillery from Changrin Island in the West Sea.[1] It marked the ninth anniversary of the Yeonpyong Island incidence. The provocation was also a clear violation of the Sept 19 inter-Korean Comprehensive Military Agreement, in which the two sides agreed to suspend all hostile acts in the buffer zone. The Ministry of Defense expressed regret.

Five days later, North Korea fired two missiles from the Hamgyong Province.[2] The projectiles traveled 380km with an altitude of 97km before crashing into the East Sea. Authorities believe a multiple rocket launcher may have been used. Experts claim that North Korea is getting increasingly anxious over no sign of change from Washington.

On Nov 25-26, ASEAN-South Korea Summit was held at the Busan Exhibition and Convention Center (BEXCO). The two sides discussed Korea-ASEAN 30&30, promoting connectivity for sustainable prosperity, and expansion of people-to-people exch ange, cultural exchange, science-technology cooperation, and startup cooperation. The two sides also pledged to enhance cooperation on peace in Northeast Asia. The heads of states from Korea and ASEAN countries adopted the ASEAN-Korea Joint Vision Statement for Peace, Prosperity, and Partnership, and Statement of the Partnership for Peace, Prosperity for People.

As part of the two special summits, President Moon held a series of summit meetings with respective leaders from Singapore, Vietnam, Malaysia, and Thailand.

On Nov 23, Moon held a summit meeting with Singapore’s prime minister Lee Hsien Loong to discuss expanding cooperation and mutual prosperity, as well as establishing peace on the Korean peninsula. The two sides signed a memorandum of understanding (MOU) on smart cities, pharmaceuticals, and cybersecurity.[4]

On Nov 19, President Moon held a televised town hall meeting which lasted for 117 minutes. Issues raised by the audience ranged from prosecution reform, real estate, minimum wage, 52-hour work week, inter-Korean relations, and GSOMIA. Observers gave President Moon credit for connecting with the public. Nonetheless, it was not without controversy. The opposition party filed a petition President Moon for making false claims regarding a conservative politician Lee Hoi-chang during the televised meeting.[6]

On Nov 22, the Blue House announced that it would suspend the earlier decision to withdraw from the military intelligence-sharing pact, known as GSOMIA, with Japan. Kim You-geun, the First Deputy Chief of National Security, said that the government decided to suspend the previously announced termination of GSOMIA. South Korea also moved to withdraw its complaint to the World Trade Organization (WTO) against Japan’s export controls. These measures will remain The Japanese Ministry of Economy, Trade, and Industry said that it would begin working-level talks with the South Korean counterparts.[7]

Foreign Minister Kang Kyung-wha met with her Japanese counterpart Toshimitsu Motegi on the sidelines of the G20 Foreign Ministers’ Meeting in Nagoya on Nov 23. They agreed to coordinate a bilateral summit between their leaders next month.[8]

On Nov 27, two Russian Tu-95MS strategic bombers conducted a 10-hour flight over the neutral waters of the East Sea and the East China Sea, according to the Russian TASS news agency. South Korea deployed F-15 and F-16 fighters, and Japan responded with its F-2. “Long-range aviation pilots regularly perform flights in strict compliance with the International Rules of Using the Airspace, without violating the borders of other states,” the Russian Defense Ministry emphasized. South Korea’s Defense Ministry said that Russian bombers did not enter the Korea Air Defense Identification Zone (KADIZ) this time.[9]

Chinese Foreign Minister Wang Yi will visit Seoul for two days from Dec 4 to 5, according to South Korea’s Foreign Ministry on Nov 28. Yi’s trip will be the first ministerial-level visit since the deployment of the THAAD system in South Korea. During his visit, Yi is expected to meet with Kang Kyung-hwa to discuss the issue of President Xi Jinping’s possible visit to South Korea as well as the Korea-Japan-China trilateral summit scheduled to take place in Chengdu next month.[10]

On Nov 29, the Monetary Policy Board of the Bank of Korea (BoK) decided to keep its benchmark interest rate at 1.25 percent.[11] The BoK also stated that the country’s growth would be about 2 percent (1.9~2.1%) this year. Concerning next year’s forecast, the BoK expected the economy to post a growth rate of about 2.2~2.3%. “[T]he sluggishness in exports and facilities investment will ease somewhat, and consumption growth will moderately rise, although the adjustment in construction investment will continue,” said the BoK.[12]

South Korea’s Prudential Life Insurance is up for sale. According to industry sources, U.S.-based Prudential Financial, Inc. has hired Goldman Sachs to manage the sale of its Korean unit, which is expected to fetch about KRW 2 trillion. The country’s financial majors KB and Woori Financial Groups are named as potential bidders.[13] 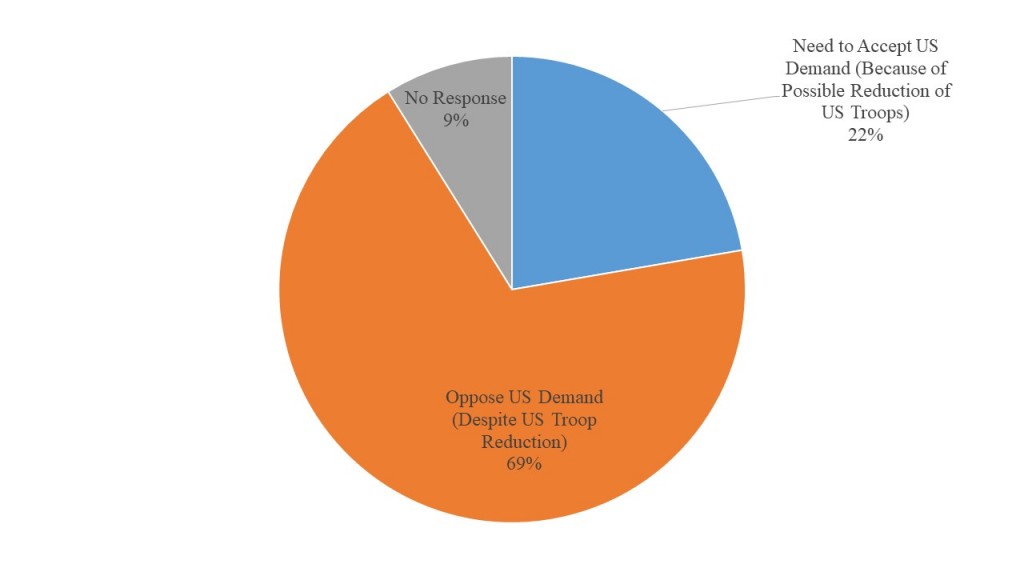