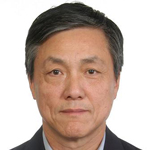 Mr. Yang is Senior Fellow at the China Institute of International Studies for China Foreign Policy Research. He was, as the inaugural Director of Office for Korean Peninsula Affairs in the Chinese Foreign Ministry, heavily involved in and organized the Six-Party Talks. He also took part in the Four-Party Talks on the Korean Peninsula in the 1990s. He was a Pantech Fellow at Stanford University (2006-2007) and was invited to give lectures at the School of Law at Harvard University, as well as the School of Business and School of Law at Stanford University. Because of his contribution to policy research, he was awarded by the State Council of China as the “outstanding expert in the field of social science research,” and was the recipient of Honorable Awards from the State Council.