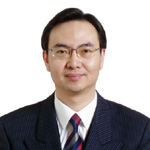 Dr. SU, Hao, is a professor in the Department of Diplomacy at the China Foreign Affairs University. He was chairman of Diplomacy Department, director of China’s Foreign Relations Section, general secretary of East Asian Studies Center, and director of Center for Asia-Pacific Studies , and a founding director of Center for Strategic and Conflict Management within this university. He is also affiliated with some institutions in China, such as, president of Beijing Geopolitical Strategy and Development Association, members of Chinese Committee for Council of Security Cooperation in the Asia-Pacific (CSCAP) and Pacific Economic Cooperation Council (PECC); board members of China Association of Arms Control and Disarmament, Chinese People’s Association for Friendship with Foreign Countries, China Association of Asia-Pacific Studies, China Association of Asian-African Development Exchange, and China Association of China-ASEAN. He got his B.A. in history and M. A. in international relations from Beijing Normal University and Ph. D. in international relations from China Foreign Affairs University. He took his advanced study in the School of Oriental and African Studies (SOAS), University of London in 1993-1995; and was a Fulbright scholar in Institute of War and Peace Studies of Columbia University, and in Institute of East Asia of University of California at Berkeley in 2001-2002; and a guest professor in Department of Peace and Conflict Studies of Uppsala University in Sweden in 2004.