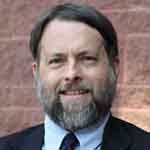 Mr. Bandow is a senior fellow at the Cato Institute. He previously served as a visiting fellow at the Heritage Foundation and a Special Assistant to President Ronald Reagan. He is a columnist for Forbes online and has been widely published in such periodicals as Time, Newsweek, Fortune, Christianity Today, Foreign Policy, Harper’s, National Interest, the New York Times, the Wall Street Journal, and the Washington Post. He is currently a regular contributor to the American Conservative, Huffington Post, National Interest online, American Spectator online, and Daily Caller. Mr. Bandow has written and edited several books, including Foreign Follies: America’s New Global Empire; The Korean Conundrum: America’s Troubled Relations with North and South Korea; and Tripwire: Korea and U.S. Foreign Policy in a Changed World. He received his B.S. in economics from Florida State University in 1976 and his J.D. from Stanford University in 1979.