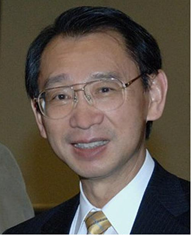 Amb. Abe Nobuyasu is serving as Commissioner of the Japan Atomic Energy Commission since April 2014. He served as UN Under-Secretary-General for Disarmament Affairs (2003-06) and Director-General for Arms Control and Science Affairs (1997-99) of the Ministry of Foreign Affairs of Japan. Prior to the current assignment, he served as Director of the Center for the Promotion of Disarmament and Non-Proliferation at the Japan Institute of International Affairs (2008-14). He performed three ambassadorial assignments; Ambassador to the IAEA and other international organizations in Vienna (1999-2001), Saudi Arabia (2001-03) and Switzerland (2006-08). He served as a member of the advisory board to the International Commission on Nuclear Nonproliferation and Disarmament (ICNND; 2008-10). He is a member of the Asia-Pacific Leadership Network for Nuclear Non-proliferation and Disarmament (APLN; 2011-present ), Group of Eminent Persons for the Entry into Force of the CTBT and the International Institute for Strategic Studies (IISS; 1984-present).