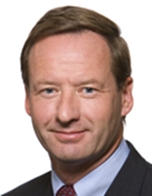 Mr. Bruce Klingner specializes in Korean and Japanese affairs as a senior research fellow for Northeast Asia at The Heritage Foundation. Prior to joining The Heritage Foundation in 2007, Mr. Klingner served for 20 years in the Central Intelligence Agency and the Defense Intelligence Agency. He was the CIA’s deputy division chief for Korea, responsible for the analysis of political, military, economic and leadership issues for the president of the United States and other senior U.S. policymakers. He previously was the chief of the CIA’s Korea office, which analyzed military developments during ongoing nuclear tensions with North Korea. Mr. Klingner is a distinguished graduate of the National War College, where he received a master’s degree in national security strategy. He also holds a master’s degree in strategic intelligence from the Defense Intelligence College and a bachelor’s degree in political science from Middlebury College in Vermont.