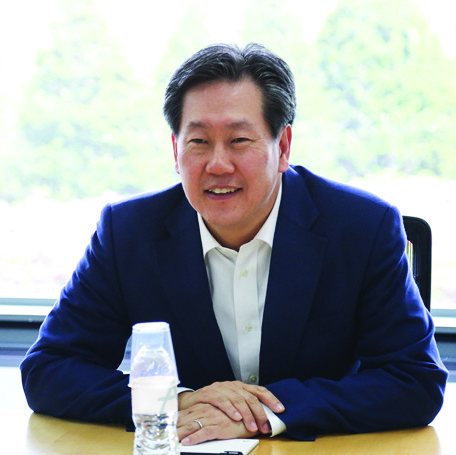 President, The Asan Institute for Policy Studies
Welcoming Remarks, Plenary Session I - "Is the U.S. Back?"

Dr. Hahm is the president of the Asan Institute for Policy Studies. Previously, he was a senior political scientist at the RAND Corporation in Santa Monica, California, professor in the School of International Relations and the Department of Political Science as well as the director of the Korean Studies Institute at the University of Southern California, director (D-1) of the Division of Social Sciences Research & Policy at UNESCO in Paris, and a professor in the Department of Political Science at Yonsei University. Dr. Hahm is the author of numerous books and articles, including “South Korea’s Miraculous Democracy,” Journal of Democracy (2008), “The Two South Koreas: A House Divided,” The Washington Quarterly (2005), and Confucianism for the Modern World (co-edited with Daniel A. Bell, Cambridge University Press, 2003). He has taught at Duke, Georgetown, and Princeton Universities. Dr. Hahm received a B.A. in economics from Carleton College and his M.A. and Ph.D. in political science from the Johns Hopkins University.