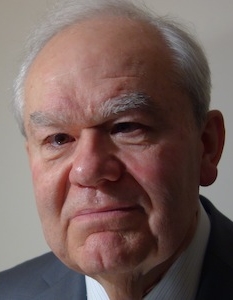 Prof. François Godement is Director of the Asia & China program and Senior Policy Fellow at ECFR, a nonresident senior associate of Carnegie (Washington), and an external consultant to France’s Policy Planning. A professor at France’s National Institute of Oriental Languages and Civilisations and Sciences Po, he also created the Asia Centre IFRI at the Paris-based Institut Français des Relations Internationales (1985-2005). In 2005, he founded the Asia Centre as an independent centre for research on Asian issues. In 1995 he co-founded the European Committee of the Council for Security Cooperation in the Asia-Pacific (CSCAP), which he co-chaired until 2008. He has also been a member of the advisory board for the Europe China Academic Network (ECAN). Recent publications include Contemporary China, from Mao to Market, 2015; Xi Jinping’s China, 2013; France’s Pivot to Asia, 2014; and China’s Downturn: The Facts Behind the Myth, 2015. He graduated from the École Normale Supérieure de la rue d’Ulm and Harvard University.