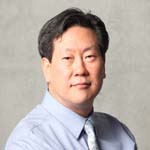 Dr. Hahm is the president of the Asan Institute for Policy Studies. Previously, he was a senior political scientist at the RAND Corporation (2007-2010), professor in the School of International Relations and the Department of Political Science as well as the director of the Korean Studies Institute at the University of Southern California (2005-2007), director (D-1) of the Division of Social Sciences Research & Policy at UNESCO in Paris (2003-2005), and a professor in the Department of Political Science at Yonsei University (1992-2005). He has been a visiting professor at Duke, Georgetown, and Princeton universities and a visiting fellow at the International Forum for Democratic Studies in Washington, D.C. Dr. Hahm received a B.A. in economics from Carleton College and an M.A. and Ph.D. in political science from the Johns Hopkins University.