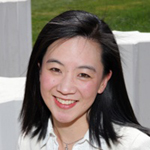 Dr. Han is an associate professor of political science at Wellesley College and was a fellow in the Robert Wood Johnson Scholars in Health Policy Research Program at Harvard University from 2009 to 2011. She is the author of Moved to Action: Motivation, Participation, and Inequality in American Politics and her scholarly works have appeared in numerous journals. Dr. Han sat on the Volunteer Leadership Advisory Committee to the Sierra Club Board from 2008 to 2012, acted as co-convenor of a Policy Advisory Committee for the 2008 Obama campaign, chair of the Advisory Committee to the EAC Agency Review Team on the Obama-Biden Transition Team, and served as National Issues and Policy Advisor to Senator Bill Bradley’s presidential campaign in 1999-2000. Dr. Han received her Ph.D. in American politics from Stanford University and her B.A. in American history and literature from Harvard University. She received Stanford University’s Centennial Teaching Award in 2002 and Wellesley College’s Apgar Award for Innovative Teaching in 2006.