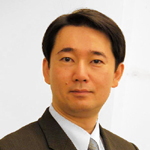 Dr. Huang is the director of the international master’s program in international studies and associate professor in the Department of Diplomacy at National Chengchi University (NCCU) in Taiwan. He is also founding director of the Center for Foreign Policy Studies at the NCCU College of International Affairs. Between 2009 and 2011, he was chairman of the Research and Planning Committee at Taiwan’s Ministry of Foreign Affairs, and from October 2011 to January 2012 he worked in President Ma Ying-jeou’s campaign headquarters for international affairs and press. He was a visiting scholar at SAIS (2008) and a visiting fellow at the Brookings Institution’s Center for Northeast Asian Policy Studies (2012). His research interests include conflict management, public diplomacy, U.S. foreign policy, and the international relations of Southeast Asia. He earned an M.A. in political science from the George Washington University and a Ph.D. in international relations from University of Maryland at College Park.