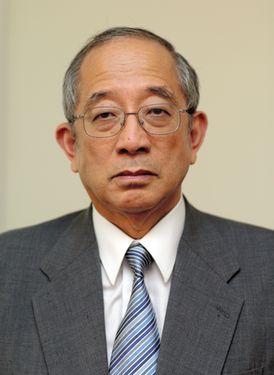 Professor and Director, Institute for World Affairs, Kyoto Sangyo University
Plenary Session I - "Is the U.S. Back?"

Ambassador Togo is a professor and the director of the Institute for World Affairs at Kyoto Sangyo University. Dr. Togo was Japan’s ambassador to the Netherlands, and was a visiting professor at numerous universities, including Temple University in Tokyo, Princeton University, Seoul National University, Leiden University, Tamakang University in Taiwan, and UC Santa Barbara. He also served as the director-general and the chief of the Treaties Bureau for the Japanese Foreign Ministry. Dr. Togo joined the foreign ministry in 1968 and spent half of his career on Russia, but also dealt with issues involving the U.S., Europe, international law, and economics before his retirement in 2002. He also served as the director of the Institute for World Affairs in Kyoto. His recent publications in English include Japan’s Foreign Policy 1945-2009; Japan and Reconciliation in Post-war Asia: The Murayama Statement and its Implications (editor); and (co-editor) East Asia’s Haunted Present: Historical Memories and the Resurgence of Nationalism. He received his Ph.D. from Leiden University.