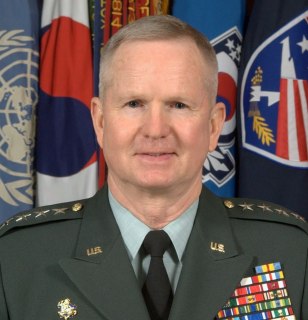 General Bell is a retired United States Army four star general and currently independently consults across a wide range of national and international security activities. He is a former Commander of United Nations Command, Combined Forces Command and United States Forces in Korea, as well as the United States Army, Europe and NATO’s Land Component Headquarters. General Bell is a veteran of the Iraq Desert Storm Campaign where he served as General Norman Schwarzkopf’s Executive Officer. He is a lifetime member of the Council on Foreign Relations, holds a master’s degree in Systems Management from the University of Southern California, and has been awarded three honorary doctorate degrees. General Bell is a recent contributor to the Peterson Foundation’s and Stimson Center’s proposal, “A New US Defense Strategy for a New Era: Military Superiority, Agility, and Efficiency.”