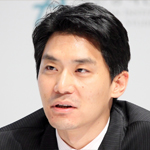 BONG Youngshik is a Senior Research Fellow at the Asan Institute for Policy Studies. Prior to joining the Asan Institute, Dr. Bong taught at American University’s School of International Service in Washington, DC as an Assistant Professor from 2007 to 2010. He was also a Freeman Post-doctoral Fellow at Wellesley College and an Assistant Professor of Korean Studies at Williams College in Massachusetts. His research focuses on the interplay between nationalism and security issues such as Dokdo and other island disputes in Asia, anti-Americanism, and ROK-US alliance. He is the author of “In Search of the Perfect Apology: Korea’s Responses to the Murayama Statement” in Kazuhiko Togo, ed., Japan and Reconciliation in Post-war Asia: The Murayama Statement and Its Implications (2012) and the co-editor of Japan in Crisis: What It Will Take for Japan to Rise Again? (2012; with T.J. Pempel). He holds a B.A. from Yonsei University, and an M.A. and a Ph.D. in Political Science from the University of Pennsylvania.