On May 9, President Moon Jae-in met with Japanese Prime Minister Abe and Chinese Premier of the State Council Minister Li Keqiang for a trilateral summit in Japan.[1] Moon also held separate bilateral meetings with his counterparts. Moon and Abe confirmed their position on DPRK’s complete, verifiable, irreversible denuclearization (CVID). Japan also demanded South Korea’s support for the Japanese abductee issue.[2] China and Japan expressed their support for the Panmunjom Declaration and the three countries adopted the Joint Declaration of the Seventh Japan-China-ROK Trilateral Summit.[3] Interestingly, there was no mention of “complete, verifiable, irreversible denuclearization” in the joint declaration. Observers believe that this showed a fundamental disagreement among three countries over North Korea’s nuclear issue.[4]

North Korea abruptly delayed a high-level meeting which was scheduled for May 16. The meeting was initially proposed by North Korea, but Pyongyang canceled the meeting citing US-ROK joint military exercise and Tae Young Ho’s statement in the press.[5] Furthermore, North Korea threatened to cancel the scheduled summit with the US. It is worth noting that North Korea recently released three US detainees as a gesture of goodwill.

The South Korean Ministry of Unification issued a statement expressing regret over the recent moves by North Korea.[6] The Ministry of Defense said that the military exercise will continue as planned.[7]

Many in South Korea are not surprised by the change in North Korea’s attitude. The LKP and Bareun Party warned against depending too much on North Korea and urged others to avoid playing into North Korea’s tactics.[8] Experts believe that it is part of North Korea’s strategy to pressure the US and South Korea ahead of the US-DPRK summit.[9] The South Korean public generally agree that denuclearization is non-negotiable. The Ministry of Unification announced that it has organized a task force to prepare for inter-Korean cooperation in line with the Panmunjom Declaration.[10]

The National Assembly agreed to conduct a special investigation into the Druking scandal and work on passing the Supplementary Budget.[11] However, the political parties remain divided over the details of the investigation.

During the 7th Economic Ministerial Meeting on May 17, The Ministry of Strategy and Finance (MST) announced that it planned to improve transparency on South Korea’s foreign exchange policy by releasing periodic reports on the government’s foreign exchange operations. The latest move appears to be a response to the United States categorizing South Korea as a currency manipulating country.[13]

Ministry of Trade, Industry and Energy MOU with GM

Putting an end to what has been weeks of labor unrest and hearings, the Ministry of Trade, Industry and Energy (MOTIE) signed a memorandum of understanding with GM. The terms of the MOU involved restructuring Korea GM and reinvestment by GM (USD 6.4bn). Korea Development Bank’s investment has been rescaled by USD 75mn. GM said that it would move its Asia-Pacific headquarters to South Korea from Singapore and expand Korea GM operations. Among the changes will include the production of intermediary parts in South Korea as well as R&D of electric vehicles.[16]

Education Committee Proposes to Shut Down the Ministry of Education

The Education, Culture, Sports, and Tourism Committee of the National Assembly submitted a bill on May 11 calling for the closure of the Ministry of Education. Yoo Sung-yeop, who heads the committee, said that it was a move to reform the education system entirely by replacing the central education policy-making body with a National Education Commission. Assembly Member Yoo said that the functions of Ministry of Education were administratively and politically ensnared, making the whole policy process inefficient. As an alternative, the Committee proposed the formation of an autonomous Commission, which will allow educational institutions, civil society groups, and parents to formulate South Korean education system.[17]

On May 16, the government released its marginal unemployment figures for April at +123,000. For the first time since 2010, the South Korean unemployment numbers have remained in hundred thousand for three consecutive months.[18] 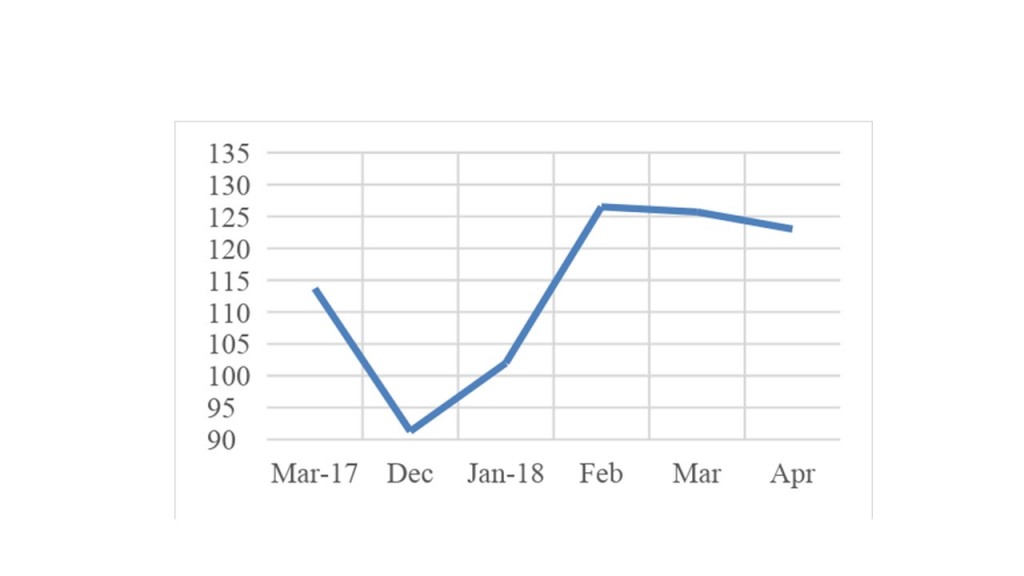 Youth unemployment continues to be an economic challenge for the country with only 42% of the people between 15-29 years-old in employment.[19]

The South Korean government has been experimenting with different ways to encourage growth in the labor market, such as raising minimum wages. Kim Dong-yeon, the Deputy Prime Minister for Economic Affairs, reversed his once-skeptical outlook on the effectiveness of these measures. He said that while the numbers may not yet show much impact, measures like minimum wage will positively influence both wage and employment.[20]