South Korean President Moon Jae-in met North Korean leader Kim Jong Un at Panmunjom on April 27. It was the first meeting between the two heads of state in 11 years. The two leaders met for 12 hours and released the Panmunjom Declaration.[1]

The South Korean public reaction to the inter-Korean summit was generally favorable. According to a poll conducted by Realmeter, the support for President Moon soared to 78.3%, which is 8.3% higher than the previous week. The ruling Together Democratic Party (TDP)’s support also rose to 54.9%.[2] South Korean public’s view of North Korea’s willingness to denuclearize has undergone a significant shift as well. 64.7% of South Koreans now believe that North Korea is genuinely willing to denuclearize, while only 28.3% remain skeptical. Prior to the summit, only 14.7% believed that North Korea was willing to denuclearize and 78.3% expressed doubt.[3] 71.4% of South Koreans also believe that CVID is now possible (only 18.2% believe that it is impossible).

Do you believe in North Korea’s willingness to denuclearize? 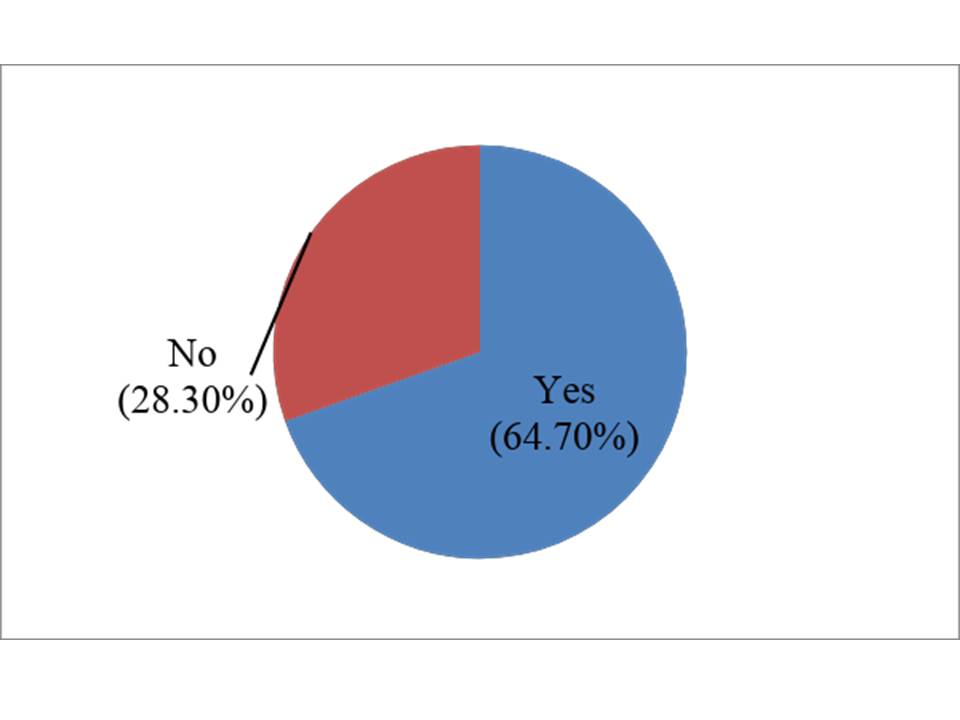 One interesting indicator is the sale of Pyongyang naengmyon, which was on the dinner menu at the summit. The North Korean delegation brought the venerable noodle dish from Pyongyang, which was served to both Kim and President Moon. According to a study conducted by Shinhan Credit Cards,  the sale of Pyongyang naengmyon during April 27-29 (Friday~Sunday) was 80% higher than the average revenue during the previous four week period across 1500 Pyongyang naengmyon establishments in South Korea. The rise in consumption was especially pronounced among customers in their 20s, which showed a near 100% increase from the same date one year ago.[4]

Do you think CVID is possible? 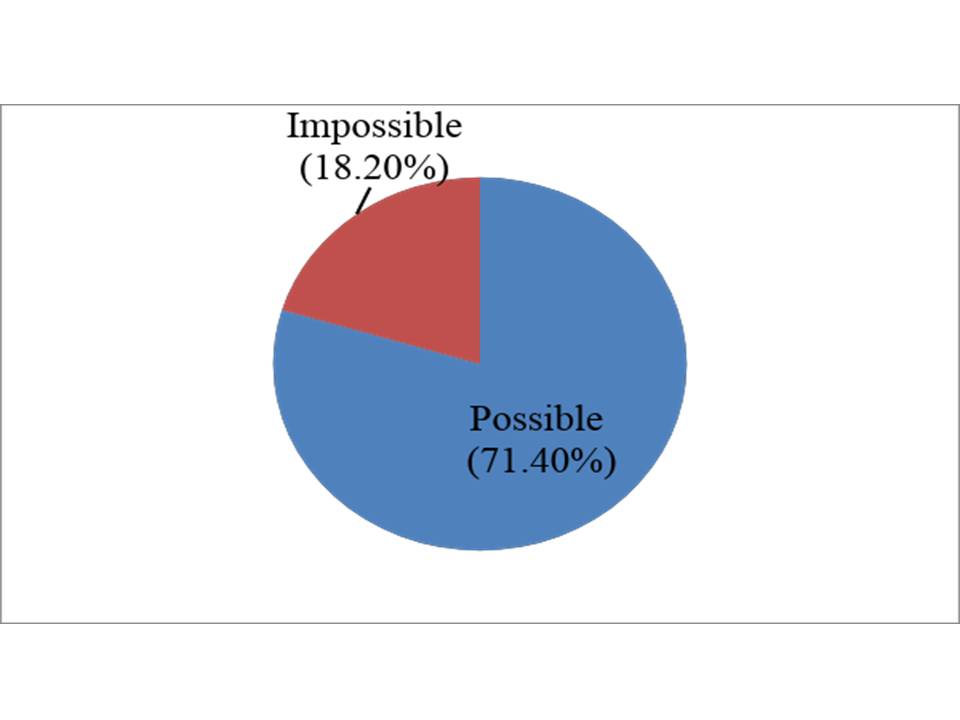 Many observers viewed the summit as a success, particularly in terms of preparation, level of harmony, and sincerity among the two leaders. However, many experts stated that the summit failed to address the most important issue of denuclearization.[5] Other observers cautioned against jumping to conclusions ahead of the US-DPRK summit.

President Moon is scheduled to visit Japan on May 9 to attend the 7th trilateral summit meeting with Japan and China to discuss the recent developments in the Korean Peninsula.[6]

The South Korean government will not be able to hold a national referendum for constitutional reform in June.[7] President Moon tabled the reform proposal on Mar 26, but his plan fell through as the deadline for amending the National Referendum Act passed on Apr 23.

The Blue House blamed the National Assembly for failing to reach an agreement on this issue. The TDP, in turn, criticized the Liberty Korea Party (LKP) for political obstruction.[8]

The possible dates for the referendum are September 2018 and 2020. The former is being pushed by the LKP in order to have enough time to review the government’s proposed revision. The latter was proposed by the TDP because of concerns over voter turnout. The TDP claims that it would be difficult to secure a 50% voter turnout needed for the referendum to be valid in September. The next general election is scheduled for 2020.

The Bank of Korea (BOK) released its Monetary Policy Report for the 2018 Q1 on Apr 26. The report indicates that the consumer price index (CPI) fell by 1.3%. 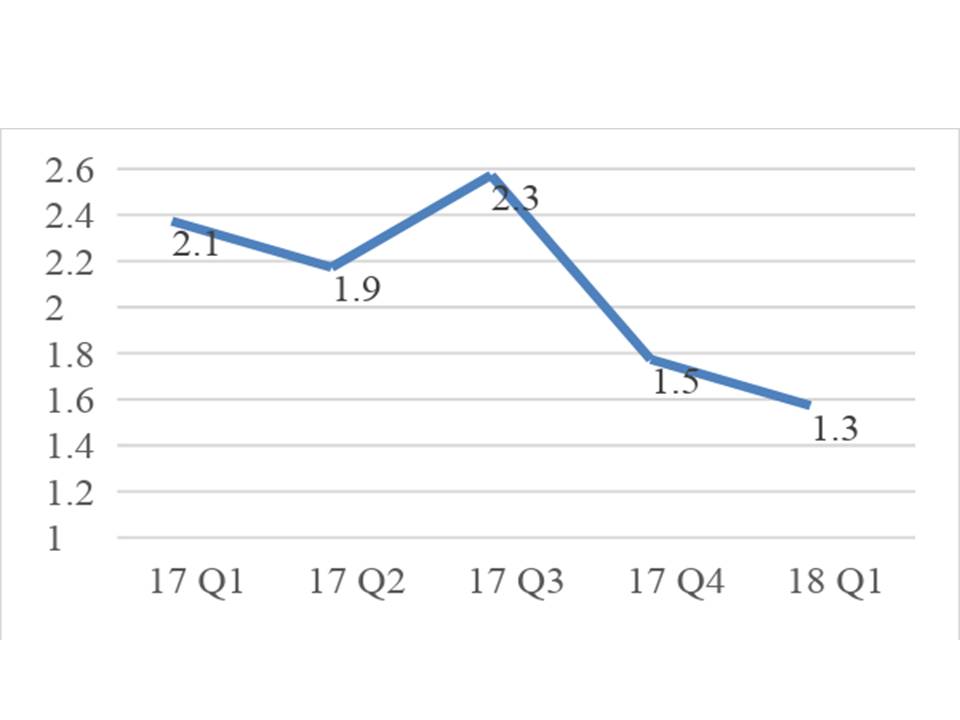 This trend may be associated with a declining performance in the housing market during 2017~18. The combination of economic protectionism and North Korean risk caused fluctuations in long-term market interest rates. There is, however, continued growth in the domestic investment portfolio to buttress economic recovery. Based on these trends, the BOK decided to maintain a stable inflation outlook while accommodating for further growth by holding its base rate at 1.5%. Growth trends that the BOK hopes to continue seeing is in both domestic consumption and investment as well as exports.[9]

Relevant ministers met on May 1 to discuss how to implement the proposed supplementary budget in light of unresolved risks, such as youth unemployment, structural adjustment, and SME revitalization.[10] The National Assembly also failed to reach a consensus on the supplementary budget. The decision regarding the budget is being delayed for two reasons. One is concern about the impact that the budget may have on the June 13 provincial elections. A second contributing factor is competing agenda – namely the legislative measures that National Assembly will need to consider following the inter-Korean summit.[11]

On May 4, the newly appointed head of the Financial Supervisory Services (FSS) Yoon Seok-hun presented his vision for South Korea’s financial regulatory reform. As an academic, Yoon is known for supporting progressive financial regulation.[12] There are three main directions in Yoon’s vision:[13]

A board of experts will also advise the FSS by providing policy analysis and normative recommendations.

The Ministry of Strategy and Finance (MOSF) announced that it is preparing for different types of inter-Korean economic cooperation in accordance with the Panmunjom Declaration. The MOSF has raised the issue during the Annual Meeting of the Asian Development Bank on May 3. The Korean government appears focused on getting the international community involved in promoting economic cooperation in the Korean Peninsula. The Minister of Strategy and Finance Kim Dong-yeon stated that it is important to involve relevant stakeholders as the North engages diplomatically with other countries.[14]

*Unofficial translations     **As of the date of publication