North Korea took a major step towards dismantling the Sohae Satellite launching station.[1] US Secretary of State Mike Pompeo stated that inspectors should be present to monitor the dismantling process.[2] North Korea also returned the US MIA/POW on July 27.[3] Although the remains must still be verified, North Korea appears intent on demonstrating good faith.

On July 20, the Blue House released the “Wartime Martial Law and Joint Action Plan,” which laid out a detailed plan for declaring martial law during the candlelight protest against former President Park Geun-hye. The 67-page report includes details about troop deployment, media censorship, and military control of various government apparatus.

Some have questioned whether this was a planned coup d’etat by the South Korean military. Colonel Min Byung-sam stated that Minister Song Yong-moo approved the document while Minister Song adamantly denied this claim.

The special prosecutor began an investigation into the matter while former Defense Minister Han Min-koo has been barred from leaving the country.[6] There are concerns that this incident could seriously undermine the military’s credibility.[7] On July 26, President Moon ordered the reform of the Defense Security Command.

President Moon’s support rate dropped to 62%, a record low since his inauguration. The decline in approval can be attributed to the government’s minimum wage policy and new tax measures. The ongoing controversy surrounding the ‘Wartime Martial Law and Joint Action Plan’ document appears to be another contributing factor.[9] 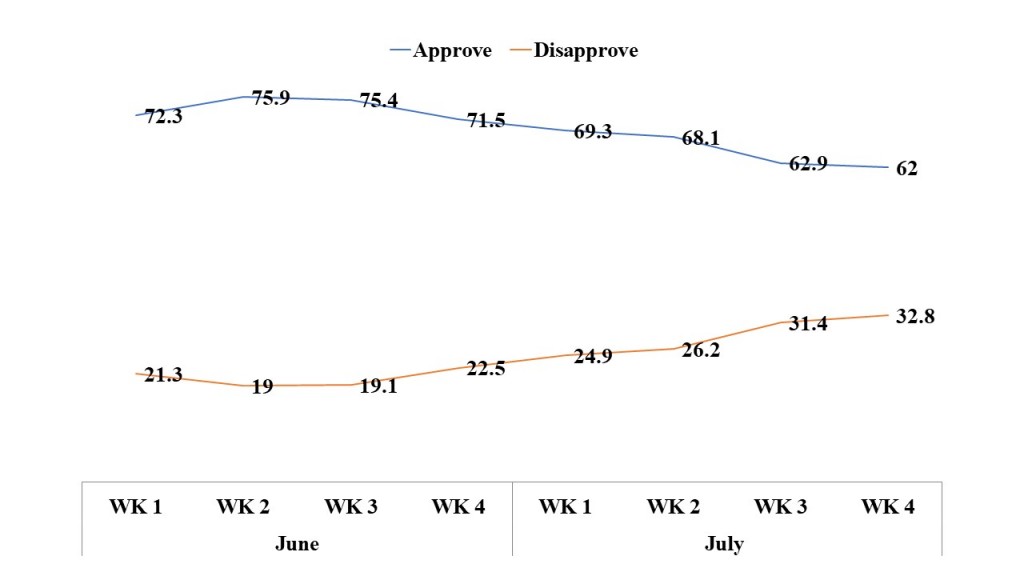 On July 18, the Ministry of Strategy and Finance (MoSF) announced its economic outlook for the second half of 2018. Minister Kim Dong-yeon and other top-ranking officials in MoSF revised the growth outlook to 2.9% from 3%. They also stated that growth and employment will be difficult. One remedy is to boost employment and income subsidy for low-income households through increased spending via supplementary budget amounting to about KRW 4 trillion (USD 3.53bn).[10] The beneficiary of such policy are likely to jump from 1.66 to 3.34 million households.[11]

On July 26, the Ministry of Trade, Industry and Energy (MOTIE) in cooperation with a civilian task force on foreign resource development released a report identifying risky investments made by utilities. The Korea Gas Corporation (KOGAS) invested USD 384 million in the Akkas condensate fields in Iraq during 2010. Over the following four years, KOGAS saw losses of USD 379 million. The report also identified that KOGAS invested an additional USD 139 million in 2013 in the build-up to the Iraqi Civil War. As of the end of 2017, three government-owned corporations, KOGAS, Korea National Oil Corporation and the Korea Resources Corporation, together ran up a loss of KRW 15.9 trillion (USD 14.2 billion). The report calls for a restructuring of these corporations as a response to management deficiencies.[12] 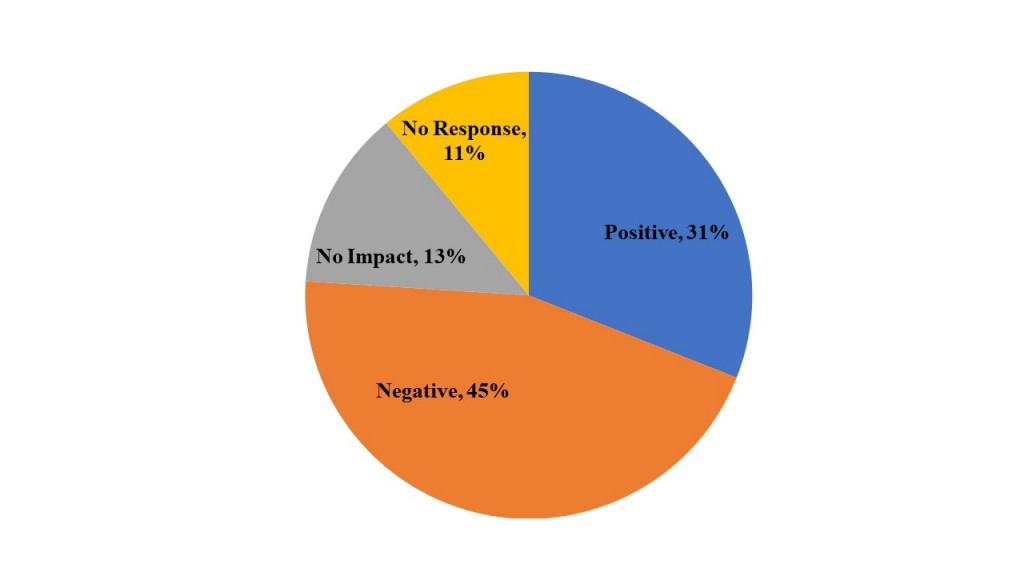 The Financial Services Commission (FSC) of Korea stated that the Corporate Restructuring Act must be revived. On July 22, the FSC announced the creation of “the Creditor Financial Institutions Task force for Corporate Restructuring” as a temporary stopgap measure. This task force would permit financial institutions to work with the government in the corporate restructuring process, especially as it relates to corporate debt.[15]

The European Union (EU) announced on July 19 that it would apply a 25% tariff as a response against US protectionism against steel. 23 steel product categories were identified, most of which are also major Korean exports. South Korea is the fourth largest steel exporter to the EU.[16] In accordance with the WTO law (Article XIX of GATT 1994 and Article VI of the Agreement on Safeguards), provisional safeguard measures may be kept in place for a maximum of 200 days, which means that Korean exports shall be subject to the tariff until February 2019.[17]