On Nov 22, the two Koreas connected a cross-border road on Arrowhead Hill. Korean War soldier remains are being recovered in this area.[1] The US Defense Secretary James Mattis announced that it will reduce the scale of the Foal Eagle exercise scheduled for next spring.[2]

Amid all the progress on inter-Korean cooperation, the Chief of South Korean National Intelligence Service Suh Hoon confirmed that there have been several attempts by North Korea to hack into South Korean and international cyberspace after the third inter-Korean summit.[7]

The governor of Gyeonggi Province Lee Jae-myung is embroiled in a political scandal after the police concluded that Lee’s wife made defamatory comments through twitter during the last presidential election.[8] Lee denied these charges while the ruling TDP party was careful not to draw any conclusions. Though it is unclear how this case would unfold, some observers believe that it could lead to a split within the TDP.[9]

President Moon in the Czech Republic and G20

Next President Moon headed to the G20 meeting in Argentina. On Nov 30, Moon held a bilateral meeting with the US President Trump which lasted 30 minutes. The two heads of state agreed that Kim’s visit to Seoul would provide an additional momentum for peace.[10] Trump reaffirmed his determination to hold a second Trump-Kim summit towards the beginning of next year. The two leaders also agreed on the importance of maintaining existing sanctions until North Korea’s final and fully verified denuclearization.[11]

President Moon’s support is at 48.8%, which is the lowest since his inauguration.[12] The decline in public support appears to be the result of economic downturn and a series of political scandals associated with the Blue House staff members and the ruling party.[13] The lack of support for Moon was especially prominent among moderates, independent businessmen, homemakers, and people in their 50s.[14] 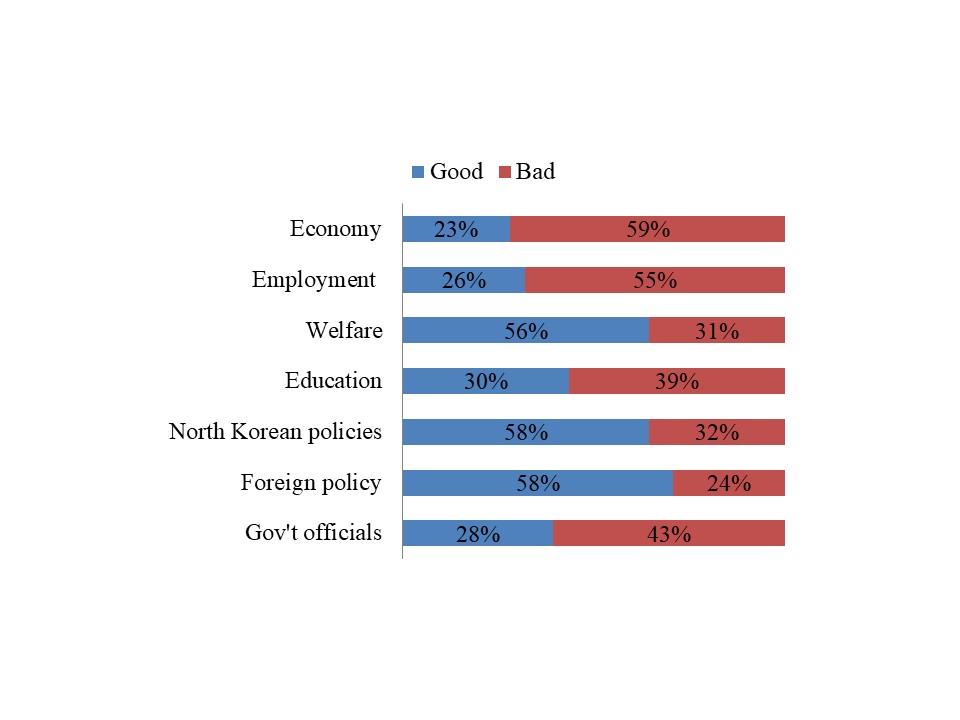 The South Korean Joint Chiefs of Staff announced that a Chinese military aircraft (possibly Y-9 reconnaissance) entered the South Korean Air Defense Identification Zone (KADIZ) on Nov 26. It first flew into KADIZ from northwest of Jeju Island at around 11:00 and entered the Japan Air Defense Identification Zone (JADIZ) at 11:38. It then returned to the KADIZ at 12:43 and finally exited the zone at 15:53. This is the seventh such incursion this year. The South Korean Air Force responded by scrambling 10 fighter jets, including KF-16 and F-15K. The Ministry of National Defense called in the Chinese military attaché to lodge a formal complaint.[16]

On Nov 29, the South Korean Supreme Court ruled that the Mitsubishi Heavy Industries should compensate the South Korean forced laborers during the earlier part of the 20th century.[17] The Supreme Court’s decision is consistent with the ruling from Oct 30 on Nippon Steel & Sumitomo Metal Corporation.

South Korea’s Ministry of Foreign Affairs stated that it respects the Supreme Court’s decision. The Japanese government and the Mitsubishi Heavy Industries responded that the court decision is regrettable and vowed to respond resolutely.

The South Korean government officially announced on Nov 21 that it will dissolve the Reconciliation and Healing Foundation. The foundation was created in accordance with the 2015 bilateral agreement between Seoul and Tokyo with the purpose of financially supporting South Korean victims of Japan’s wartime sexual slavery. The Ministry of Gender Equality and Family said that the 2015 pact concluded does not adequately reflect the victims’ interests.[18] In response to this announcement, Japanese Prime Minister Abe Shinzo told reporters that “if international pledges are broken then forging ties between countries becomes impossible and as a member of the international community [Japan urges] South Korea to act responsibly.”[19]

According to a report released by the Korea Development Institute (KDI) on Nov 19, the 2007 Employment Act has contributed to a significant decline in the country’s overall employment. The Act requires employers to offer all contract employees with more than two years of employment tenured permanent positions within the company. KDI report states that since its enactment in 2007, regular employment has increased but total employment has declined.[20]

The Monetary Policy Board of the Bank of Korea decided on Nov. 30 to raise the Base Interest Rate from 1.50 percent to 1.75 percent, despite the growing uncertainty in the global financial markets. The Bank expects the decision would curb financial imbalances such as fast-growing household debt. Household debt in South Korea surpassed a record-high of 1,500 trillion won (USD 1.3 trillion) as of the end of September.[21] 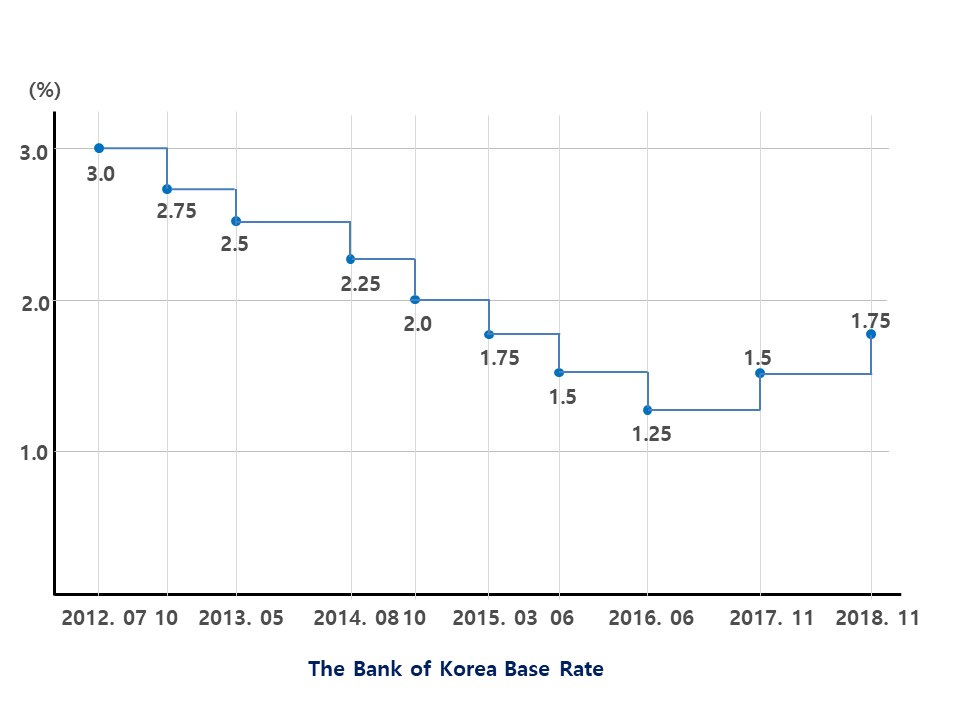 On Nov 26, the government and the ruling Democratic Party agreed to lower the credit card commission fees for small businesses in an effort to revitalize the country’s slumping economy. For stores with an annual revenue between KRW 500 million and KRW 1 billion, the credit card commission rate will be cut from the current 2.5 percent to 1.4 percent. The rate on those with revenue between KRW 1 billion and KRW 3 billion will be lowered from 2.21 percent to 1.6 percent. For those with revenue of less KRW 500 million the rate remains unchanged (between 0.8 percent and 1.3 percent).[22]

[3] The UN Command refused to permit South Korean trains from crossing the DMZ for four months. The inspection will be conducted for 18 days on the railway stretching over 2,600km. “남북 철도공동조사 30일 시작…한반도종단철도 꿈 첫발”, 한겨레, 2018년 11월 28일.