On Dec 8, the National Assembly passed the budget for 2019 with only two-thirds of the total legislative members voting (yea: 168; nay: 129; abstain:15).[1] The remaining one-third of the National Assembly strongly objected to the budget drafted by the two largest parties. The new budget totaled KRW 469.57 trillion, which is KRW 930 billion lower than the originally proposed amount. The reduction was noticeable in the areas of youth employment and inter-Korean cooperation. The budget for birth rate, re-employment, and Social Overhead Capital (SOC) increased, however.[2] Comprehensive real estate tax remained at 3.2%.

President Moon nominated 16 new appointees to various ministries on Dec 14.[3]The recent announcement appears to be an attempt to strengthen President Moon’s hand as he is approaching the midpoint of his term.[4]

Ratification of the Revised KORUS FTA

On Dec 7, the National Assembly ratified the new KORUS FTA (yea: 180; nay: 5; abstain: 19).[5] The ratification will enter into force after 60 days. The revised KORUS FTA extends tariffs on South Korean pick-up trucks until 2041.[6] It also lifted the cap on American auto exports to South Korea from 25,000 to 50,000 vehicles. Other revisions include measures prohibiting duplicative litigation on Investor-State Dispute Settlement (ISDS) and improving transparency of anti-dumping and countervailing duties.

On Dec 7, the Trump administration called on South Korea to pay $1.2 billion, which is significantly larger than $830 million.[7] President Moon stated that the US demand is unacceptable. Due to the large gap in demand from both sides, the two sides have been unable to reach an agreement.[8] If the two sides fail to reach an agreement by early next year, non-personnel costs related to US troop basing in South Korea may not be serviced on time.

Do you believe North Korea will follow through the agreement?[9] 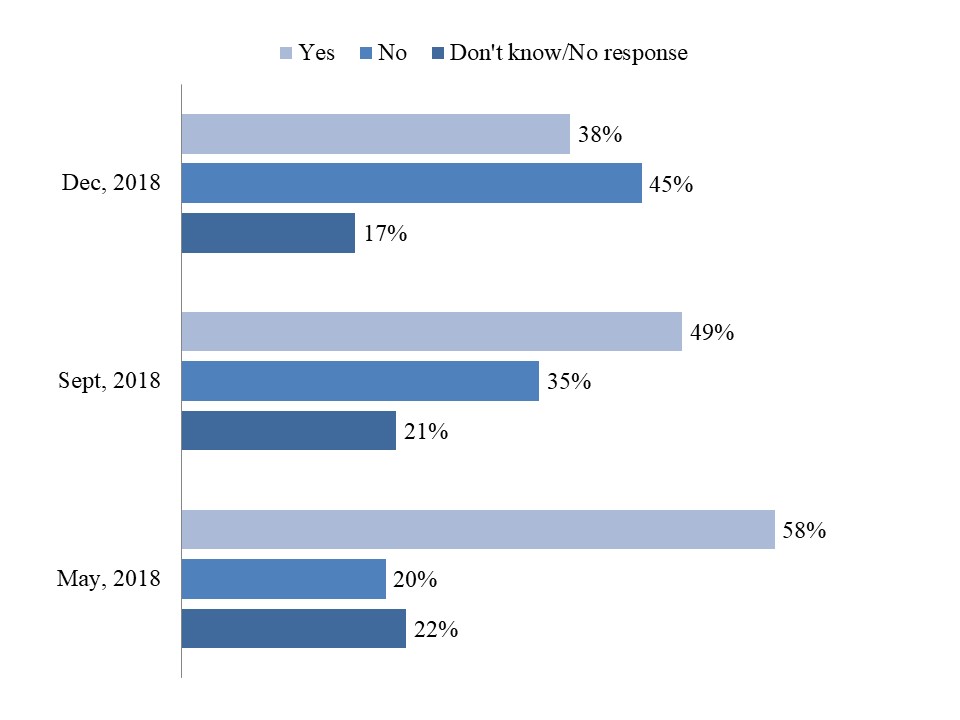 The highly anticipated visit by Kim Jong Un to South Korea is not expected to happen until next year.[10] South Korea has also completed the inspection of the Gyeong-ui railway line. The groundbreaking ceremony for the railway and road is expected to occur on Dec 26. On Dec 12, the two sides completed the removal of several guard posts from the DMZ.[11]

Meanwhile, the public support for President Moon and the ruling party appears to be waning due to a poorly performing economy. 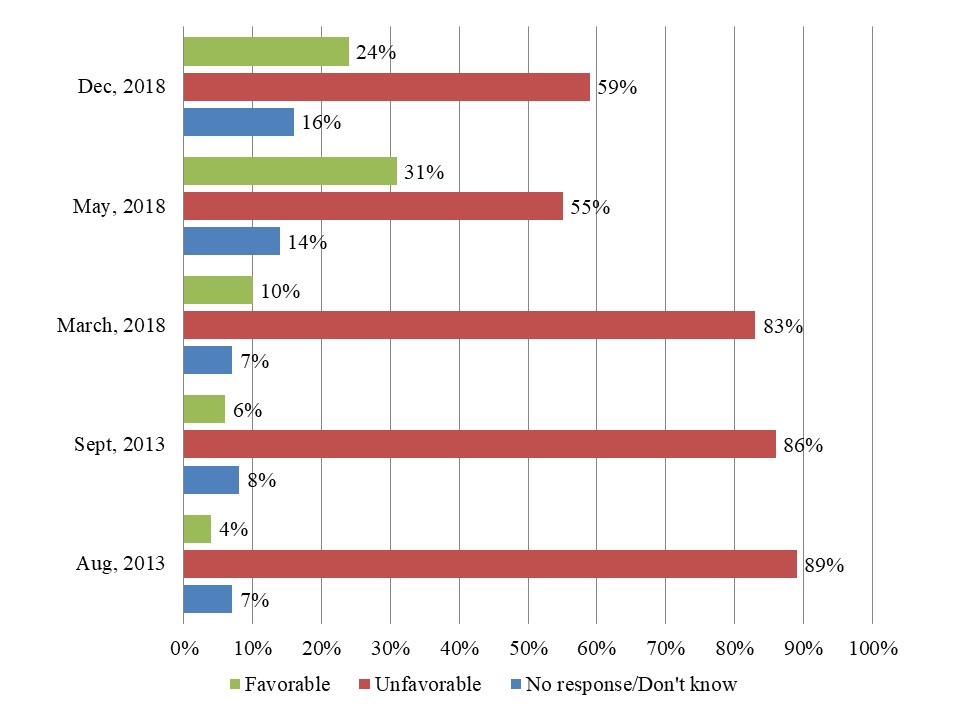 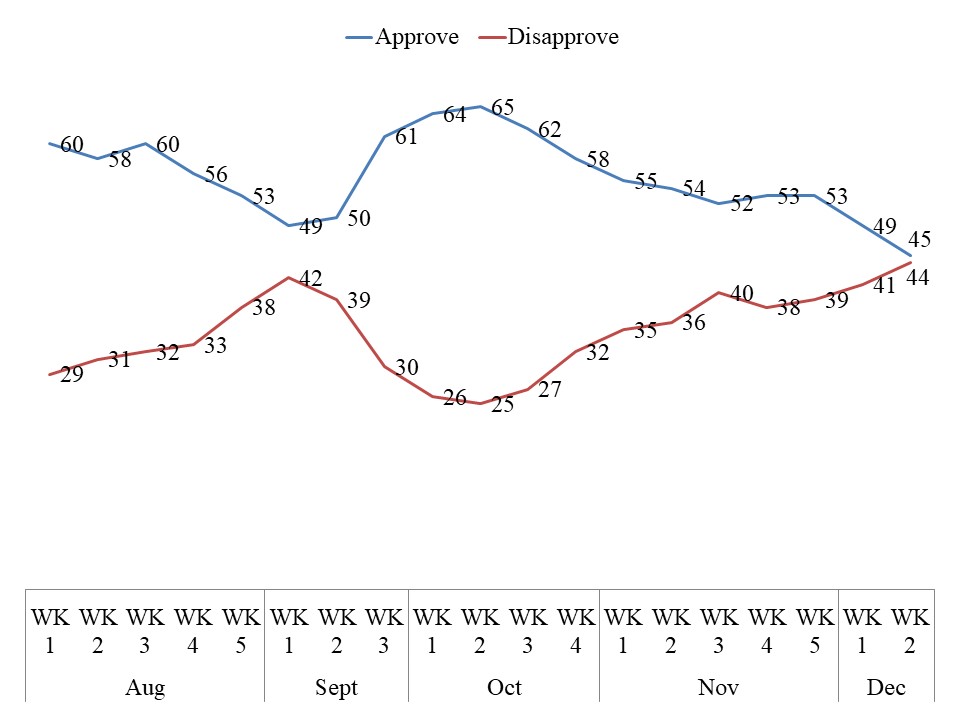 Reorganization of the Ministry of Foreign Affairs

The Ministry of Foreign Affairs has decided to establish a new division that handles China-related matters. If the plan is confirmed, the new division is expected to be operational in 2019. The decision was taken in light of the growing significance of China to the South Korean economy and the need to strengthen cooperation with Beijing. At the moment, China-related issues are handled by the Northeast Asian Affairs Division which also manages relations with Japan. Under the new organization, the Northeast Asian Affairs Division I, which currently handles Japan-related matters, is likely to be merged with a division that deals with Australia and India related matters. A diplomatic source in Tokyo said that the plan shows Seoul’s shift in its diplomatic priorities from Japan to China.[12] 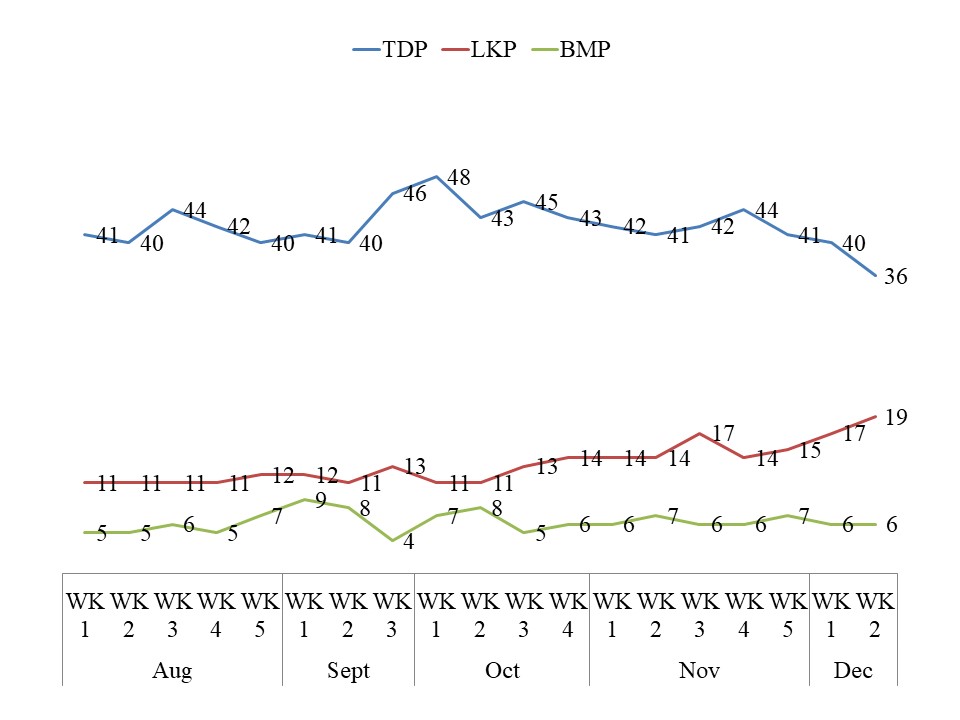 The Korea Exchange (KRX) decided on Dec 10 to resume trading of Samsung BioLogics, citing the company’s financial stability and continuity of business. The company’s stock trading was suspended in the wake of an accounting fraud scandal.[13] On Dec 13 prosecutors raided the company’s headquarter as well as its accounting firms Deloitte Anjin and Samjong KPMG to collect evidence related to the scandal.[14]

On Dec 13, the South Korean military began its regular two-day maritime exercise designed to defend the Dokdo islands. The scale of this drill was similar to previous years. Japan’s Ministry of Foreign Affairs expressed deep regret over the exercise stating that it is unacceptable in light of Tokyo’s claim on the islands.[15]