On May 9, North Korea launched two short-range ballistic missiles from the Kusong region in North Pyongan province.[1] The missiles flew 420km (1st) and 270km (2nd) with a maximum altitude of 50 km before descending into the East Sea. This round of provocation comes only five days after the last one.

South Korea announced on May 17 that it will provide $8 million food aid to help North Korean people. The response from the South Korean public has been rather mixed. 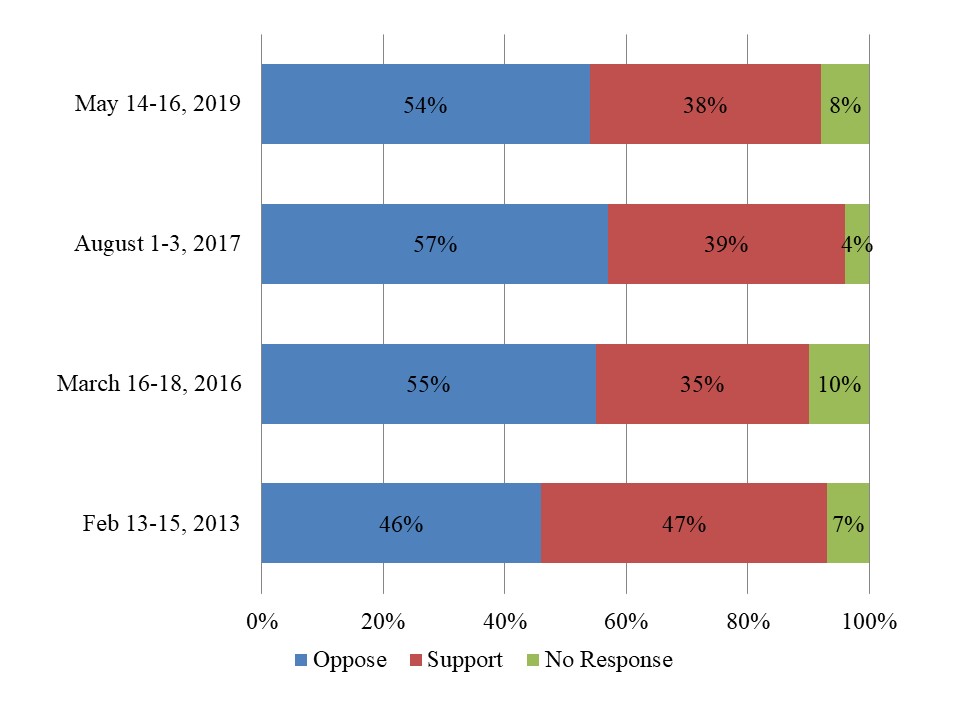 On May 15, Korea Statistics (KOSTAT) released the ‘Economically Active Population Survey (April 2019).’ According to the latest report, the number of unemployed people totaled 1.245 million during April, which is an increase of 7.2 percent from a year earlier. The level is highest since 2000 when the country was struggling to recover from the Asian Financial Crisis.[5]

According to a report released on May 12 by the Institute for International Trade (IIT) of the Korea International Trade Association (KITA), the US-China trade dispute would lead to a decline of 0.14 percent (USD 870 million) in South Korea’s total exports. The impact of the US-China trade dispute on South Korean economy is significant. As of last year, South Korea’s exports to the US and China account for 12.1 percent and 26.8 percent of its total exports, respectively.[6]

Public Opinion on the Economy

According to a poll conducted by the JoongAng Ilbo, 54.6% of South Koreans are not satisfied with the Moon administration’s economic policy. The breakdown by occupational category reveals that self-employed business owners were among the most dissatisfied group, with 67.0% responding that they are not happy with the government’s economic policy.[7]