Altogether there are five bills under consideration – namely, Amendment of the Criminal Procedure Act, Amendment to the Prosecutor’s Office Act, Amendment to the Public Election Act, and two bills related to the installation of the special investigative body for high ranking officials.[2] The Public Official Election Act seeks to increase the number of proportional representation seats in the National Assembly from 47 to 75 and lower the voting age to 18.

The fast-track option was strongly opposed by the Liberty Korea Party (LKP) because this procedure prevents the LKP from preventing a bill from coming to a floor vote. The LKP opposes the amendment to the Election Law because it may reduce the number of LKP seats in the National Assembly while increasing the seats of other smaller parties.

Nonetheless, the future of the fast-tracked bills remains uncertain. The LKP has vowed to prevent the bills from passing the National Assembly while the BP is split about this issue.[4] The public opinion polls show that 51.9% favor the recent development while 37.2% are opposed. 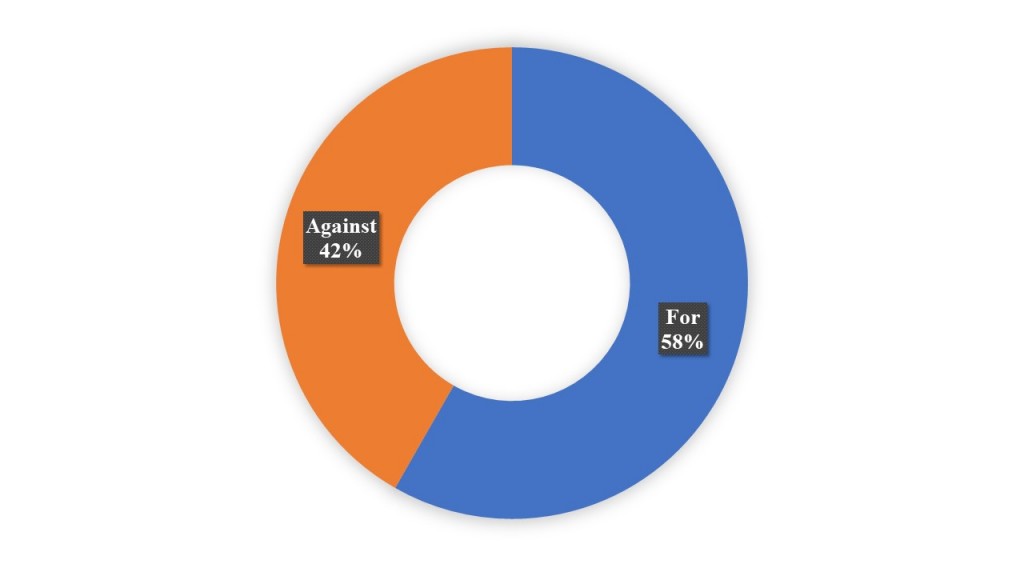 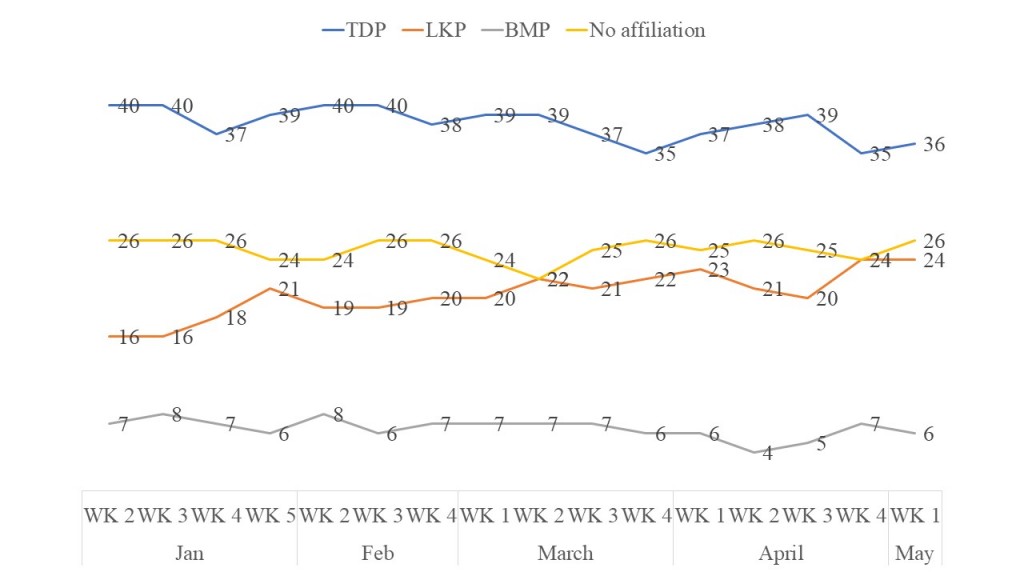 North Korea fired multiple rounds of short-range missiles from its east coast town of Wonsan directed towards East Sea around 9:06-9:27 am on May 4. The missiles flew for about 70~100km. The Japanese government stated that the projectiles were not ballistic missiles and that they did not reach Japan’s maritime zone. Secretary Pompeo stated that the US will continue to keep dialogue channels open and that the latest act by North Korea was not threatening.

On April 27, Goseong DMZ peace trail opened to the public.[8] Government’s initial plan was to open up the DMZ in three regions (i.e. Goseong, Cheorwon, and Paju) but only Goseong is open due to safety concerns. On the same day, President Moon delivered a speech to mark the First Anniversary of the Panmunjom Declaration. President Moon emphasized the need to be patient with North Korea.[9]

Korean media outlets reported that the UN Command will hand over the administrative authority of the JSA to South Korea.[10] The UN Command, however, will still hold legal jurisdiction of the JSA. This arrangement follows the Sept 19 Agreement, in which the two Koreas agreed to demilitarize the JSA.

Chile’s President Sebastian Piñera visited South Korea during April 28-29.[11] He held a summit meeting with President Moon and discussed expanding the economic partnership between South Korea and Chile as well as enhancing cooperation on peace in the Korean Peninsula and South America. President Moon also expressed his willingness to become an associate member of the Pacific Alliance. The two heads of state signed a bilateral agreement on defense cooperation and three MOUs on ICT and transportation.

On April 23, a number of Japanese lawmakers visited the Shrine to pay respects to the country’s war dead. Instead of visiting the shrine, Prime Minister Abe sent a masakaki offering. South Korea’s Ministry of Foreign Affairs issued a statement, expressing “deep disappointment and regret.”[12]

Meanwhile, Japan decided not to participate in the joint naval exercise in Busan involving 18 members of the ASEAN Defense Minister’s Meeting-Plus (ADMM-Plus). The joint naval exercise consists of two parts. Japan decided not to take part in the first part hosted by South Korea, but Tokyo announced that it will participate in the second part which will take place in Singapore. The dispute between South Korea and Japan began last December over Tokyo’s claim that a South Korean naval warship directed its fire-control radar against a Japanese patrol plane.[13]

On May 3, Former Vice Foreign Minister Lim Sung-nam was nominated as the new ambassador to the Mission of the Republic of Korea to the Association of Southeast Asian Nations (ASEAN) in Jakarta. Lim is a career diplomat with over three decades of service. Before becoming the Vice Foreign Minister, Lim served in various high-ranking positions. He was once the chief negotiator to the Six-Party Talks and the ambassador to the United Kingdom. Former Deputy Director of the NSC Nam Gwan-pyo and Consul General in Vladivostok Lee Sok-bae were officially appointed as the new ambassadors to Japan and Russia, respectively. Ambassador Cho Yoon-je remains at his current position in Washington.[14]

According to the latest data released by the Bank of Korea (BoK) on April 25, South Korea’s economy contracted by 0.3 percent points in 2019 Q1 compared to 2018 Q4. This is the most significant decrease since the 2008 Q4 when the country’s economy contracted by 3.3 percent points. Experts cite falling exports and facilities investment as the main reasons for the disappointing performance. Exports fell by 2.6 percent in the first quarter of this year, led by the weak performance of semiconductors. Facilities investment declined by 10.8 percent, due to a decrease in demand for machinery and transportation equipment.[15]

[2] Official website of the National Assembly of the Republic of Korea, [available at: http://korea.assembly.go.kr/wha/pre_list.jsp?boardid=1000000028]