On May 30th, 2016, the Asan Institute for Policy Studies hosted a forum with U.S. Senators Joni Ernst (R-IA), Cory Gardner (R-CO), and Dan Sullivan (R-AK). After brief introductions of each senator, the conversation turned to key topics of the U.S.-R.O.K alliance, North Korea and regional security, and the U.S. presidential elections. Dr. Hahm Chaibong, President of the Asan Institute for Policy Studies, began with several discussion questions before opening up to a Q&A session with the audience.

The senators remarked that the newest generation of U.S. senators are keenly interested in U.S.-R.O.K relations and the global influence of the Asia Pacific region. Sen. Dan Sullivan highlighted the fact that their trip coincides with Memorial Day in the U.S., revealing the importance placed on the alliance in terms of U.S. foreign policy. Senator Joni Ernst followed up with the observation that beyond the commitment of armed services, the U.S.-R.O.K alliance seeks to make more partnerships, especially through “parallel lines of efforts with trade agreements.”

Dr. Hahm first raised the issue of ongoing U.S. elections and inquired whether South Korea should be worried about the U.S.’ future commitment. The senators concurred that as new members of the U.S. Senate, they believe in the strength of the U.S.-R.O.K alliance and moving it forward. Sen. Sullivan also articulated that it would be “the responsibility of the U.S. Senate to educate [their own citizens], in addition to informing and implementing foreign policy.”

Next, Dr. Hahm asked the senators about the realistic expectations of sanctions on North Korea, and whether they can be strengthened. Sen. Gardner responded that the U.S. approach to sanctions on North Korea has “changed from a discretionary model to a mandatory [one], unless the President files a national security waiver.” There will be three primary tasks to accomplish under this mandatory sanction regime: 1) tougher sanctions; 2) a stronger relationship between North and South Korea, using trilateral influences to engage China; and 3) a need to communicate with the North Korean people. When the international community imposes sanctions and deprives the North Korean regime, it will be the people that suffer the most. Therefore, communicating information to the North Korean people about the outside world will be crucial. It will be the job of the U.S. to ensure that sanctions are strictly and uniformly enforced.

The subject of China influencing North Korea and how South Korea can work with the U.S. was then raised. Sen. Gardner surmised that these relationships are extremely important and more engagement is necessary. As China continues to grow, ensuring that they follow international laws will be critical. Sen. Sullivan followed up with the observation that “more Americans need to recognize the rise of China as the most significant and important policy challenge in the next few decades.” In particular, relationships with U.S. allies (including U.S.-Japan and U.S.-R.O.K.) need to be strengthened. Sen. Ernst also highlights that the state of Iowa has robust agricultural exchange with China. She would like to see an improved China-Taiwan relationship, where the U.S. should support continued dialogue through both traditional and non-traditional channels.

Lastly, Dr. Hahm asked what areas should be improved upon with regards to the U.S.-R.O.K Free Trade Agreement (FTA) and the Trans-Pacific Partnership (TPP). Sen. Ernst observes that the FTA is working “quite well” and she would “want to see more agricultural products coming into the region.” Sen. Sullivan remarked that free trade can be a difficult task with “a lot of frustration.” From the U.S. perspective, optimal implementation and levels of foreign direct investment are important to deepen economic relationships. Energy cooperation also needs to be improved: with the U.S. now producing their own energy resources, Sen. Sullivan believes that the U.S.-R.O.K relationship has “enormous potential.” Concerning the TPP, Sen. Gardner observes that it is “very much an agreement that will be supported by the U.S. as long as everybody benefits.” Hence, Sen. Gardner believes that there is a good chance for South Korea to join. Although the TPP is important and the U.S. Senate is generally supportive, Sen. Ernst warned that “it will be a challenge… to get it approved and then onto the President.”

During the Q&A session, the conversation addressed the difference in U.S. responses to North Korea’s most recent nuclear bomb test and Donald Trump’s prospects as the Republican Presidential nominee. The senators stressed that regardless of whoever becomes the next President, the U.S. will continue demanding North Korea’s denuclearization. As Sen. Sullivan explains, this is evident in the “very tight and tough sanctions approach to North Korea with very few exceptions” that was recently implemented.

Regarding the prospects for Donald Trump, the Senators all agree that he has gained much momentum across the U.S. According to Sen. Ernst, Trump “speaks very bluntly to a lot of the frustrations many Americans have with the federal government.” The middle class are the ones who have been the most supportive of Trump, as they feel he has been empowering them by voicing their frustrations. Sen. Sullivan also points out that in the last decade, the U.S. has experienced “horrible growth” with an average GDP of only 1.5%. As such, he believes that “whoever has the best ability to speak to this issue of no growth will do well [in the elections].” 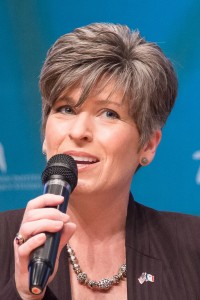 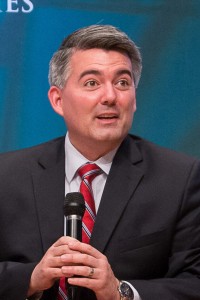 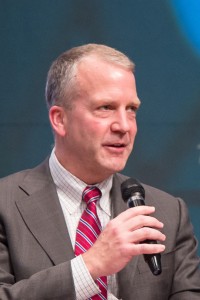