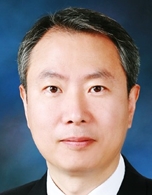 Dr. Choi Jinwoo is the director of the Hanyang Peace Institute at Hanyang University. He joined the Department of Political Science of Hanyang University in 1999. He was the dean of the College of Social Sciences from 2014 to 2016. In 2015, he served as the president of the Korean Political Science Association and in 2010 as the president of the Korean Society for Contemporary European Studies. As a European specialist, he published numerous works on such subjects as: theories of regional integration; policies of the EU; EU’s foreign relations; comparison of regional integration in Europe and East Asia; and etc. Currently he is leading a research project funded by the National Research Foundation of Korea since 2010, the title of which is “Cultural Governance of Border-crossing and Border-installing: Experiences of Europe and Future of East Asia.” After successfully completing the first two stages of the research, the project reaches its third stage, and the twenty members of the project team are exploring the possibility of paradigm shift in dealings with ‘otherness’ from recognition and coexistence to hospitality and conviviality. Dr. Choi received his Ph.D. in political science from the University of Washington in 1995.