On Sept 15, North Korea launched its intermediate range missile called “the Hwasong-12″ over the Japanese airspace.[1] The KCNA announced that North Korea is almost finished with its nuclear and missile development. The South Korean military responded by firing two Hyunmoo-II ballistic missiles.

The latest test is being interpreted as a response to the latest UN sanctions (UNSC 2375), which for the restricts export of crude and refined oil to North Korea. The timing also coincides with the latest cruise missile (Taurus) test conducted by the South Korean military on Sept 13.[2]

The continuation of these tests puts President Moon in an awkward position given that he is looking for an opening to engage with the North Korean regime. The latest test was followed by the Ministry of Unification’s announcement to provide $8 million worth of humanitarian aid to North Korea. Defense Minister Song Young-moo, however, stated that the timing of this aid transfer will be announced at a later date.[3]

There are concerns about the government’s handling of the North Korean problem. For instance, the major Korean media outlets reported recently that Defense Minister Song Young-moo and the president’s special advisor Professor Moon Chung-in have been bickering over the issue of creating a “decapitation unit.”[4] Meanwhile, the US Defense Secretary James Mattis stated on Sept 18 that there are military options on North Korea that would not endanger Seoul. 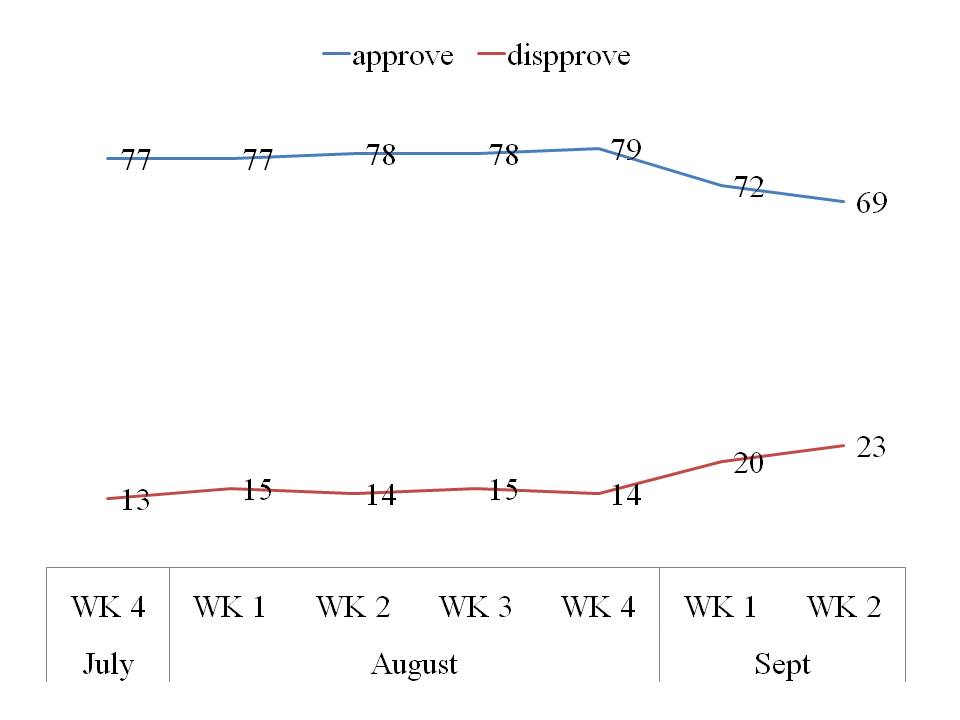 The 72nd session of the UN General Assembly meeting was held in New York during Sept 19~25. As expected, North Korea was one of the key issues in this year’s UNGA. President Trump delivered a controversial address calling Kim Jong-un ‘the rocket man’ and threatening to ‘totally destroy’ North Korea. President Moon emphasized the need to put pressure on North Korea while stressing the importance of maintaining peace on the Korean Peninsula. Many Korean media outlets reported that Moon delivered a balanced speech. However, others were highly critical of the President encouraging North Korea to participate in the 2018 Pyeongchang Winter Olympics.[5]

The leaders of the US, South Korea, and Japan also held a side meeting on Sept 22 to discuss North Korea. The three countries agreed to deepen cooperation.[6] During the opening statement of the trilateral summit, President Trump announced an executive order that would impose sanctions on foreign companies and banks that trade with North Korea.[7] South Korea welcomed the move while North Korea responded by threatening to detonate a hydrogen bomb in the Pacific.

On Sept 12, data reports from the Organization for Economic Co-operation and Development (OECD) ranked Korea 31 out of the 35 OECD countries in unemployment among those workers in their late twenties and early thirties.[8] Youth unemployment (15-29) rate is at its highest since 1999. Contributing factors include low employment in sectors like hospitality, construction, and science and technology.[9]

To address the high youth unemployment problems, the new administration has proposed to phase out temporary employment. In the first phase, public institutions will be required to transition temporary contract based jobs into permanent ones.[10] The result has been a dramatic drop in hiring-track internship opportunities.[11] 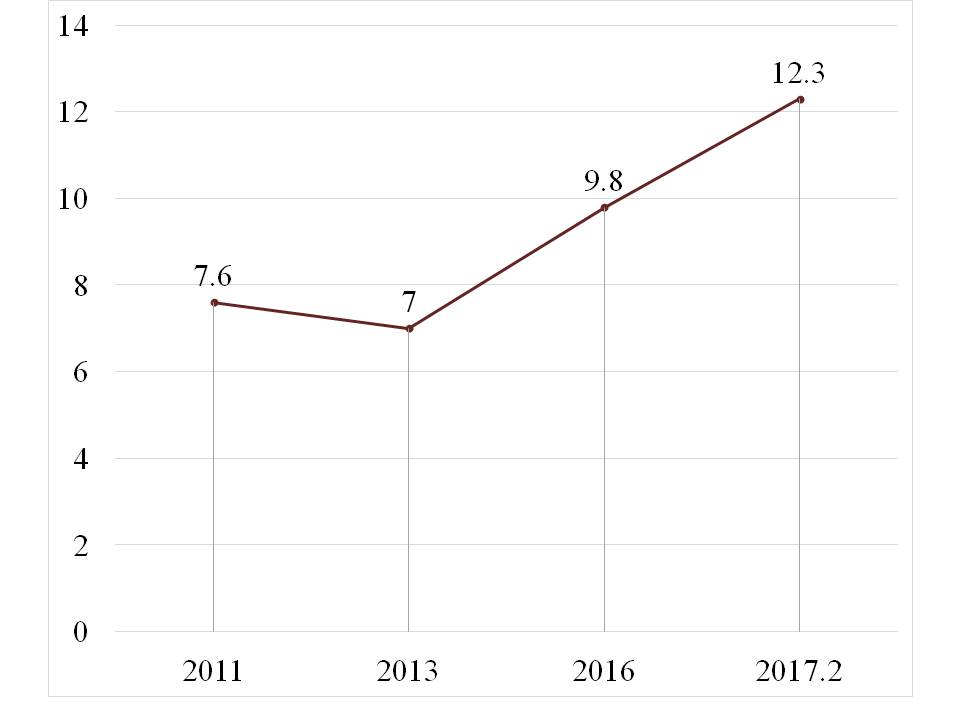 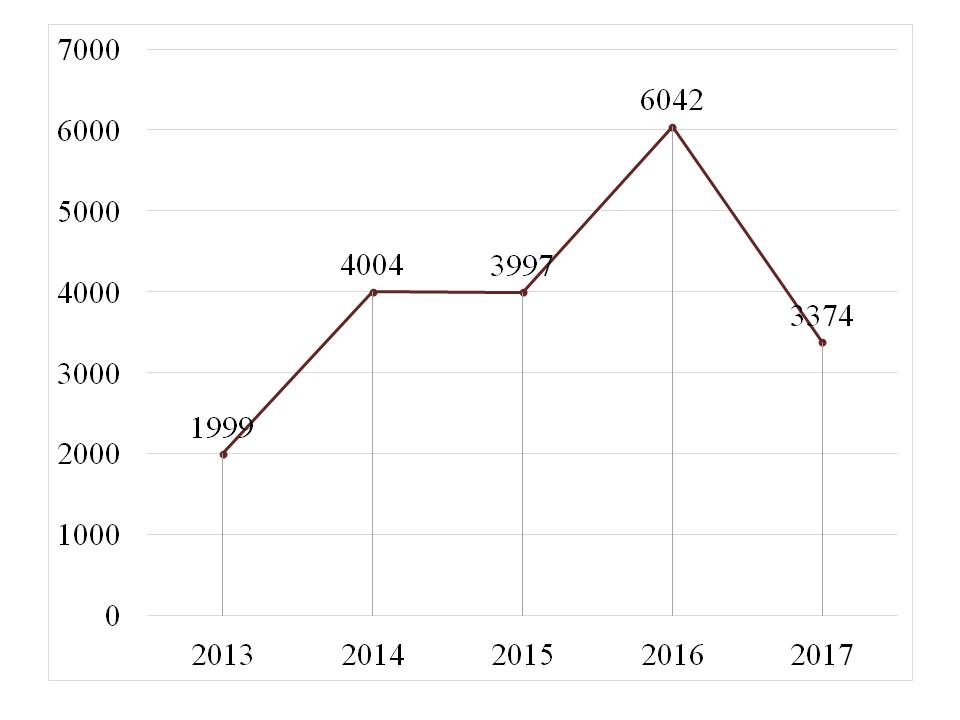 On Sept 20, the Korean National Assembly called for measures to address the rapidly rising household debt. According to figures from the Bank of Korea, household debt increased by 55.3% from the 2012 levels and currently stands at KRW 1.4 trillion.[13] 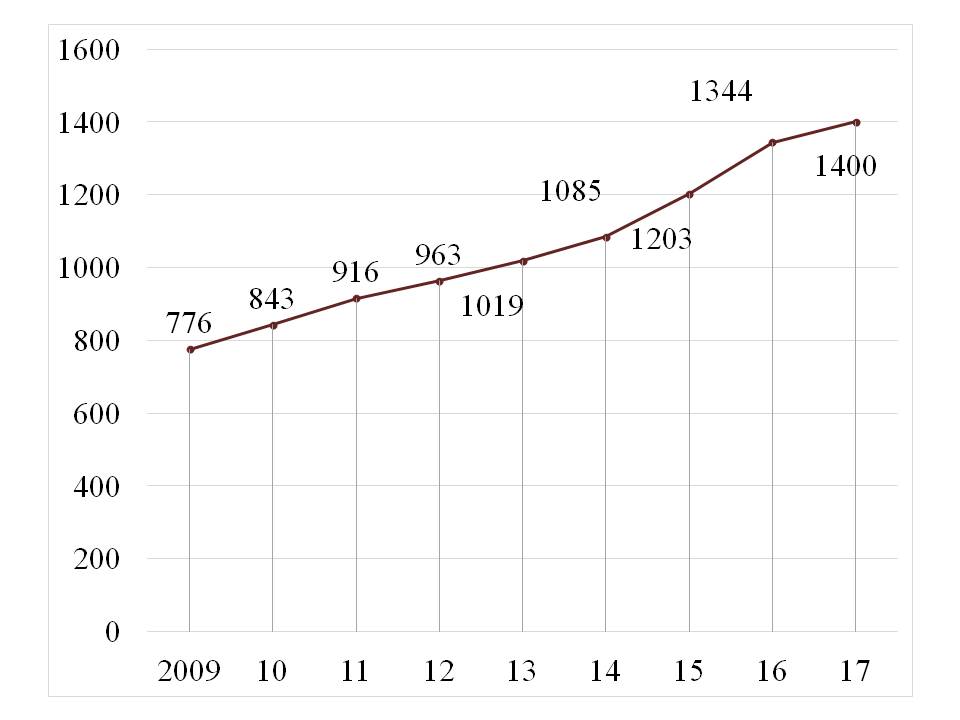 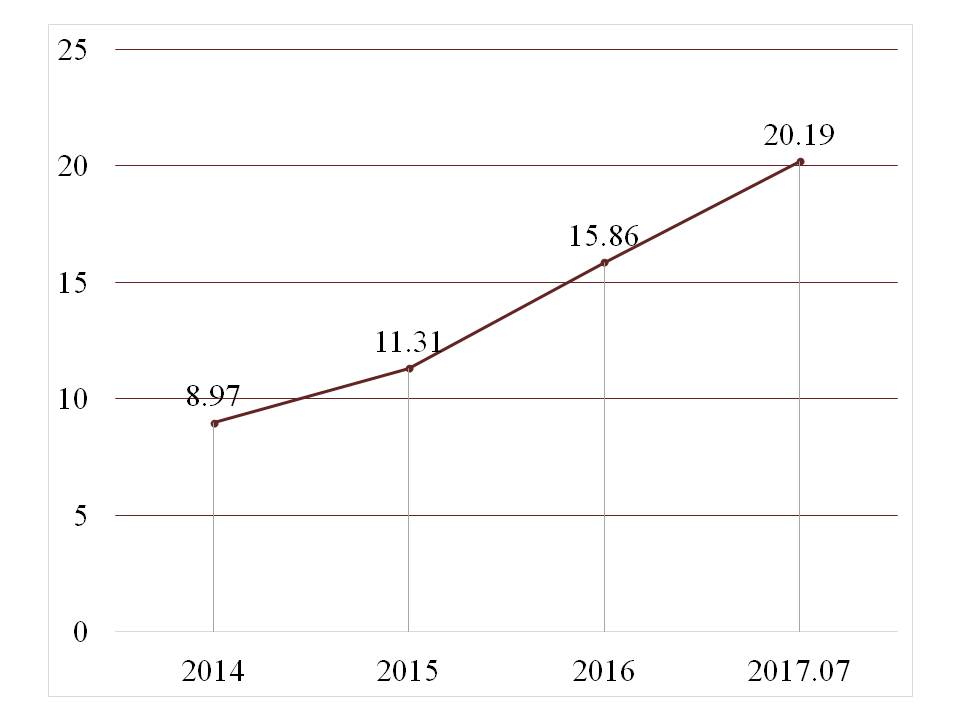 8-2 Real Estate Reform is seen as the root cause for the rise in high-interest loans by the so-called “savings banks” in South Korea. In spite of having four times the interest rates on loans than commercial banks, total lending from savings banks reached a record high. Data shows that on Sept 13, total liabilities reached KRW 20,186.4 billion (USD 17.86 billion), which is twice what it was five years ago.[14]

Kim Hyeon-Jong, the head trade negotiator revealed on Sept 13 that the South Korean government is exploring the possibility of approaching the WTO to file complaints against China.[xvi] [15] Korea filed its first official complaint at the Council for Trade in Services during March and plans to initiate claims this October.[16] Both are in response to non-tariff trade barriers that China has imposed on South Korean firms for the THAAD deployment.

These initiations run parallel to another set of complaints that Korea has lodged against China involving six special trade concerns (STCs) filed at the committee meeting for technical barriers to trade (TBT).[17] These involve a potential violation of WTO law concerning discriminatory administrative barriers against Korean firms that unfairly benefit domestic Chinese firms for products like infant formula.

While the government has not officially confirmed whether it will approach the WTO Appellate Body, observers speculate that South Korea will appeal to its right to security exceptions guaranteed under Article XXI (2) of the General Agreement on Trade in Services (GATS), a central instrument in the WTO regulatory framework.[18]

Shin Dong-joo, the former vice chairman of the Lotte Group, pledged to sell 97% of his holdings in Lotte Shopping, Lotte Confectionery, Lotte Chilsung Beverage, and Lotte Food.[19] The move effectively diminishes Shin Dong-joo’s position in Korea and gives his younger brother Shin Dong-bin control of the holding company, which will control the four businesses. The decision was made after years of family feud between the two brothers over managerial control of South Korea’s fifth largest conglomerate.[20]

Many experts view the decision more as a tactical retreat than a surrender. Shin Dong-joo will receive close to $620 million after the deal and will most likely invest his money in strengthening his position in Lotte Japan.[21]