US-ROK relations appeared tenuous at times as President Trump stated that the South Korean government agreed to contribute an additional $500 million towards basing of US troops in South Korea when the actual figure was significantly lower than this.[1] The South Korean government issued an official statement to refute this claim.[2] Experts argued that the remarks were aimed at pressuring South Korea to increase its contribution during the next round of negotiations for the new Special Measures Agreement.[3] It was also interpreted as a signal to other allies that they should raise their contribution as well.

Members of South Korean National Assembly including Speaker Moon Hee-sang and leaders of major political parties visited Washington DC. They met with Nancy Pelosi for a meeting that lasted for an hour.[4] The two sides exchanged views on the upcoming US-DPRK summit. But Pelosi’s statements about North Korea and ROK-Japan relations were interpreted as criticisms of the South Korean government’s policy.

National Assembly Speaker Moon Hee-sang, in an interview with Bloomberg on Feb 8, stated that Japanese Emperor Akihito as “the son of a war criminal” should apologize to the Korean comfort women. During a meeting at the Japanese Diet on Feb 12, Prime Minister Shinzo Abe demanded an apology and retraction from Speaker Moon.[5] In an interview with the Chosun Ilbo on Feb 17, Speaker Moon stated that he did not plan on issuing an apology or saw the need to do so.[6]

On Feb 15, President Trump stated that there is no timeline for the denuclearization of North Korea. He also stated that he was satisfied with the fact that North Korea has not “tested” any missiles or nuclear devices. Some observers in South Korea held out hope for a deal between the US and North Korea involving the dismantlement of the Yongbyon nuclear facility in exchange for partial sanctions relief or reopening of the Kaesong Industrial Complex and Mount Kumgang tour.[7]

Do you think North Korea will follow through on the agreement if one is reached?[8] 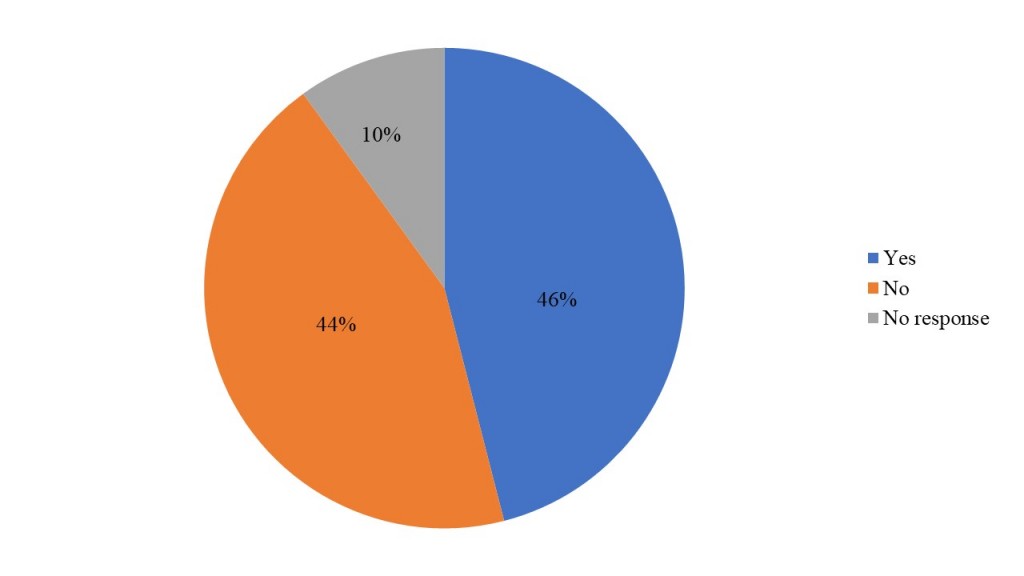 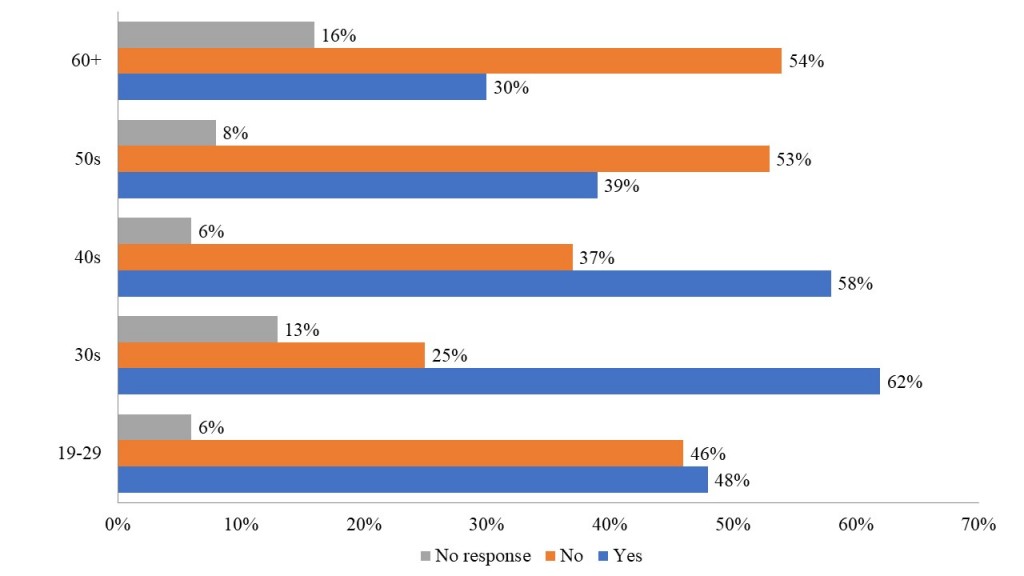 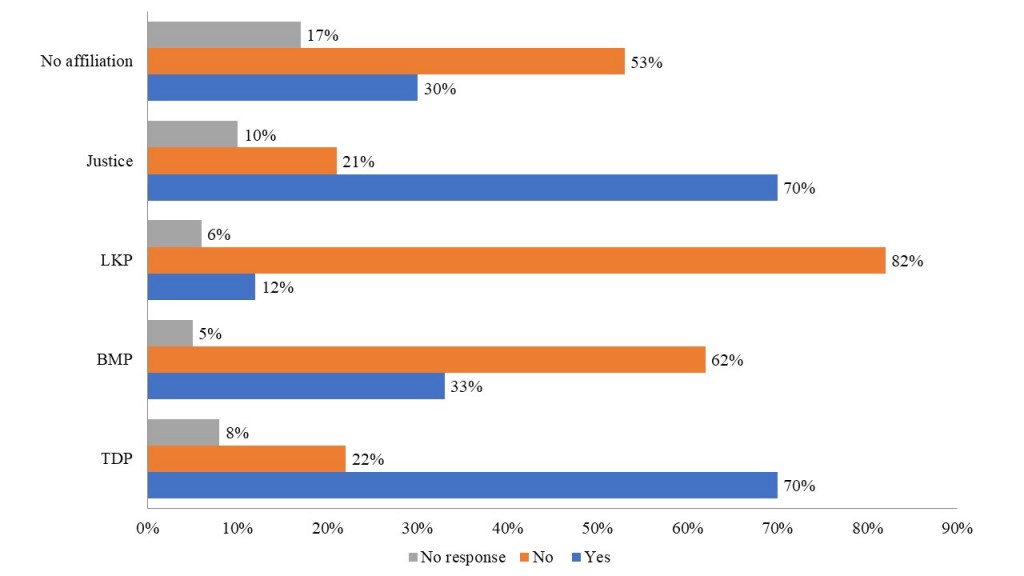 India’s Prime Minister Modi visited South Korea during Feb 21-22 for a summit meeting with President Moon.[10]The two countries signed a Memorandum of Understanding (MoU) and agreed to expand cooperation in the areas of science,  technology, space, and defense.

According to the Korea National Statistics Office (KOSTAT), approximately 26.2 million people were employed last month. The overall unemployment rate for January was the highest on record (4.5 percent) since 2010 (5.0 percent) when the country was struggling with the global financial crisis.[11]

According to the Ministry of Land, Infrastructure, and Transport (MOLIT), South Korea’s property sales decreased to 50,286 last month, the lowest level in six years. Housing sales in the capital decreased by 30.8 percent while property sales in rural areas dropped by 15.8 percent compared to January 2018. Experts claim that the decline is primarily due to government regulation which has decreased investor confidence.[12]

Exports from South Kore dropped by 11.7 percent from a year earlier, according to data released by Korea Customs Service (KCS) on Feb 21. This is mainly due to the decline of semiconductor prices as well as the continued slowdown in sales to China.[13] 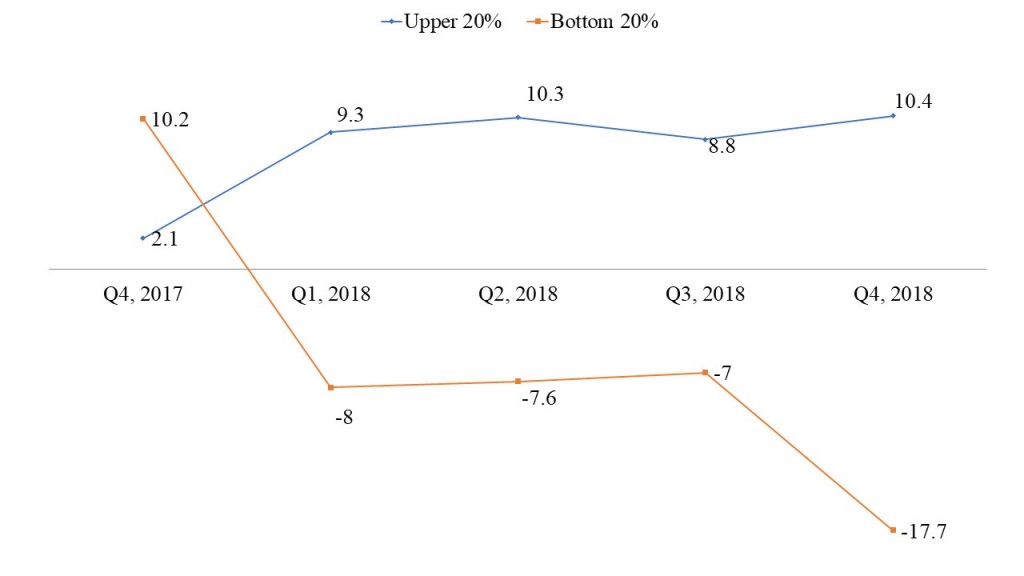