Historically, South Korea has pursued a strategy of choice avoidance in management of relations between the United States and China, but China’s economic retaliation following South Korea’s 2016 decision to accept deployment of a U.S. mid-range missile defense system to counter North Korea’s ongoing missile development has soured South Korean public perceptions of China. In addition, the ongoing Sino-U.S. trade war and deepening negative perceptions of China as an emerging adversary, as reflected in the latest U.S. National Security Strategy, have generated U.S. pressure on South Korea to make the choice to side with the United States.

The South Korean public holds similar opinions of the leaders of these countries. The survey data shows that South Koreans have a more favorable view of China’s President Xi Jinping (3.28) than North Korea’s leader Kim Jong-un (2.88) and Japan’s Prime Minister Shinzo Abe (1.56), but the U.S. President Donald J. Trump (4.89) is the most favored leader. The average favorability of country leaders was about five points, which can be interpreted as neutral. Unfavorable views of China’s President Xi Jinping reached 60 %, higher than that of Kim and lower than that of Abe. Interestingly, Xi’s favorability is lower among younger respondents (20s=2.77, 30s=2.89) than older ones (50s=3.66, 60+=3.61). China’s favorability was also higher among older respondents (50s=3.84, 60+=4.04) than younger ones (20s=3.54, 30s=3.54). 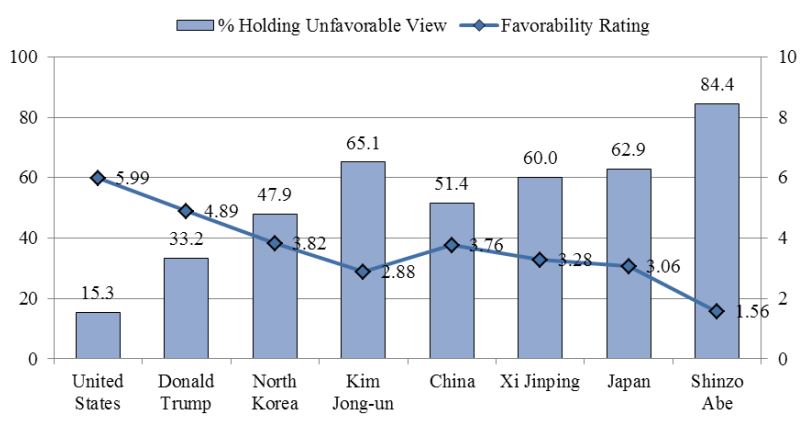 Power Rivalry Between the United States and China

Table 1. South Korean Views on the Power Rivalry Between the United States and China4 (%)

The South Korean public’s assessment of the relative positioning of the United States and China appears to inform their opinions about the impact of bilateral relations on South Korea’s national security. When asked about the impact of bilateral relations with neighboring countries, 81.6% of respondents see U.S.-ROK relations as having a positive impact and only 15.2% responded in the negative (See Figure 2). Opinions are more split on Sino-ROK relations (positive 50.5%, negative 45.2%). The public has similar views on North Korea (positive 53%, negative 42.5%). In contrast, the respondents saw Japan-ROK relations as being on net more negative for South Korea (positive 29.3%, negative 66.4%), an apparent result of heightened tensions between South Korea and Japan over historic grievances. 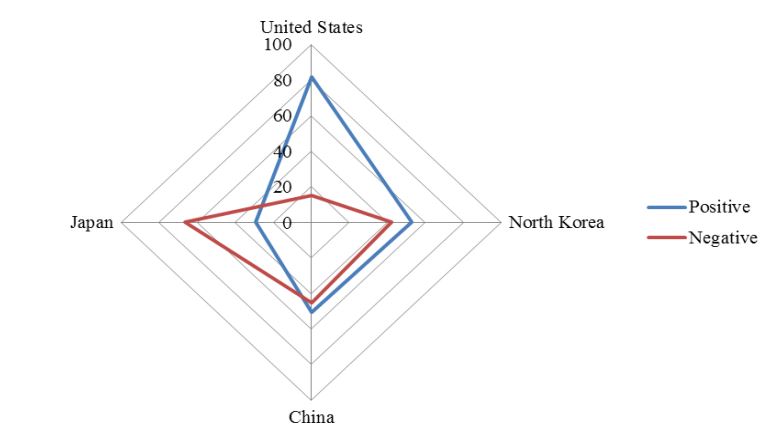 South Koreans remain concerned by the potential impact of the ongoing trade dispute between the United States and China. Over 75% of respondents think the U.S.-China trade war will negatively impact South Korea’s national security (See Table 3). Consistent with their role as the most economically active segments of the overall population, middle-aged and more educated respondents expressed the most pessimism (30s=82.8%, 40s=79.4%, and 50s=75.4%). 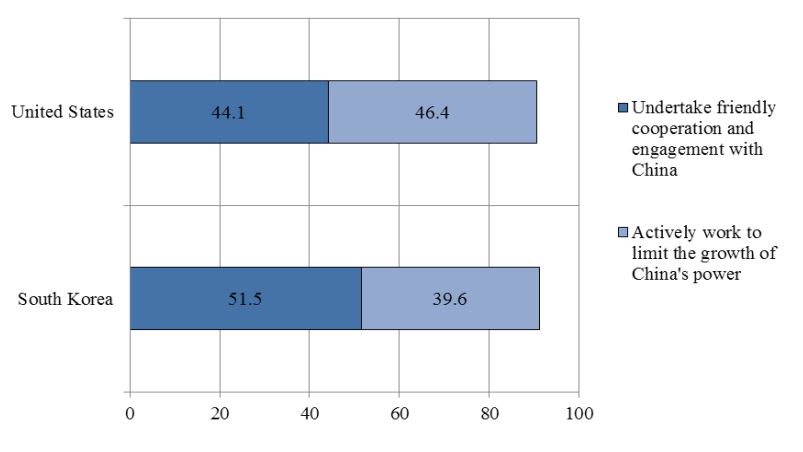 Three main factors account for this change. First, Sino-ROK bilateral relations sharply declined after South Korea reached an agreement with the United States to deploy the Terminal High Altitude Area Defense (THAAD) capability in July 2016. China responded by accusing South Korea of working with the United States to threaten China’s strategic interests. Subsequently, there was a nationwide boycott against South Korean goods and services in China. Bilateral relations between South Korea and China have yet to recover.

Second, during Trump’s presidency, the U.S. role in Korean Peninsula affairs and North Korean denuclearization has grown. So far, Trump has met with Kim three times in an attempt to negotiate a denuclearization deal with North Korea, a marked change from the escalation in 2017 that coincides with the policy preferences of the current South Korean administration.

Finally, the U.S.-ROK bilateral relations have progressed significantly over the past two years. The United States and South Korea successfully renegotiated the Korea-U.S. Free Trade Agreement and agreed to complete implementation of revised wartime operational control arrangements that will signal greater South Korean responsibility for its own security by the end of South Korean President Moon’s term. Though the two countries have yet to address a number of outstanding issues, including the new Special Measures Agreement dividing the costs of supporting U.S. troop presence in South Korea between the two countries, the South Korean public has little to complain about as far as the U.S.-ROK alliance is concerned. 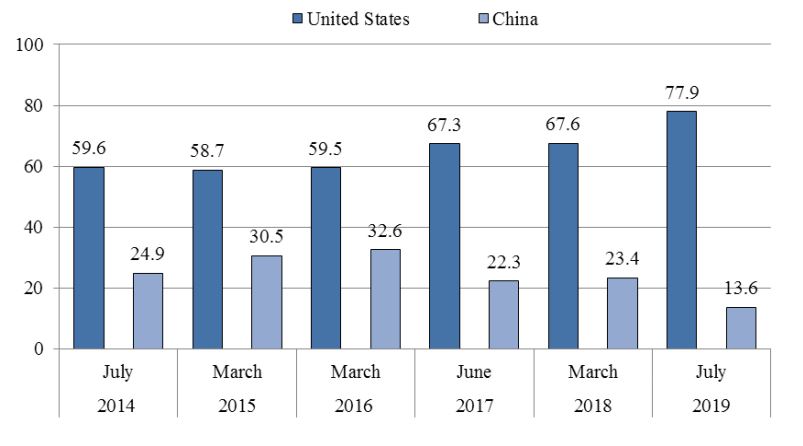 South Koreans face a growing realization that China will continue to rise, checked by concerns about the implications for South Korea’s national interest. Increasingly, China’s economic power appears to be less of an opportunity for South Korean to take advantage of to secure its own prosperity and more of a risk factor that requires a hedge. South Korean favorability and positive preferences for continued engagement with its American allies suggest that the alliance is valued because it offers a hedge against the perceived risks associated with China’s regional expansion of power and influence.

Scott A. Snyder is senior fellow for Korea studies and director of the program on U.S.-Korea policy at the Council on Foreign Relations (CFR). His program examines South Korea’s efforts to contribute on the international stage; its potential influence and contributions as a middle power in East Asia; and the peninsular, regional, and global implications of North Korean instability.

Ellen Swicord is Research Associate for Korea studies and the program on U.S.-Korea policy at the Council on Foreign Relations (CFR).