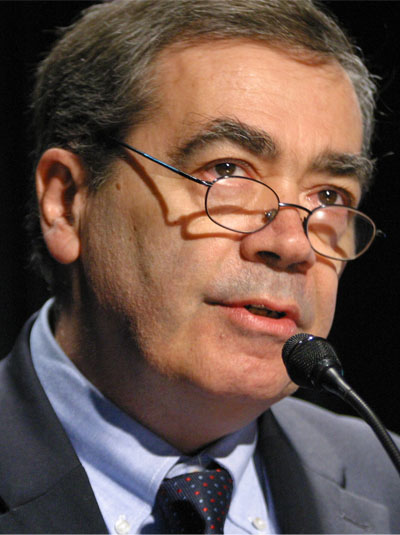 Professor Emeritus of Economics, Sciences Po
Session 1 - "Back to Modernity in the EU?" / Plenary Session 2 - "Global Financial Order After 2008"

Dr. Messerlin is Professor Emeritus of economics at Sciences Po. He also serves as Chairman of the Steering Committee of the European Centre for International Political Economy (ECIPE) in Brussels. Previously, he was a special advisor to Mike Moore, the WTO Director General (2001-2002). He also served with Ernesto Zedillo, former President of Mexico and Director of the Yale Center for the Study of Globalization, as co-chair of the United Nations Millenium Development Goals Task Force on Trade for Development (2003-2005) and of the World Bank Task Force on Global Finance and Trade Architecture (2008-2011). He was also Chair of the Global Trade Council of the World Economic Forum (2010-2011) and Deputy-Chair of the same Council (2011-2012). In addition, he served as director of the Groupe d’Economie Mondiale at Sciences Po (1998-2012). Dr. Messerlin specializes in trade policy and regulatory reforms, more particularly WTO issues, EC commercial policy, services liberalization and the“Better regulations” initiatives. His work includes numerous articles and books, most recently Measuring the Costs of Protection in Europe: European Commercial Policy in the 2000s (Peterson Institute for International Economics, 2001) and Europe after the No Votes (Institute of Economic Affairs, 2006). Dr. Messerlin received a Ph.D. in economics from the University of Paris.